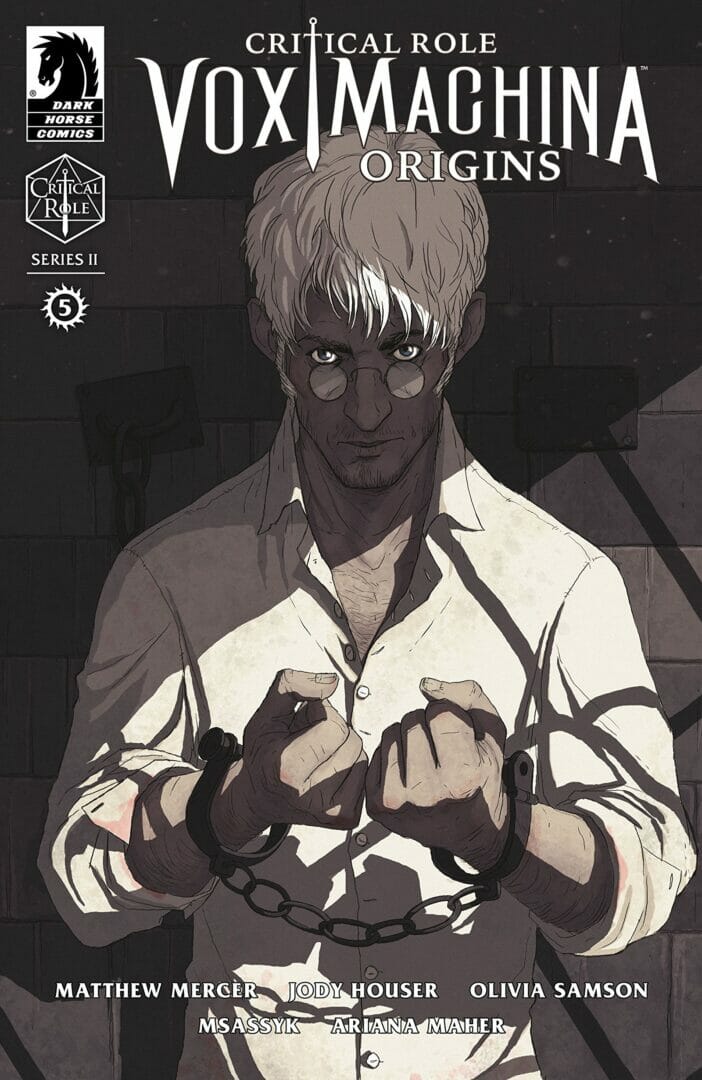 
Fighting against a cult seems to bring people together.

In Issue #5 of Dark Horse Comics’ “Critical Role: Vox Machina Origins II,” released on Feb. 19, the misadventures of Vox Machina continue as the tale of how the famous adventuring group first came together unfolds further. This penultimate issue of the comic series based off the hit D&D web show prepares for its finale by bringing in the last character who joined the party: Percival “Percy” Fredrickstein von Musel Klossowski de Rolo III.

Earlier in the series, Vox Machina set off to find different ingredients needed in order to protect Grog and prevent a lich named Drath Mephruhn from rising again. As a result of this, the group decided to split up in order to find the ingredients faster. Issue #4 followed Grog and the twins (Vex’ahlia and Vax’ildan) in their search for a nymph’s heart, and Issue #5 follows the other members (Scanlan, Keyleth and Pike) in their search for the skull of a nightmare.

When the three come across a town that is rumored to have cult activity within it, some of which includes summoning nightmares, they find themselves running into Percy. After talking to him, they realize that the cult might be closer to them than they think.

The comic’s visuals remain in top shape, with each artist (Coupleofkooks for the cover art, Olivia Samson for the normal art, Msassyk for the colors and Ariana Maher for the lettering) working to make a world that feels alive with its beauty, whether natural, supernatural or man-made. Each character’s design feels unique and easily identifiable, helping readers identify everything within this adventure easily.

From there, the plot also maintains its signature craftiness, with Jody Houser’s script fleshing out Matthew Mercer’s story for the visual medium. Each character has their own tone of voice and mannerisms, and Houser makes each character’s personality come out wisely, from Percy’s blunt wittiness to Scanlan’s sarcasm to Keyleth’s well-meaning innocence. Everyone has their own likable factors and establish their relationships with each other easily, highlighting how powerful a ragtag group of people can be in the right circumstances.

The script itself also has a good pace, having a well-thought out beginning, middle and end. Never does it feel like it is dragging on, and it keeps readers hooked throughout the course of the comic. One possible point of complaint is the somewhat anti-climactic finale, but it is held up enough by a great mix of action, suspense and humor that it can be easily forgiven.

Vox Machina Origins II has managed to keep telling a brilliant story of how one of the world’s most famous D&D adventuring parties first came together, and it leads into its finale with a strong pace. Combined with beautiful visuals and strong writing, it sets up a final battle that is sure to be one that readers will remember. Issue #6 is not set to release until Mar. 25, but for now, issue #5 is sure to fulfill readers’ hunger for adventure, humor, and companionship. Is it Wednesday yet?