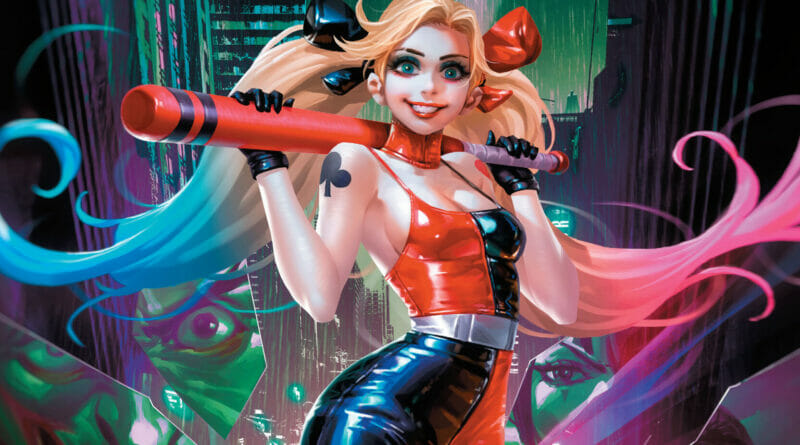 DC Future State may be over—but the present looks tense! With the loss of his fortune and manor, the election of Mayor Nakano, and the growing anti-vigilante sentiment in Gotham, Bruce Wayne must rethink how to be Batman…or risk being left behind by his own city. To make matters worse, a catastrophic crime wave has taken hold of the city, culminating in a murder mystery that hits close to home—the suspects mount, the clues multiply, and the trail of bodies hasn’t ended yet!

Eisner Award-winning writer Mariko Tamaki and superstar artist Dan Mora begin an exciting, surprising, and death-defying new chapter of Detective Comics. Plus, in the second and concluding chapter of “Demon or Detective,” Damian Wayne meets a startling new faction from his family’s checkered past…but what is the League of Lazarus?

“The Golden Age” reaches its conclusion in this issue that continues directly from Superman #29!

Following an almost-deadly attack by an alien foe, the new Superman realizes that any threat could be the one! Neither Superboy nor Superman know what’s behind this latest attack. Two words: the Wall. Plus, in an all-new backup “Tale of Metropolis,” writers Becky Cloonan and Michael W. Conrad continue the Midnighter story they started in DC Future State. But is the DC Universe ready for Trojan Solutions?

Gotham City’s fate hangs in the balance in this conclusion to Harley Quinn’s quest to catch a serial killer! Harley knew the risks when she agreed to help the GTO capture Gotham’s most savage new criminals, and all her fears have come to pass. Her pursuit of Starlet and the Producer has magnified the overwhelming responsibilities of motherhood, endangered her life and loved ones, and forced her to revisit the most painful memories of her own criminal past.

Now, on the eve of Starlet’s final spectacular act at the Gotham Film Festival, the case has become personal. As Harley grieves a shocking personal loss, she prepares to risk everything to prove she can deliver on her commitments and bring the case to a close. With one final assist from Bruce, Harley heads to center stage for a showdown that will make or break Gotham’s future—and determine Harley’s role within it.

In the aftermath of Dark Nights: Death Metal, catch a glimpse of brave new worlds within the DC Universe…but what are these strange planets? As we delve into the parallel lives of the Man of Steel and the Dark Knight, we’ll meet new villains, new heroes, alternate realities, and a transdimensional collision that you will need to see to believe! It’s the dastardly debut of a cadre of new villains, including the Spider Lady and her poisonous webs, Dr. Web, who sports a Kryptonite pendant, and the maniacal machinations of the Unknown Wizard!

You’ve never seen Batman and Superman like this before—so buckle up and get ready for the start of a new era courtesy of writer Gene Luen Yang and artist Ivan Reis!

Gotham City’s past, present, and future all come together to haunt the Dark Knight in exhilarating new stories from some of comics’ most noted luminaries as Batman Black & White continues! Eisner Award-winning writer Chip Zdarsky (Daredevil, Stillwater) and fan-favorite artist Nick Bradshaw (Wolverine & the X-Men, Spidey) team up for a story that brings Poison Ivy to the front door of Wayne Manor to demand ecological responsibility from Bruce Wayne!

Red-hot cartoonist Daniel Warren Johnson puts Batman at the mercy of Two-Face. Batman will have to remember the words of Alfred Pennyworth if he’s going to make it through this ordeal alive. Karl Kerschl, artist of Gotham Academy, writes and draws a tale of Batman investigating the occult mysteries of Gotham City’s past with his new Robin…Gotham Academy’s Maps Mizoguchi?!

Welcome to Teen Titans Academy! Packed with both new, super-powered teens and numerous dark secrets, Teen Titans Academy’s student body includes Shazam; a new Australian speedster; a trio of Goth(am) teen expatriates obsessed with Batman—and one member of this first class will become the deadly Red X. Original New Teen Titans including Nightwing, Starfire, Raven, Cyborg, and Beast Boy take on the role of teachers and mentors for superpowered teens. Their goal: to shape the next generation of heroes.

Ahem! You better read this closely, ’cause we’ve got a red-hot relaunch on our hands here—and I should know! Harley Quinn here to let everyone know that I got a brand-new monthly series here with a brand-new status quo. I’m coming back to Gotham City to make up for the sins of my past, and help the city recover from “The Joker War”! But there’s no welcoming committee waiting for me, your favorite Maid of Mischief! And between you and me, some real creeps are working to keep the city broken.

We can’t let that happen, can we? Rising-star writer Stephanie Phillips, my new partner in crime, takes me into a bold new era with her partner in artistic crime Riley Rossmo, who I gotta say designed a real nice new costume for me. You’re not gonna wanna miss this one, folks!