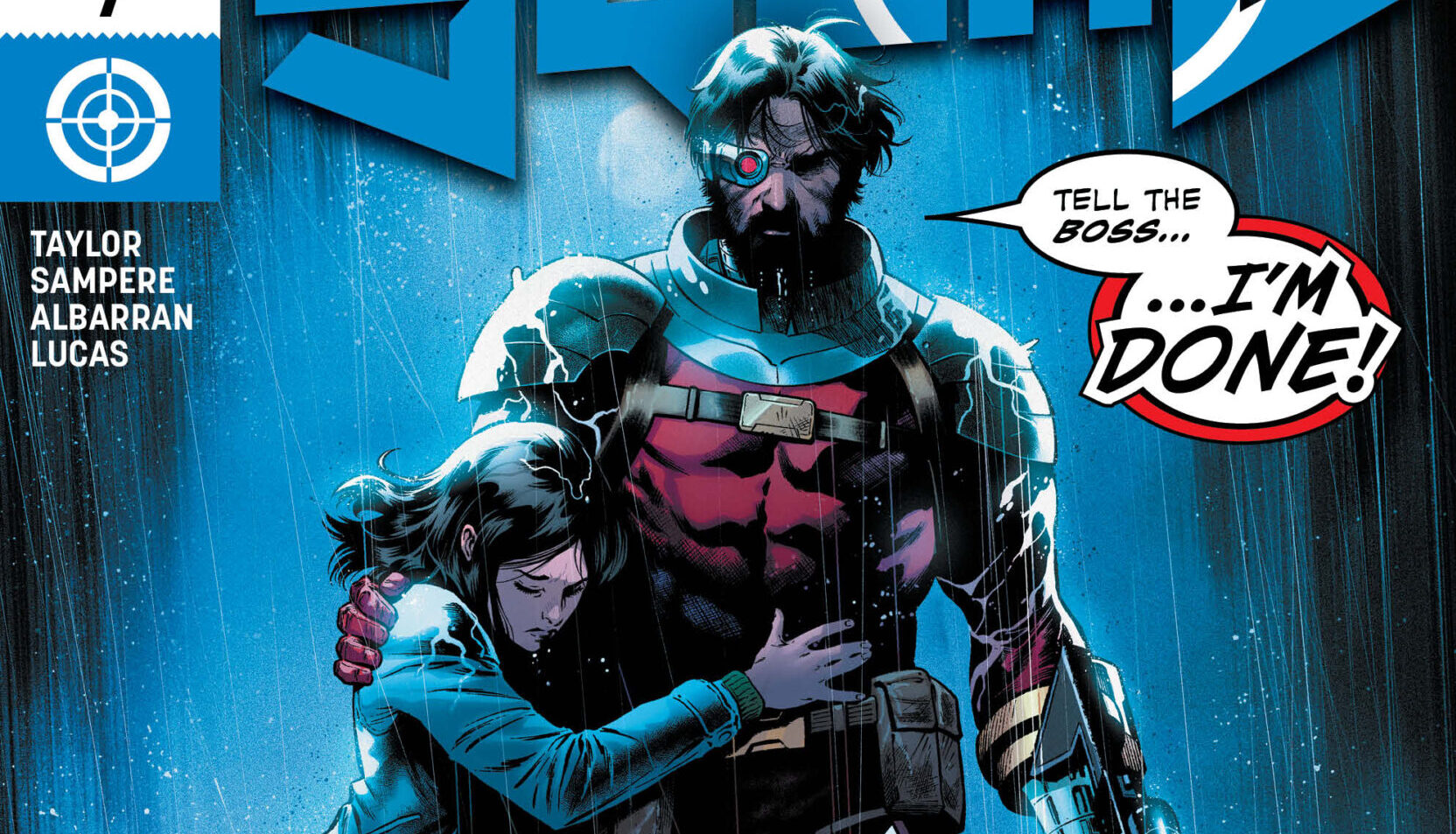 
This week in DC Comics a ton of stuff dropped. Here are our quick reviews so you know what should be in your read pile!

After a (in my opinion) successful story run by Steve Orlando he passes the baton to Mariko Tamaki to take our Wonder Woman to a new crossroads. Orlando gave us a new way to appreciate Diana’s willingness to always give others a chance at redemption even when they choose to deny a helping hand. Warmaster gave Wonder Woman a run for her money but couldnt handle the combined strength of Donna Troy, and Diana’s fellow Amazons. As well as bringing the technology and culture of the amazonian way to the world of man. Now with that being said its time for Tamaki to tell us her story.

Diana is now moving forward after the events with Warmaster and the new Amazonian embassies’ arrival. The narration builds the story unfolding, as it tells us the true threat is only becoming ever more difficult to fight. Especially when a villain like Max Lord rears his ugly head again. His powers have seemed to have grown since we last saw him during the Justice League events against Mephisto.

Now, this arc already boasts a great story, Max Lord has always been a premier villain for the Wonder Woman rogue gallery. And perfect timing with the hype of WW84 coming to theaters. So with this new creative team, I think it’s a great continuation for Wonder Woman to show us why she’s more than just a warrior. – Ed

Outlaws have continually been a favorite of mine since its New 52 run. Jason Todd has grown exponentially throughout these stories. This arc reminds you why it’s been an awesome ride. If you been keeping up with this arc the newly formed team of Jason, Artemis, Bizzaro, Essence, and Major Glory are fighting against the clock to prevent the Untitled from releasing Trigon in the All-Castes nexus. Which is everywhere in all places and times (magic is complicated). As Bizzaro holds Trigon off the rest of the team begins to close the nexus for good.

The best thing about this title is how fun and unexpected it can be. As the Outlaws struggle to close the nexus they gain a helping hand from none other than the original Outlaws from the past. Hopefully, with the extra hand, they can finally put a stop to the Untitled, and did Bizarro actually do what I think he did?! Go check out this ARC ITS AWESOME! – Ed

Suicide Squad by Tom Taylor is another amazing title out right now. Bringing the title back down to the fundamentals of the Suicide Squad where the name is a literal statement for Task Force X. The last few issues have not given us a new member’s untimely demise. But the race to put a stop to the injustice in the world and bringing to light that our friendly Blue Beetle Ted Kord is up to no good!

This has been a solid 7 issues thus far, if your a fan of Tom Taylor you will have a lot of fun with this series. Highlights for the issue is the introduction of Deadshots daughter who now has aged to a teenager with some very impressive skills that match her fathers. Getting to see this reunion was heartfelt and made the next inevitable scenes of the nation wide manhunt ruining this tender moment all the better. Plus to see Deadshot wear his iconic white mask again shows Floyd Lawton means serious business now.

DC Black Label’s Sandman Universe is by far the only place that we can experience John Constantine’s world and not have it watered down. Every issue proves magic plays no favorites and will always cost a price, whether your willing to pay for it or not. And the cruelty of people is apparent as ever, especially in Constantine… and he will never disagree with you on that fact.

If you read the Previous issue were now in Part two of Britannia Rules The Waves, and its climax is sure to render some anger among some disgust. This arc shows us how dangerous the need to be accepted and successful can bring ill tides to your doorstep. Our unfortunate Mermaid has paid for the magic that brought her to the fishermen she fell in “love” with. All her deeds did nothing for the man to feel anything of the sort.

He used her and then when she became pregnant he began to make sure things did not end happily. Especially after all his prize fish, she brought him were depleted so he began to sell bits of her! This gross act did not go unnoticed by John but unfortunately, he was too late to save her.

Its moments like these that our Hellblazer shows a hint of humanity. Sometimes more for the other being than us humans. But can you blame him? He understands the risks these spells can produce and he’s more than willing to lend a hand to the unfortunate fools who started them. This series is incredible with its first 8 issues. It brings back the old Vertigo publishing feel with stories that make you cringe while still creating a moral to remember. And with this new antagonist that is creeping ever slowly to John, we can be sure there will be a price to pay at the end for it. – Ed

Batman/Superman issue 10: Devastation in Gotham City! Following the events of a massive explosion in midtown, Batman and Superman pick up the pieces to learn who rigged the Atomic Skull like a bomb…and will they do it again? All will be revealed as the horrific plan of the Ultra-Humanite rains terror down on the lives of the Dark Knight and the Man of Steel!

This issue gives us a bit of backstory into Superman’s dealings with Ultra-Humanite via a gruesome-looking flashback followed by a current-day investigation into what exactly could have made Atomic Skull explode and take out a portion of Gotham city. This issue is a slow burn which is a bit of a bummer since issue #9 (Atomic: Pt 1) was a bit faster paced and action-packed. This issue was just ok which isn’t a bad thing but I expected a more in-depth action issue for a “part 2”. This issue ends with a huge cliff hanger that leaves you wanting to know what happens next. I will be checking out the next issue so if you’ve been keeping up you’ll probably do like me. ? – Miguel

This issue of Legion of Super-Heroes starts as the title suggests, with the Legion coming face to face with Madam Honor President and the United Planets for an unscheduled meeting to discuss their actions. Nothing much was accomplished by this meeting except that it set the stage for the underlying tone of the story which was a struggle to clearly define the leadership of the Legion. Leadership has been a cornerstone of the Legion of Super-heroes comics dating back to the Silver-Age where it seemed like every arc there was an election to pick someone new.

In hindsight, that could be the best way to explore all the different heroes in this series where 7 issues in and we are still meeting new characters and heroes. The Legion holds a vote and it seems as though there is now new Leadership to our Legion of Super-Heroes. The artwork in this issue is really engaging and adds a lot of life to the story.

Issue #7 of Legion of Super-Heroes gets a 6 out of 10
This series shows a lot of promise and it will really take off when we finally find out what direction the creative team is taking. – Miguel