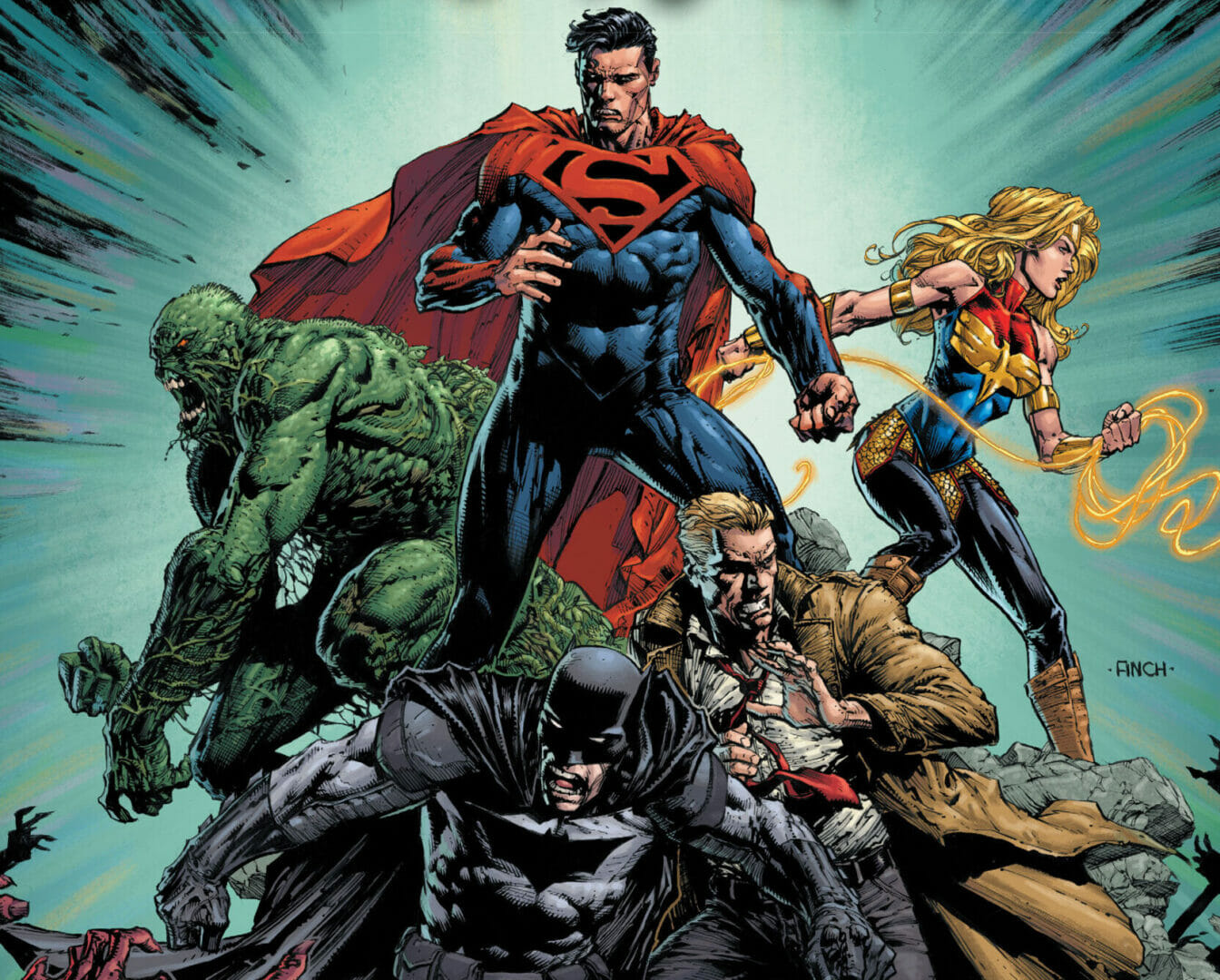 
DCEASED: DEAD PLANET DOES THE IMPOSSIBLE AND GETS DEADLIER

This 7 issue series, DCeased: Dead Planet, takes place just 5 short years after the events of DCeased and the action picks right back up. This next chapter of DCeased can only be described as another blockbuster!! This universe and this issue, in particular, has done something we haven’t seen since Tom Taylor wrote “Injustice” it keeps us coming back to see what daring, crazy, out of your mind thing will happen next and with a title like DCeased you just know that our favorite heroes are in line to kick the bucket.

This story did a beautiful job of highlighting the next generation of heroes, Damien took over for Batman, Jon took over as Superman, Cassie is now Wonder Woman… We have a new DC Comics Trinity and it works wonderfully! This is exactly what we want to see, who will take up the Mantles when the current generation can do it no longer, the answer is apparent and it freaking works!

Now for the story…Don’t worry this part is still spoiler-free… slightly ?. DCeased: Dead Planet sets a new standard for the DC Universe and it works in both story and in Artwork. Our new heroes, now on Earth-2, get a coded message from Cyborg on Earth and they are now in conflict, do they risk everything they have accomplished to save him or do they sacrifice one friend to save a whole galaxy? This is what will define this new Justice League and it is answered quickly in this issue but be warned the answer you get might not lead to the outcome you were hoping for.

The shocking twist in this issue will leave you at a loss for words in the best possible way and honestly you might want to have some tissue handy because your eyes will well up with emotion. This is definitely a story for the ages and in my opinion, this will be one of the stories that highlight this era of comics. Do not be surprised if WB Animation adapts this series and makes it one of the Hottest Blockbusters we’ve seen since they used Flashpoint to reboot the DCAMU (DC Animated Movie Universe).

The Artwork in this series should not be underestimated, Trevor Hairsine, has given us a New Batman, New Wonder Woman and also a new Superman design and they are stunning. Every character is defined and unique with great homage paid to their predecessors. As far as artwork goes this series is nothing short of magnificent.

Now for the spoilers…?

OK, here we go! DCeased: Dead Planet opens up with a really quick walkthrough of what has transpired, it reminds us of all the heroes we have lost, from there we head to the Oblivion Bar where we see a more broken than usual Constantine drowning his sorrows in alcohol… probably Whiskey. Zatanna shows up and that is all we see of that. Our Earth-2 heroes are embroiled in a battle against an alien species. Damien Wayne the new Batman is very reminiscent of Bruce and the dynamic between him and Jon Kent Superman is fantastic as always.

The little skirmish is quickly squashed and we get into the real main story. Now, as I stated earlier in the review Cyborg has sent out a message across space and now our heroes, the New Justice League, have voted to head back to Earth to save Cyborg. While on their way to Earth they get their 1st surprise, a very good puppy has been patiently waiting for the return of his owner and best friend, Krypto the Super Dog is reunited with Jon and it is heartwarming and beautiful. Hold on to that hope though it might have to last you for a while.

Our heroes make it to the site where Batman tracked the beacon sent by Cyborg but little do they know that the Infected Wonder Woman has been patrolling the Planet waiting for any signs of life so that the Anti-life equation can eradicate it. Our heroes put up a very valiant effort but sadly not all our heroes make it out of this ordeal unscathed. Infected Wonder Woman barrels in and in a blink of an eye she gets her hands on Oliver Queen, Green Arrow, with his dying breath he says, “Dinah, I’m sorry Pretty Bird” and Wonder Woman infects him.

My heart just drops during this panel because he predicted it earlier in the issue and he was right, Ollie new going back was, in his words, “Unbelievably Stupid” and he was sadly right. Dinah, completely devastated and overcome with rage, lets out a super-powered Canary Cry, and as she stabs Infected Wonder Woman with the Kryptonite Imbued God Killer Sword Superman Jon Kent jumps in the way and gets stabbed as well. Cyborg had whispered there is a cure and that’s all Jon needed to hear to try and save Diana.

We end the issue with Jon and Diana laying on the ground with a sword through them both. Is hope dead in this Universe? Guess we’ll have to wait and see.

This issue gives you a tough gut punch and reminds you exactly what we should expect from Tom Taylor going forward. Our favorite new heroes will face unbelievable challenges and they might not make it but hope lingers on however faint it may be. Get ready for another wild ride as we head back into DCeased.