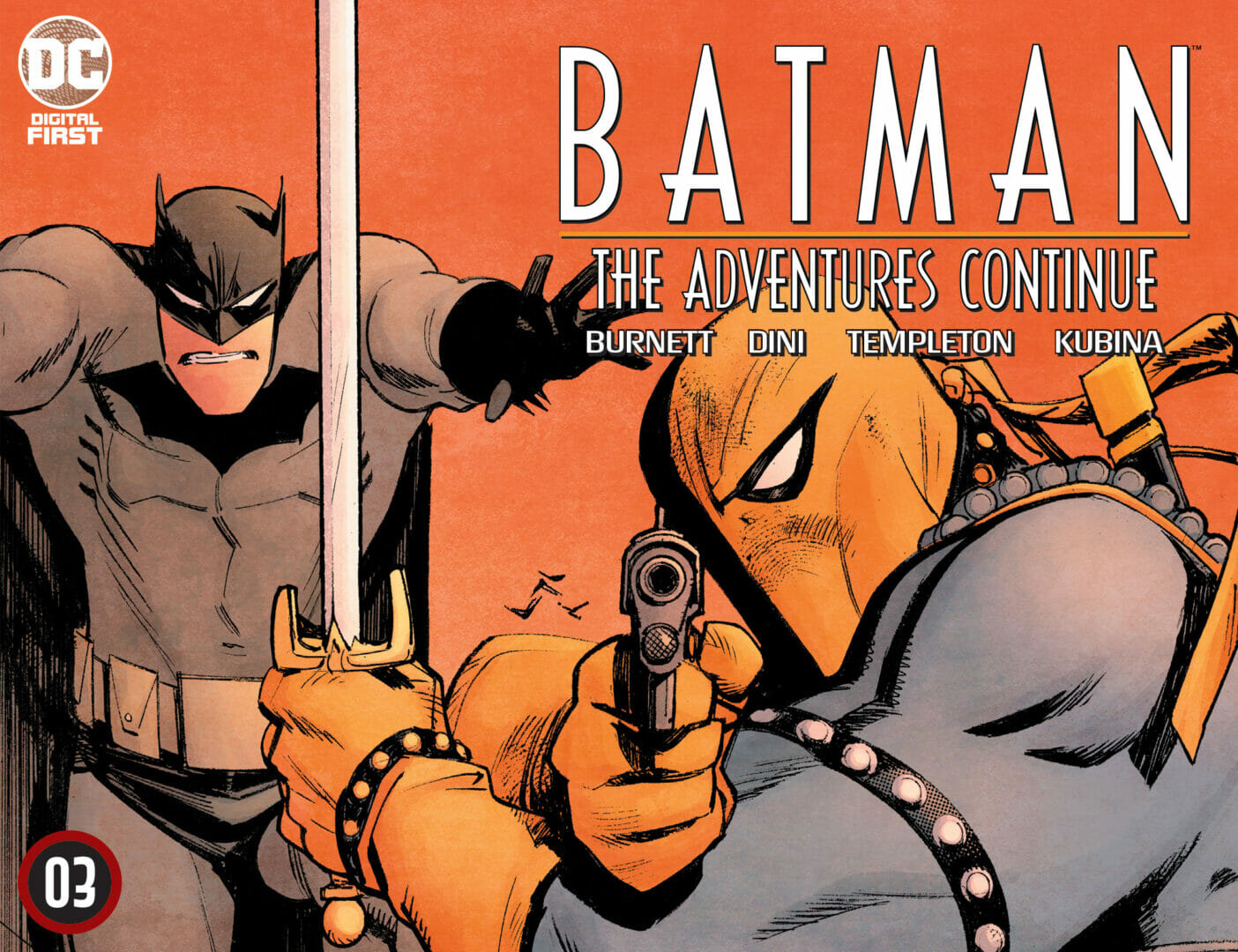 
From the visionary team behind Batman: The Animated Series come all-new stories and characters never seen in this seminal animated world! Batman: The Adventures Continue, DC’s new, digital-first mini-series comic book, co-written by Paul Dini and Alan Burnett, both producers of the original animated series, and illustrated by Ty Templeton, who has brought the world of BTAS to comic books since 1992’s Batman Adventures #1, continues today with Batman: The Adventures Continue Chapter Three by introducing Slade Wilson, aka Deathstroke, to Batman, Batgirl and Robin for the first time!

Robin is intrigued, and Batman is…Batman.

Slade Wilson has come to Gotham City, and his arrival is making the Dark Knight very suspicious. Robin, on the other hand, thinks the swashbuckling mercenary is just here to help. Is Deathstroke a friend or foe…and what are his plans for Batman?

All episodes of Batman: The Animated Series are currently streaming in remastered HD on DC UNIVERSE, and be on the lookout later this year for a new line of Batman: The Adventures Continue action figures by DC Direct, featuring Deathstroke, Super Armor Batman, Red Hood, Azrael and more, that helped inspire these new stories!

Now, this is an awesome arc to be expected. Batman: The Adventures Continue, Bringing Deathstroke to the BTAS universe for the first time ever is EPIC! Let us know what you’ve thought of the series thus far in the comments. In the meantime check out these preview pages.

For more comic book news and updates make sure to keep it locked right here at The Nerdy Basement.