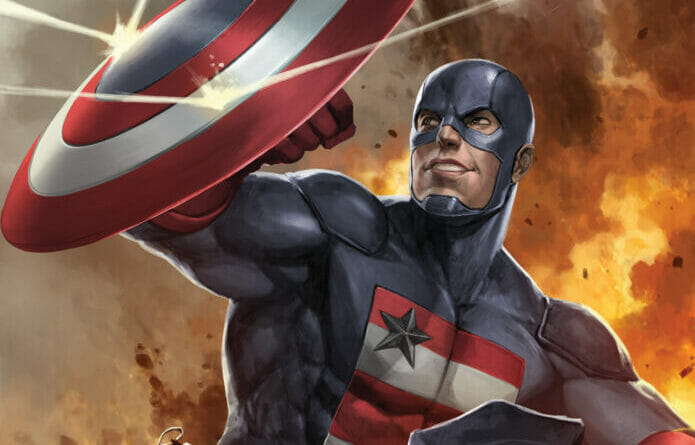 Beginning next month, Mayor Wilson Fisk will have all of Marvel’s heroes in his deadly grip in DEVIL’S REIGN, an upcoming Marvel Comics crossover event spinning out of writer Chip Zdarsky and artist Marco Checchetto’s Eisner-nominated run on DAREDEVIL! The all-star creators will bring their superb talents for high-stakes storytelling to the greater Marvel Universe in this far-reaching saga that sees Kingpin embark on a vicious quest to rid the world of every last Super Hero. The story continues in February along with exciting new tie-ins, limited series, and one-shots!

In DEVIL’S REIGN #4, New York is under siege and Wilson Fisk has broken! Whatever shred of decency that may have been left of him is gone entirely and now, with an army of super-villains at his command, Kingpin has set his gaze upon everyone the heroes of the Marvel Universe hold dear — but even the Kingpin is unaware of the magnitude of danger he has put the city, its citizens and even himself with his war against the city’s superheroes!

Current Spider-Man Ben Reilly will get in on the action in DEVIL’S REIGN: SPIDER-MAN #1 by writer Anthony Piper and artist Zé Carlos. The events of DEVIL’S REIGN have put Spidey in an awful position and as if that weren’t enough, the newly returned Rose has Spidey in his crosshairs and wants to prove that he’s badder than his dad, Kingpin ever was.

“As a lifelong comic book nerd, I was already hyped about the opportunity to craft a story for possibly the most iconic superhero of all time, but to do so during one of the most interesting shake-ups in the character’s history is both thrilling and challenging, and something I’m excited to be a part of,” Piper told ComicBook.com.

Writer Jed MacKay and Alessandro Cappuccio’s acclaimed Moon Knight saga will also be impacted by the crossover. DEVIL’S REIGN will find Moon Knight is indisposed but his mission must continue. In his absence, an erstwhile ally takes up the fight in MOON KNIGHT #8, but will the mystery of Stained-Glass Scarlet prove to be too much for Hunter’s Moon, the Fist of Khonshu? And come March, MacKay will team up with artist Federico Sabbatini and in a special one-shot, DEVIL’S REIGN: MOON KNIGHT #1, depicting Moon Knight’s time as Kingpin’s prisoner after a vicious battle with the Thunderbolts.

“When it comes down to it, Moon Knight is a street-level hero, and there’s nothing Fisk hates more than street-level heroes,” MacKay told SYFY Wire. “Fisk’s crews are out sweeping the streets for costumed heroes and, well, Moon Knight isn’t one for hiding –– that’s why he wears white. He’s got an address. So when the Thunderbolts hit the streets, they know where to find him.”

And learn more about these other DEVIL’S REIGN installments coming in February:

Check out the February covers now, as well as a complete DEVIL’S REIGN event checklist, and be there when Kingpin’s rule begins this December!