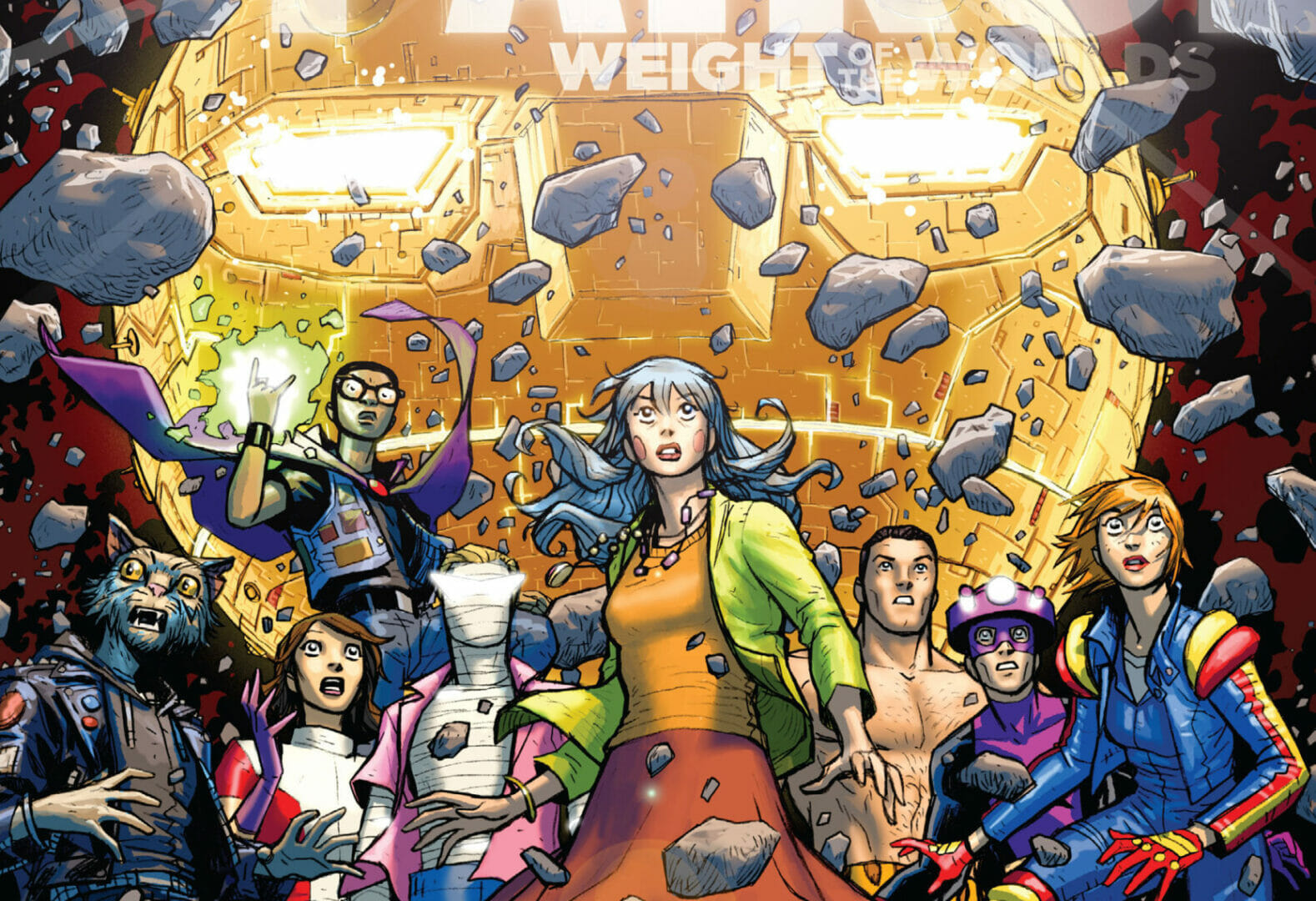 Doom Patrol #7 Weight of the World’s Births an epic Finale!


Doom Patrol Weight of the Worlds finishes off into an imaginative REBIRTH!

Whether your new to the team or a diehard fan here’s a story that anyone can enjoy. Doom Patrol is a testament to the misunderstood and builds the framework towards a character’s journey of healing. It has been an awesome run these past 6 issues of Doom Patrol Weight of the Worlds arc. And issue 7 does not disappoint. An adventure that only could be told by the Doom Patrol, and crazy enough to flex’s its way into a must-read!

If you haven’t read the issue or any of the previous issues sorry but SPOILERS ahead!

Gerard Way has paved the way to this issue, after the events of The Milk Wars where the team aids the Justice League in defeating the evil executives in rewriting the DCU for the godly beings who want a brand new world of their own. They all need to find their ground again. Cliff Steele for one is now human again. Which you will see in issue 1.

But his newfound humanity won’t last long once he’s reminded of his past mistakes with family and other loved ones, Cliff in a state of distraught drives a car off a cliff (no pun intended). His attempt to kill himself is also ruined by his dear friends the Doom Patrol. Finding his body which was beyond healing and placing his brain into a shiny new Robotman!

The team is now back together, and The Negative Spirit reveals that Cliff’s new body comes with some perks. For every good deed, he achieves he gains a new upgraded power. And this is the beginning of the unraveling story arc. Though the story does not overly feature Robotman he is the focal point of this finale issue. The other members each deal with their own anxieties throughout the issues while our heroes continue on missions sensed by Danny The Ambulance that are just as creative and hilarious as you may think.

Assisting in a Space Divorce of literal solar systems, rescuing inhabitants of a planet from a life in a virtual reality game, saving the patrons of Destiny Beach home of Flex Mentallo, and even an introduction to a new future character. As fun as these issues were the overarching story was awesome. Cliff becomes obsessed with helping everyone and anything in his quests for upgrades. Even trademarks his name Cliff Fixit. Robotman eventually feels the need to leave earth to help all the other people in need in space. And that’s when all his good deeds eventually become a danger to us all.

With that recap it brings us to the issue at hand. A lot more story happened in between my recap but you can read more in the issues.

But now onto the finale. Cliff has now upgraded himself into PLANET CLIFF! After an altercation between the Overlords, his upgrade matrix was overloaded. He now realizes he to fix everyone so he will shield them all with Planet Cliff. Robotman has definitely gone mad with power and the Doom Patrol are the only ones who cant stop him from destroying the universe. (We see it in issue 3)

The team begins to figure out the best plan to stop Robotman, while Mento believes he’s doing the right thing Casey while in the underground tells Jane the only way of saving everyone.

I won’t go into the full details but Jane eventually reaches Cliff (brain) and convinces him that he needs to stop. It all came down to Robotman fearing the hurt he had been feeling throughout the arc. He couldn’t help himself so he wanted to shield everyone from all the hurt so they would always be pain-free. Admirable but unfortunately a delusion.

Living beings will always hurt it’s in their nature, but it takes some help to let it all go. And with his new realization, he knew the only next upgrade he needed was a fresh start. Transforming into Clifford Steele he begins a new life with his family the Doom Patrol.

I loved this run. Fun, creative, and overall nuts keep me coming back to this title. The subtle nuances of real-life and fictional themes bring new angles for the reader to explore. And goes without saying the artwork compliments the story perfectly.

Some of the best moments were the well-timed cameos and easter eggs of Doom Patrol past. Beast Boy, Mento, and Dorothy Spinner each brought a great moment of nostalgia to the book, which propelled the story further. To as well introduce a new Rebirth to a character that has been long-standing is a true treat as well. I want to know where this takes our team! Overall This is definitely on a must-read list for all. If you became a fan recently and enjoy the meta adventures of this unlikely group of heroes.