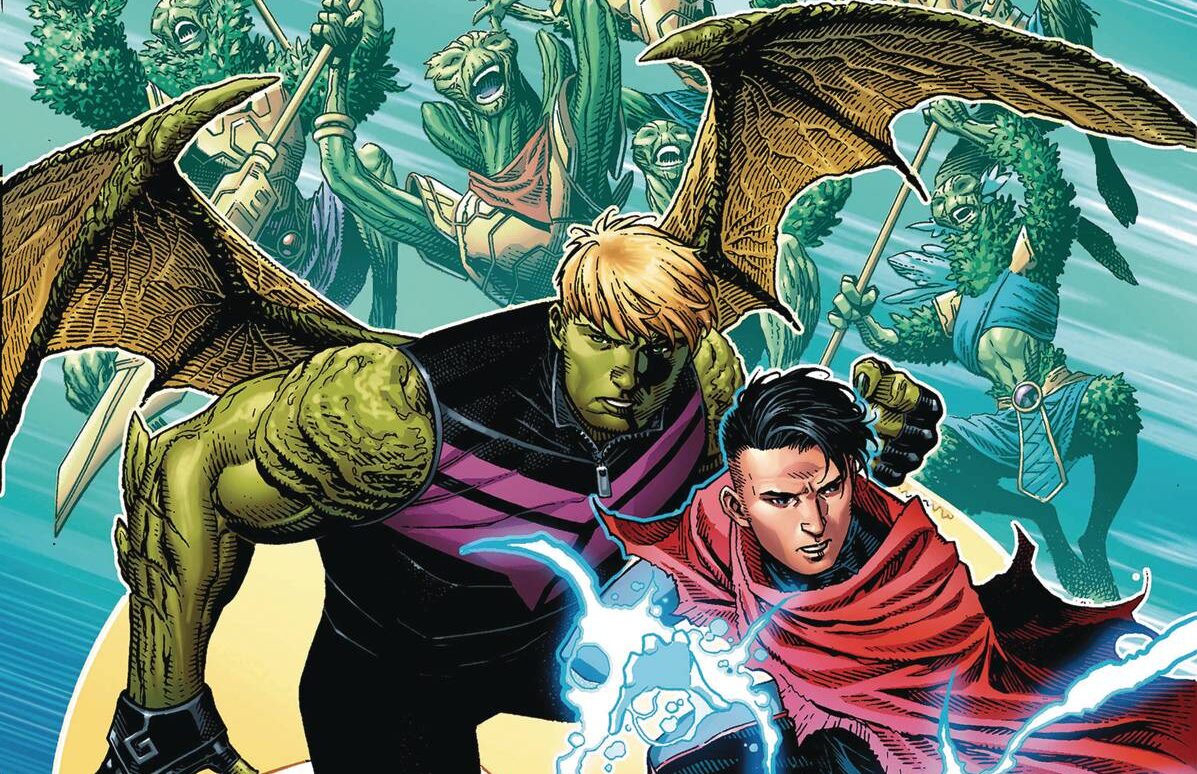 EMPYRE #4: A WEDDING BETWEEN TWO MARVEL HEROES IS REVEALED!


Spoilers ahead for Empyre #4!

As the intergalactic conflict known as EMPYRE rages on, love has prevailed for two of Marvel’s most beloved heroes! In an exciting surprise for readers everywhere at the conclusion of today’s EMPYRE #4, Marvel Comics unveiled that Teddy Altman, the Kree/Skrull hybrid Hulkling, and his longtime boyfriend Billy Kaplan, the powerful magic-wielding Wiccan, made a decision to change their lives forever – when they were married prior to the start of this galaxy-spanning epic!

“I’ve got a lot of love for Hulkling and Wiccan, both individually and as a couple,” Empyre writer Al Ewing said. “So it’s a good feeling to be able to deliver this kind of ‘shock ending’ for readers, which hopefully lifts fans’ spirits a little rather than bringing them down.”

Earlier this year, Hulkling, the son of a Skrull Princess and the original Captain Marvel, fulfilled his destiny by uniting the Kree and Skrull empires against the universal threat of the Cotati. As Emperor of the new Kree/Skrull alliance, the Young Avenger takes center stage in this summer’s EMPYRE saga alongside Wiccan and Earth’s Mightiest Heroes.

Created by writer Allan Heinberg and artist Jim Cheung, Hulkling and Wiccan burst onto the scene in 2005’s groundbreaking Young Avengers series. Since then, the two have been major players in the Marvel Universe and in iconic titles such as Avengers: Children’s Crusade, New Avengers, and Strikeforce.

“When I was first asked to design Wiccan and Hulkling for the Young Avengers, I had no inkling of the longevity they would have, or even their impact on the hearts and minds of the readers,” said Cheung. “Billy and Teddy really became fully fleshed people to me, thanks to Allan’s incredible writing, and it’s been wonderfully rewarding to follow their growth and evolution under the guidance of other creators over the years. Now that they’re taking their relationship to the next level, I can’t wait to watch where their next adventure takes them!”

“I’m eternally grateful to writers Al Ewing and Dan Slott, artists Valerio Schiti and Marte Gracia, editor Tom Brevoort, — and of course cover artist Jim Cheung — for telling Teddy’s story so gorgeously — on such an epic scale — and with so much heart,” said Heinberg. “AND for inviting me and Jim to the wedding!”

Hulkling and Wiccan’s story continues in EMPYRE #5 next week and EMPYRE: AVENGERS AFTERMATH #1 this September!