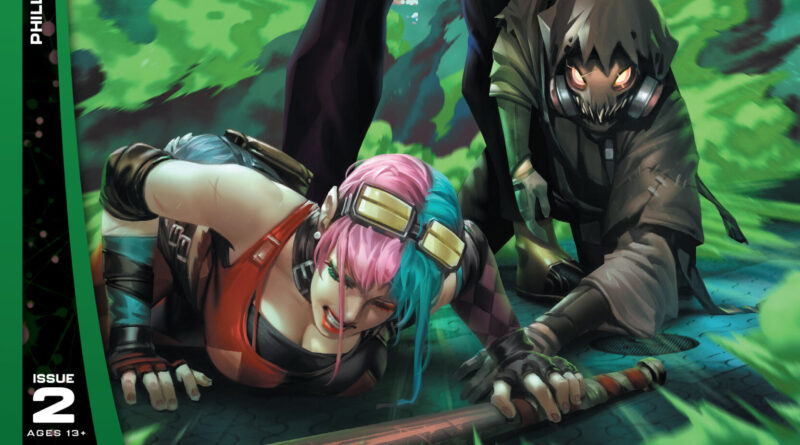 
Read below to check out our thoughts on this week’s pull of DC Comics!

Harley continues her misadventures going with the illustrious Jon Crane in this issue. While the hunt for the Black Mask begins the team needs to bring their A-Game for this one. Obviously, I was not expecting anything groundbreaking but was hoping for this anti-hero to do what she does best, and that is having fun.

Harley and Crane are now hot on the tail of Sionis now but they continue to be outsmarted by the mob boss. Eventually with Harley suggesting the reason why Crane cannot catch Black Mask is that he’s not embracing his Scarecrow side. This brings a nice little twist to the story; bring back the killer who had turned away from his past.

While Crane begins his transition back into madness Harley goes off on her own plan and finds Sionis. At first, it’s a nice bait and switch where she tries to convince Black Mask into a partnership. Of course, this doesn’t happen because Scarecrow finally makes his appearance, and tides have turned in the duo’s favor. But Harley Quinn shows her true intentions and with some swift moves, she pummels Black Mask and Scarecrow making her escape.

Future State: Harley Quinn! Like I said earlier fun issue is what you should expect from a Harley Quinn story. With her witty remarks, no bull crap attitude, and the combination with other characters she shines. Future State and Gotham city can’t change the one and only Harley. – Ed

After the world experienced devastating destruction that wiped out most of humanity. For decades after Avatar of the Green has been on a mission to save the human race. Swamp Thing has finally found a glimmer of hope in his mission from a desperate survivor looking for help. He takes Swamp Thing and the others of his kind to the North where a STAR Labs facility holds the last remnants of them. This issue gives us great action scenes and re-encounters with old foes. And a new diabolical scheme that can mean the end once more.

We learn that Dr. Woodrue AKA the Floronic Man has lived for centuries guiding and building a device that could stop the green from taking over. But what we learn at this encounter takes this story to a whole other level. Woodrue explains how that he found the body of Obsidian injured after a great battle; which one remains to be seen but he saw this and took advantage of the hero and used him to power his machine.

Which we learn will block out the sun to kill all life on earth. And the doctor is kind enough to explain why he’s doing this; in short, he’s angry the green didn’t accept him after he transformed his body to be more plant than a person. understandably he is broken by this and uses the usual evil possessive notion of “if I can’t have you no one will”.

But this is just the icing on the cake the tragic story of the Floronic man. As I mentioned in a previous review on issue 1 that it was ironic for Swamp Thing to seek out humans when for his whole time as guardian he has fought against them to protect what remained of the green.

His turn comes from a place of regret, they dont explain how/why but Woodrue shows the group that a very LARGE Swamp Thing was responsible for the destruction of part of the world, which he does not fully deny but seems to me there’s more to the story. But our hero’s path is clear if he cannot stop the doomsday machine he will do all that he can to give the humans one last chance.

After some sad moments between Swamp Thing and his kin, we learn he created them to reflect parts of his soul. They were always meant to sacrifice themselves but they would live on through the green. It was their purpose to give everyone else a chance to be better, that’s what the capacity of being human gives us all.

A beautiful story overall, in my opinion, I love it when a message this strong can be translated so well into a character’s mythos. The Avatar of The Green has always needed a protector who was human because it is only through that understanding can the value of life be truly understood.

Such a well-crafted story by Ram V. Not only does this tale give us room to speculate it even brought us another staple into the timeline of the Future State. With a deep message entwined through the pages, it’s one of the stronger titles in the run. – Ed

Future State: The Next Batman #3

Future State: The Next Batman is keeping the pace unfortunately with only one issue left keeping the pace isn’t cutting it. Don’t get me wrong if this was to be an ongoing series then it would definitely be doing it right, the levels of intrigue and mystery are still really high but the four-issue mini-series doesn’t seem to be answering the questions that it has been raising.

Why is the Magistrate still so hung up on Batman and the masks? What happened to Tam Fox that turned the family against masks? Why does Luke have so much animosity towards his brother Jace and how did Jace become Batman? These are the questions that we are left wondering about with only one issue left.

In this issue Batman fought off the Magistrates Peacekeeper forces and was able to not only escape but also rescue two other people from being senselessly murdered by the peacekeepers. Batman heads to a safe house so he can come up plan on how to turn this couple into the police without them getting murdered but before he can execute the plan the couple turn on him and try to murder him. In the next issue we will hopefully see the outcome of this attempted murder but in the mean time this doesn’t progress the story enough to have a fulfilling, satisfying conclusion.

Future State: The Next Batman creative team of writer John Ridley, artists Laura Braga and Nick Derington are doing great work. The artwork is amazing, the artists truly capture the essence of Batman while also properly showing the emotions of the supporting characters. John Ridley crafts a quality narrative that with enough time could be fleshed out into an extremely compelling story. Unfortunately with only the final issue to go I am left wondering which of all our questions will actually be answered.

Writer Sean Lewis and artist John Timms took up the mission of changing Superboy, Jon Kent, and molding him into the Superman of Metropolis and they not only did it, they KNOCKED IT OUT!! All it took was 2 issues for them to show us the fall of the prodigal son of Clark Kent and Lois Lane and his transformation into the Superman that Metropolis and the world needs. This series was a home run in my opinion and I had a blast reading it.

This issue picks up right where the last one left off… Jon Kent shrunk Metropolis to save it from itself unfortunately it was all part of the plan for Brain Cells, a new antagonist created from the parts of brainiac by Jon Kent and Kara Zor-El. As Jon tries to recover the Bottle City of Metropolis from the clutches of the Brain Cells A.I. he suddenly find himself surrounded by clone of his Father, Superman from different eras of his life.

Just imagine you’re the son of arguably the GREATEST hero to ever exist, you’re constantly comparing yourself to him and now you’ve lost his home city to a monster of your own creation because of a grave mistake you’ve made. Not only that but NOW you have the clones of your father pretty much telling you what you already feel, this is all your fault, you’re not strong enough, fast enough, smart enough to make the tough choices. Those were some of the panels/scenes that kind of hit the feels hard for me, having to see Jon battle through those emotional moments.

That’s what I LOVE about this issue! Jon takes all those feelings, all that emotional abuse and in that moment confronts it, deals with it and kicks it’s ass!! Jon vows to become the Superman that Metropolis deserves. I know I didn’t really mention Kara Zor-El but she didn’t do much, she apologized for what she did in issue 1 and used her heat vision to fuse together a shrink ray but that is basically it.

Jon Kent, The Future State: Superman of Metropolis finally grows up to be his own man, his own Superman. A beautiful homage to his Father but a man in his own right and that is what this issue was to me. Superboy, as most of us men have strived to do, is stepping out of his father’s shadow and stepping into the Bright Spotlights of the city to which he is now the sole protector. I would pick this series up if it was an ongoing monthly title, I’m just saying!!