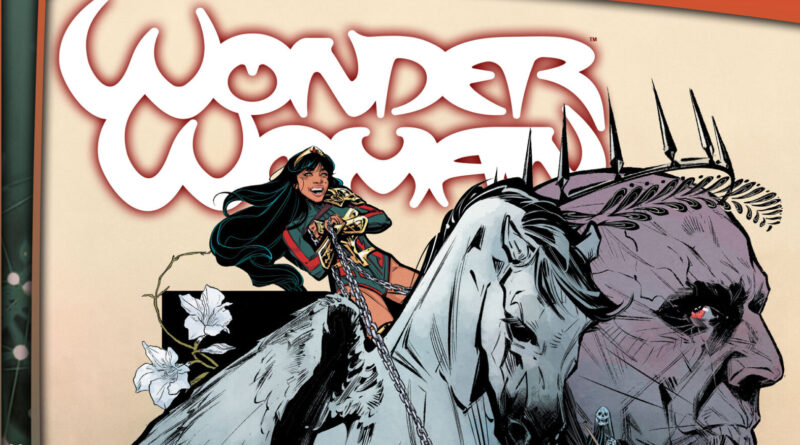 
Yara Flor the Future State’s Wonder Woman keeps us invested with a solid conclusion to this mini-arc.

With issue 2 in the books, it’s safe to say we all need more Yara Flor in our lives. The tale kept on the trajectory to create a new legend in the mythos of Wonder Woman. We can also say the title is now more of a symbol, one meant for the hero’s that have earned it. How and when Yara receives the mantle remains to be seen but I’m sure we will get to learn of it in the upcoming DC Infinite Frontier line. With that being said let’s get into a bit of the story.

Yara makes her way into the Underworld to find her fellow Amazon warrior. Her quick wits and skills help her distract the guardian pup of hell with a well-placed bone, courtesy of Thanatos. While making her trip to the other side of the River Stix her quest continues. But not Before Caipora leaves her with some last-minute wisdom. She must move past her instincts, do not fight, be still and she may have a chance in finding her.

As she continues on her path we run into another set of Deities of the greek myths. Minos and the other two Judges of the Dead. It’s a great addition to the story since our Wonder Woman is attempting to take property from the land of the dead. And to add to this we see more to the character of Yara, she is so witty a bit disrespectful if you think about it haha but witty nonetheless.

Instead of cowering toward the gods and their threats she simply teases them with her own magic trick of removing her thumb. I call that freaking brilliant, she clearly has her own beliefs when it comes to the gods of her legends but more so she is not one to be trifled with. She meets danger with a smile and is willing to do what she has to beat it. Once Hades makes his appearance things get serious.

Yara holds her ground and demands Potira be released and Hades is not happy being ordered within his kingdom, but luckily Persephone helps sway a deal that gives our Wonder Woman a chance at least. And this is where my interests are peaked, Yara begins her trial diving head deep into a swarm of the dead searching desperately for her sister. As she begins to let go were seeing glimpses of the past. As i Said this is where the interests peaks.

We see a battle within the walls of Themyscira, we can at least note that we can potentially see this battle occur in future issues of Wonder Woman or it will be called back on. Especially seeing as men cannot set foot/find the island; which gets me excited to see why and how this happens. But i digress, She loses her sister during this battle, all to save Yara’s life hence the debt she is will to pay to bring her home. And it goes witout saying but she succeeds in pulling her out of the depths. And Hades is not happy.

You will see the attempt of escape soon after in the remaining pages but though in the end she doesn’t fully succeed. We bear witness to a small piece to why she was able to gain the mantle. While Potira holds no ill will toward her sister, Caipora reminds us its not because heroes are perfect, they are heroes because they must overcome those imperfections.

This is why we read comics everyone, For moments like these. Joelle Jones beautifully writes and illustrated these two issues and built a story we can all be excited to get behind. I really enjoyed Yara’s debut story and i want more. Heres hoping Joelle gets to tell us some more tales of the new fiery amazon. Yara Flor Wonder Woman!