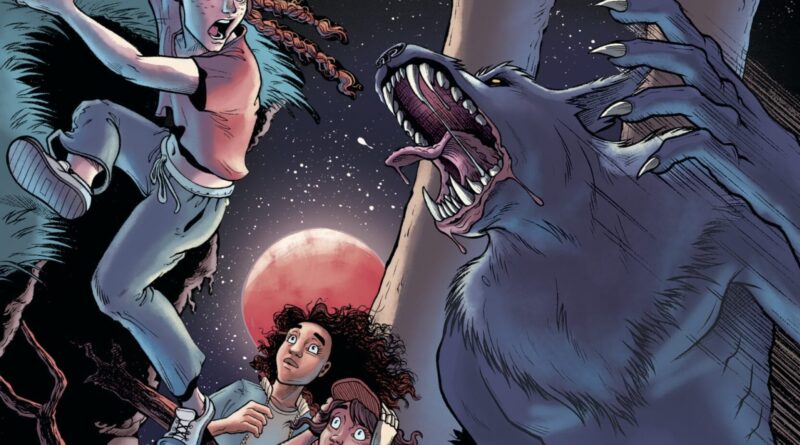 Goosebumps: Secrets of the Swamp #1 (Review)


Goosebumps: Secret of the Swamp #1 was a breath of fresh air since I haven’t read anything Goosebumps related in the longest time so the temporary nostalgia trip was highly enjoyable.

One of my first introductions into children’s horror novels were with R.L. Stine’s Goosebumps. As a 10-year-old kid, I was heavily drawn to Stine’s Goosebumps series and collected damn near every single book that was released at the time (the early 2000s was an amazing time to collect Goosebumps books). Books I still wish I had until this very day. It’s been quite some time since I’ve read anything related to Goosebumps. I even skipped watching the live-action films that released not that long ago. Despite those facts, I’m still a huge fan of Goosebumps and even though I haven’t read the few other comic book series that was released, I did get my hands on Secrets of the Swamp.

Goosebumps: Secret of the Swamp #1 is written by Marieke Nijkamp and illustrated by Yasmin Florez Montanez and follows a 12-year-old girl named Blake, who is shipped away to her weird aunt’s home in Fever Swamp for the summer. Expecting her weeks to be filled with video games, mosquito bites, and a whole lot of nothing, she instead finds herself in a spooky turf war between wolf hunters and werewolves. With monsters on both sides, it’s up to Blake to use all of her gaming skills to escape alive.

As with any other Goosebumps story, we meet our young lead, typically away from home at a summer camp or away at a relative’s household, and immediately there’s a lingering mystery or urban legend that everyone seems to believe with the exception of our lead character or those around her. Which is keeping true to how Stine presented his stories. At least the ones that start out this way which is something that felt nostalgic for me.

As the story goes along we are introduced to other characters, like Lily. Lily is the number one Legend Hunt player so there’s an immediate sense of tension between her and Blake when they first meet. Despite Lily’s best efforts to intimidate Blake and insult her due to Blake being a disabled gamer, Blake stands her ground. This is one particular moment in the issue I enjoyed a lot because Blake stood her ground and despite her disability, she’s more than capable of holding her own whether it’d be video games or everyday life…or looking for monsters at the swamp.

But what puts our two potential adversaries together is their love for Legend Hunt and their interest in the rumored monsters in the Fever Swamp. Venturing out to see if the legends are true our potential adversaries develop a sense of friendly competition and after encountering a Werewolf in the middle of the woods, the two legend hunters must now put their video game mastery to the task and face the horrors that lie ahead.

Overall this first issue was ok, the art style and color pallet are well done and a pleasure to look at. All the while the story itself just sets up what’s to come in the second issue leading to its finale in the fifth issue. For me personally, it was a breath of fresh air since I haven’t read anything Goosebumps related in the longest time so the temporary nostalgia trip was highly enjoyable.