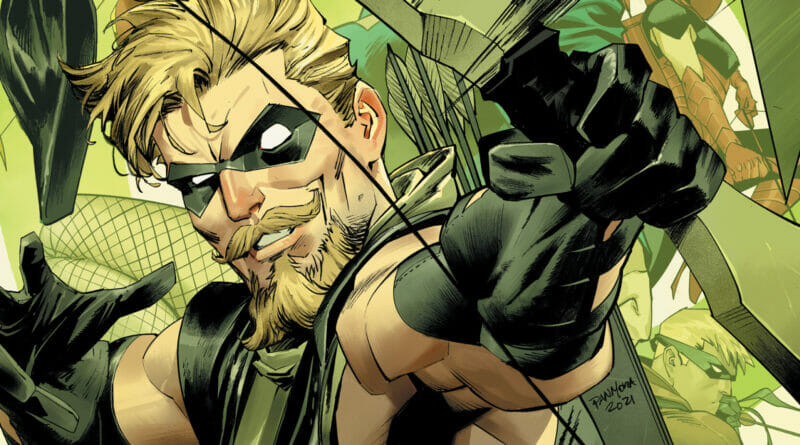 Time to dust off your Boxing Glove arrow, fire up the Arrowcar and join DC in celebrating eight decades of emerald excellence! On June 29, the Green Arrow 80th Anniversary 100-Page Super Spectacular #1 brings together some of comics’ greatest storytellers to pay tribute to Green Arrow’s legacy and the heroes and villains that have fought aside and against him.

Since his first appearance in More Fun Comics #73 in 1941, Oliver Queen, a.k.a. the Green Arrow has been one of the premier (and loudest) characters in the DCU, always at the forefront of where the super hero genre is headed as the eternal champion of the underdog.

Featuring a breathtaking cover by Detective Comics artist Dan Mora, this can’t- miss collectible will also feature an incredible selection of “decade” variant covers, courtesy of some of the best artists in the business:

See what the past, present and future have in store for Green Arrow his allies and his enemies when the Green Arrow 80th Anniversary 100-Page Super Spectacular arrives in comic book stores and on participating digital platforms on Tuesday, June 29, 2021 for $9.99.