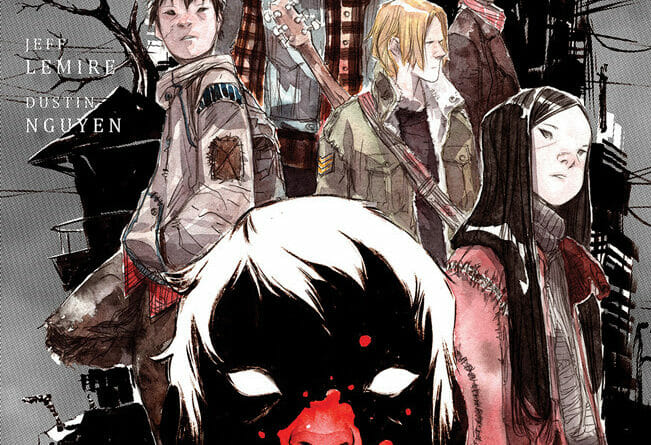 Jeff Lemire and Dustin Nguyen are reuniting for an all-new comic book series, “Little Monsters” Image Comics has announced. The new series is set to launch out of Image Comics in March 2022. Fans of Lemire and Nguyen should be excited about this news as the creative duo have previously worked together in their bestselling and award-winning series “Descender” and “Ascender”.

“After finishing fifty issues of Descender and Ascender, Dustin and I knew we wanted to keep our collaborations going but also knew we needed to change direction and try something totally different from that sweeping space epic,” said Lemire in an exclusive on the announcement with ComicBook.com.

“This story may be about vampires but it is not a horror book,” he added. “It is a book very much grounded in the lives of these children who have, in a way, been trapped in amber. They live an endless life of innocence and games and childhood. It’s a character study of what it would mean to be truly young forever and the things that growing up costs us all. Dustin is doing some of the best work of his career and I’ve really fallen in love with this world and these characters. We can’t wait to share more with readers.”

In “Little Monsters,” readers follow the last children on Earth…who also happen to be vampires. For longer than they can remember, these child vampires have lived a life of eternal wonder amongst the ruins of humanity. But shocking events fracture the group and set them on a path of discovery that will shatter their innocence forever.