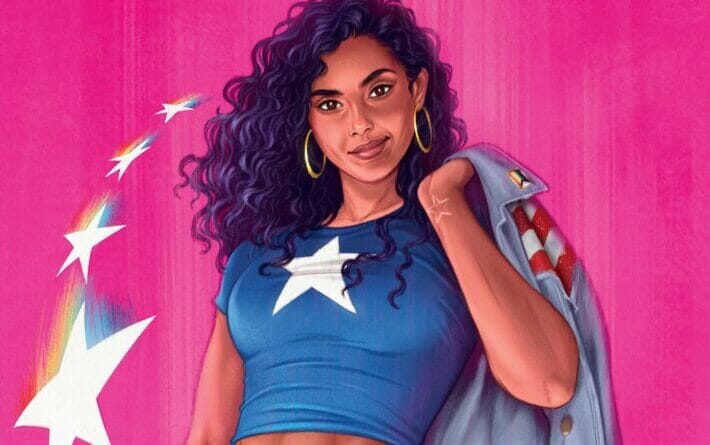 In addition to another installment of MARVEL’S VOICES: PRIDE, Marvel Comics will also celebrate Pride Month with a brand-new collection of variant covers. Extraordinary comic book artists Luciano Vecchio and Betsy Cola will team up to depict some of the most beloved and rising Marvel stars that belong to the LGBTQI+ community. A total of eight covers, this artwork showcasing these powerful heroes and warriors will be featured on select Marvel issues throughout June.

Here’s who will be spotlighted in this vibrant and celebratory cover series:

· Somnus – A mutant hero with the power to control dreams, Somnus debuted in a poignant story in last year’s MARVEL’S VOICES: PRIDE and is now a member of Kate Pryde’s mutant rescue squad in MARAUDERS.

· Aaron Fischer – Also known as the Captain America of the Railways, Aaron made a big splash during Captain America’s 80th Anniversary in THE UNITED STATES OF CAPTAIN AMERICA limited series. Look out for him in upcoming issues of the ALLIGATOR LOKI INFINITY COMIC.

· Destiny – The recently resurrected classic X-Men foe now serves as one of the most prominent leaders of mutantkind. See what the future holds for her in the upcoming IMMORTAL X-MEN series.

· Iceman – An original X-Man, Iceman is fresh off a stint on the Marauders that saw him use his omega-level abilities in some of his most impressive feats yet and the next big thing for this iconic hero is just on the horizon. Keep an eye out on upcoming X-Men issues to see what title he’ll be ice sliding into next!

· Karma – A founding member of the New Mutants, Karma uses her many years of experience defending Charles Xavier’s dream to guide the next generation of mutantkind in the current run of NEW MUTANTS.

· America Chavez – The breakout star of the Young Avengers, America will use her superhuman strength and interdimensional star portals as part of a new team of THUNDERBOLTS.

· Valkyrie – Rūna debuted as the mysterious and only surviving original Valkyrie during KING IN BLACK. Since then, fans have learned more about her in titles like MIGHTY VALKYRIES and WOMEN OF MARVEL. Stay tuned to find out where to witness her next legendary battles starting in June!

· Daken – The son of Wolverine, Daken will put his claws, healing factor, and fierce fighting skills to good use as a member of the current lineup of MARAUDERS.

Check them out now and collect all eight this June!