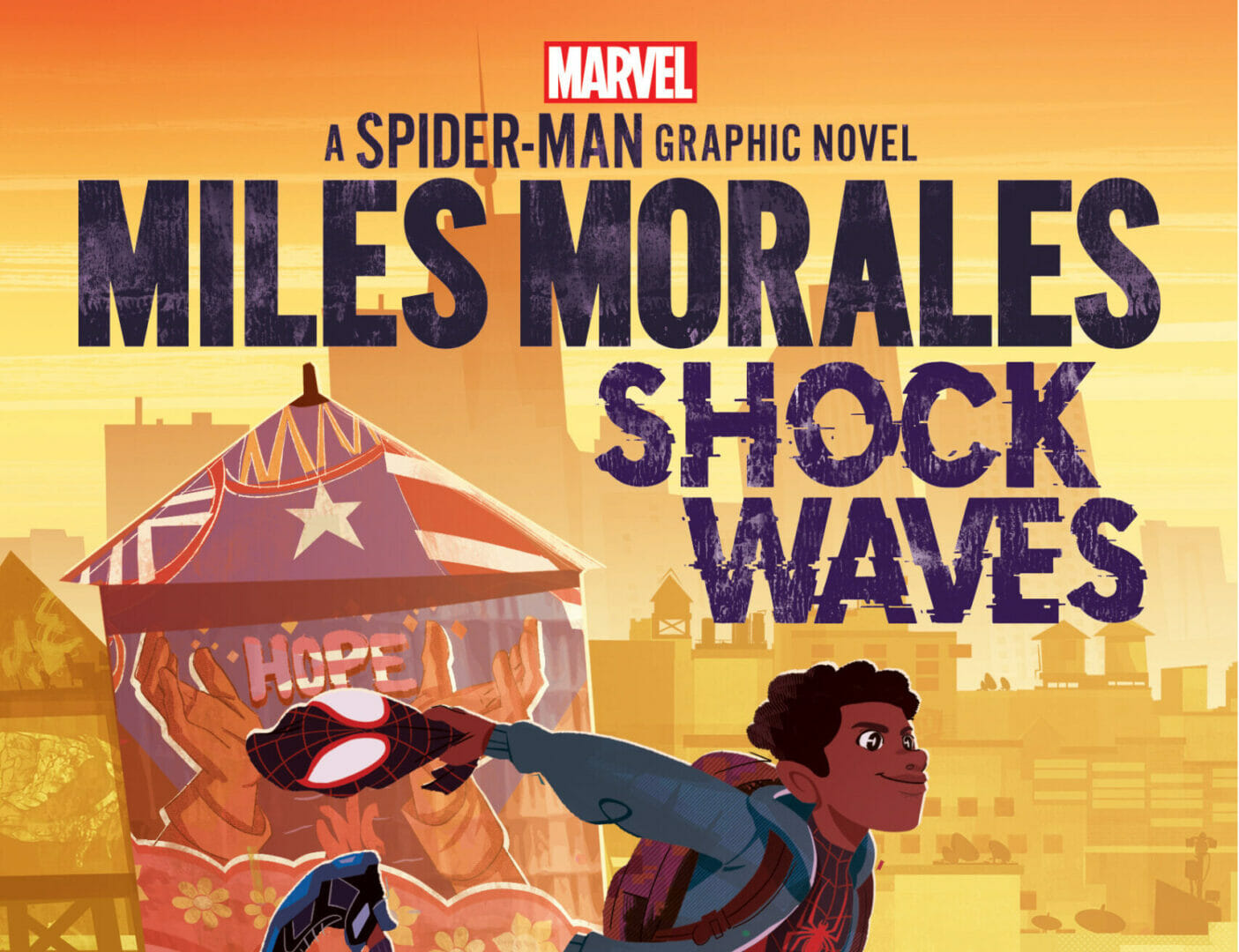 
The new line of Marvel middle-grade OGNs kicks off with a Miles Morales story in Spring 2021!

New stories are to be written by bestselling authors including Justin A. Reynolds, Nadia Shammas, and Roseanne A. Brown.

Marvel Entertainment and Scholastic, the global children’s publishing, education, and media company, today announced a multi-year Original Graphic Novel program featuring some of Marvel’s most iconic Super Heroes including Miles Morales, Kamala Khan, Shuri and more! These new stories will launch as part of Scholastic’s Graphix Media line, building from the success of Marvel and Scholastic’s prose collaboration program that kicked off earlier this year.

Next spring, Marvel and Scholastic’s new OGNs will make their debut with Miles Morales: Shock Waves, written by bestselling author Justin A. Reynolds (Opposite of Always and the forthcoming novel, Early Departures) with art by Eisner Award-nominated artist Pablo Leon (The Journey)! Following one of Marvel’s most popular characters, Miles Morales: Shock Waves will introduce readers to a riveting new story that will thrill both new and well-versed comics readers alike.

“Ever since he entered the Marvel Universe a few years ago, Miles has struck a deep and personal chord with fans around the world,” said Lauren Bisom, Editor of Marvel’s juvenile publishing. “As Spider-Man, he embodies that classic coming-of-age story. But as Miles, he represents so much more—and his life experiences, his culture, and his ability to embrace his inner strength make him one of the most important and inspirational heroes in the Marvel Universe.”

In Miles Morales: Shock Waves, Miles Morales is a normal school kid who happens to juggle school at Brooklyn Visions Academy while swinging through the streets of Brooklyn as Spider-Man. After a disastrous earthquake strikes his mother’s birthplace of Puerto Rico, Miles springs into action to help set up a fundraiser for the devastated island. But when a new student’s father goes missing, Miles begins to make connections between the disappearance and a giant corporation sponsoring Miles’ fundraiser. Who is behind the disappearance, and how does that relate to Spider-Man?

Earlier this year, the collaboration between Marvel and Scholastic launched to critical acclaim with Shuri: A Black Panther Novel by New York Times bestselling author Nic Stone; soon to be followed by Avengers Assembly: Orientation by popular middle-grade author Preeti Chhibber this August. In addition to releasing new OGNs starting in 2021, Marvel and Scholastic will continue its prose collaboration with new and sequel novels for readers everywhere.

“Our relationship with the Marvel publishing team is a true collaboration and partnership,” said Debra Dorfman, VP & Publisher, Licensing, Media & Brands. “As we grow our OGN list in licensing under Graphix Media, we can’t think of a better team to work with. How lucky are we to have Justin A. Reynolds and Pablo Leon collaborating on the first book about Miles Morales? We are equally as thrilled to welcome Nadia Shammas and Roseanne A. Brown to Scholastic.”

“The first books in our collaboration with Marvel have been enthusiastically received by critics and readers alike,” added Michael Petranek, Executive Editor and Manager, Graphix Media. “We are thrilled to bring fans of these amazing characters more stories to enjoy. We can’t wait to take our readers on new adventures and expand the breadth of our storytelling with Marvel.”

“After launching our prose novels with Scholastic earlier this year, we’ve seen a huge demand for more Marvel stories and entry points into the Marvel Universe,” said Sven Larsen, Vice President, Licensed Publishing, Marvel. “These middle-grade OGNs are the perfect next step to bring more readers in with the visual storytelling Marvel fans know and love. We’re thrilled to build our collaboration with Scholastic and tell brand-new stories that represent the world around us, both through our characters and the creative teams behind them. We can’t wait to introduce you to this next chapter for Marvel’s heroes.”

More information about Marvel and Scholastic’s upcoming OGNs, creative teams, and new middle grade novels will be released later this year. Stay tuned to Marvel.com and Scholastic.com for new details and look out for these titles at book stores and comic shops starting next year!