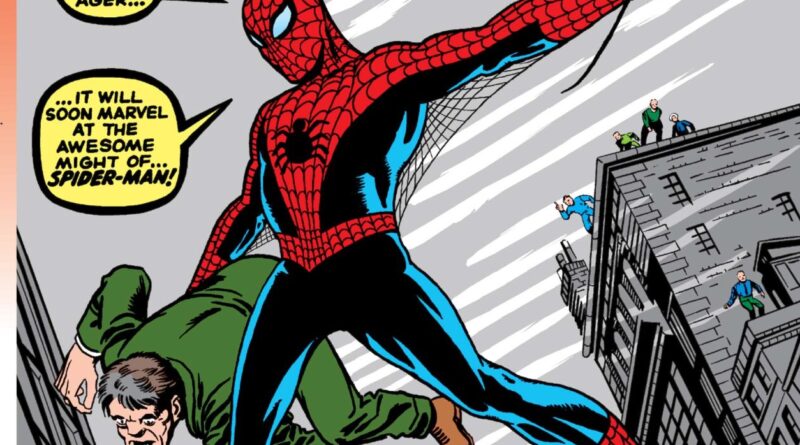 
Spider-Man, Fantastic Four, the X-Men, and more in an all-new line of Mighty Marvel graphic novels!

An exciting new line of Marvel graphic novels will debut this June! The MIGHTY MARVEL MASTERWORKS will collect the very beginning of Marvel’s most iconic heroes: the Fantastic Four, Spider-Man, the X-Men, and more. The stories that kicked off the sagas of these beloved franchises will now be available in an accessible new 6 x 9 format that the whole family can enjoy!

These timeless stories were crafted by none other than industry legends Stan Lee, Jack Kirby, and Steve Ditko who revolutionized the comic book genre with their bold new approach to super hero adventures. Now, the MIGHTY MARVEL MASTERWORKS will serve as a perfect gateway to the expansive Marvel Universe and allow a brand-new generation to witness the historic beginnings behind these pop culture phenomena.

Collecting AMAZING SPIDER-MAN (1963) #1-10 and material from AMAZING FANTASY (1962) #15, MIGHTY MARVEL MASTERWORKS: THE AMAZING SPIDER-MAN – WITH GREAT POWER will feature Peter Parker’s web-slinging adventures from the very beginning — including the tragic origin that started it all; the first appearances of the Daily Bugle, J. Jonah Jameson, Doctor Octopus, the Sandman, the Vulture and Electro; and guest-star nods from the Fantastic Four and Human Torch!

Collecting FANTASTIC FOUR (1951) #1-10, MIGHTY MARVEL MASTERWORKS: THE FANTASTIC FOUR VOL. 1 will feature the fateful cosmic voyage of scientist Reed Richards, pilot Ben Grimm and siblings Sue and Johnny Storm, who became known to the world as Mr. Fantastic, the Thing, the Invisible Girl and the Human Torch —the Fantastic Four. See the first of their many extraordinary adventures including their first battles with legendary villains such as the Mole Man, the Skrulls, the Puppet Master, the Sub-Mariner, and the diabolical Doctor Doom.

Collecting UNCANNY X-MEN (1963) #1-10, MIGHTY MARVEL MASTERWORKS: THE X-MEN – THE STRANGEST SUPER HEROES OF ALL will feature Professor X’s original teen team as they set off on a mission to forge peace between man and mutantkind. Meet Cyclops, Angel, Beast, Iceman and Marvel Girl and thrill to their first encounter with the Master of Magnetism, Magneto, and his Brotherhood of Evil Mutants.