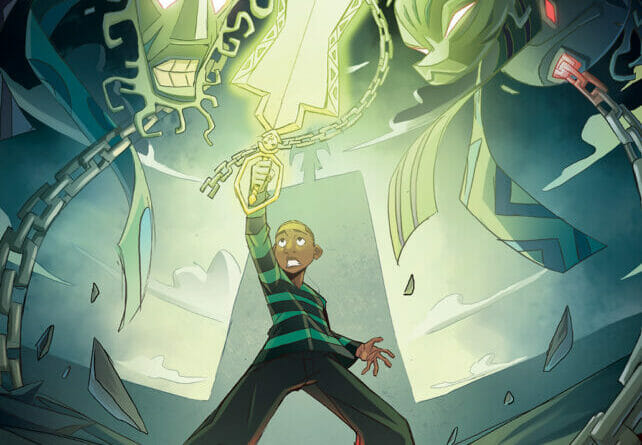 
Discover the Truth About an Ancient & Powerful Mystery in Final Issue of Afrofuturist Series, ‘BUCKHEAD’ this April

Toba and his friends have split up. He’s entered the Elseverse in search of his father, while the rest of the group works to take down the mind-control device threatening all of Buckhead. But that’s not all they’ll have to contend with… as an ancient power once thought defeated is freed from the Elseverse, spelling almost certain doom for them all!

Experience the epic conclusion to this incredible adventure as the mystery of the Eben sword is finally revealed.

Print copies of BUCKHEAD #5 will be available for sale on April 6, 2022, exclusively at local comic book shops (use comicshoplocator.com to find the nearest one) or at the BOOM! Studios webstore. Digital copies can be purchased from content providers, including ComiXology, iBooks, Google Play, and Kindle.

Fans and readers can purchase copies of BUCKHEAD SC, collecting the entire five-issue series, in local comic shops on September 7, 2022, and in bookstores everywhere on September 13, 2022.