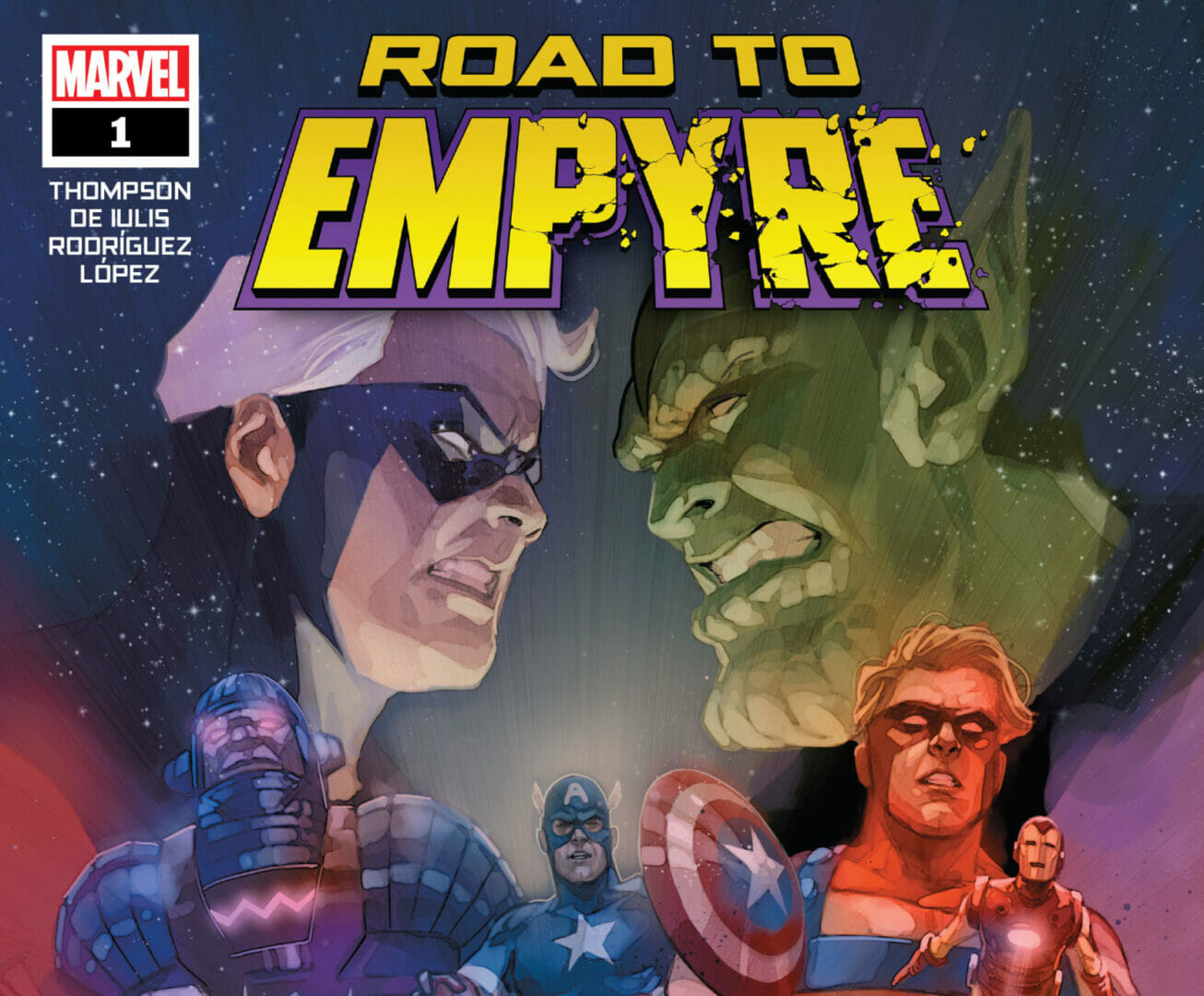 
A BRIEF THRILLING JOURNEY OF THE KREE/SKRULL WAR

This issue, featuring the Kree/Skrull war, was a beautifully drawn and expertly told story that honestly we didn’t really need headed down the road to Marvels next “Big Event”. Please don’t misunderstand, I really enjoyed this story as a matter of fact I feel like this could be it’s own story arc separate from Empyre.

Ok, enough of my feelings, lets get into the story!

This story follows a family of Skrull sleeper agents, The Warner Family. We get the quick backstory about the events that happened in Marvel’s Meet the Skrulls 5 issue series. The Warner family was sent to stop Project Blossom, a plan to expose and destroy Skrulls hidden on Earth. During the backstory, we find out that the Skrull husband Klrr aka Carl was betrayed and murdered and their youngest daughter Ivy was kidnapped, tortured and experimented on before she could be finally saved… I know super dark right?….. I need to go back and read that series because it sounds awesome lol

Moving into present-day G’iah aka Gloria Warner and her 3 daughters Madison, Alice and Ivy are doing recon on an abandoned Kree Lab, they come across something they’ve only ever heard stories about, it looks like a leaf. They later explain that this is no ordinary leaf, it once belonged to the Cotati people, a sentient plant species that lived alongside the Kree on Planet Hala. From here they go into the whole backstory of how the War started, it’s definitely an interesting read. Take it from me, someone that previously has had no interest in the Kree/Skrull War…….. aside from wanting to see Secret Invasion of course lol

Writer Robbie Thompson and Artists Mattia De Lulis, Javier Rodriguez and Alvaro Lopez did a fantastic job with this issue. The creative team took a group of people that I would otherwise have no interest in reading about and they’ve turned them into interesting characters with depth, morals and a rich tapestry of a back story on which they can build the story going forward. The artwork by the way was exquisite! The colors popped, the action panels really stood out from the back story and the history parts of this issue.

Some of the best moments of this issue were the moral quandary type of moments. There has been so much pain and hatred between these 2 species that it almost reminds you of the Hatfield vs the McCoy’s or the Montague’s vs Capulets. A rivalry, a war both sides refuse to quit but really no one can tell you why they fight….. war is all they know until Ivy, the youngest, the one that was hurt, tortured, bruised…. the one that should have a real hatred because of whats happened to her instead she’s the one preaching PEACE.

The passion and the heart that is felt because Ivy is the one saying that she forgives the Kree for what they’ve done and is willing to move on and move forward while her mother (Gloria) refuses to forgive and she goes to all extents to get her Vengeance for the death of her Mate (Husband) She is hell-bent on revenge until a hard truth smacks her right in the face. I won’t spoil it for you guys but it’s a definitely great story with a great twist ending.

While this story doesn’t really seem to have any bearing on what happens in Empyre it was a very fun read and it gets you interested in some really cool characters. You also get a pretty great history lesson and you get some of your favorite characters such as Mar-vell, Captain America, Hulkling, Thor, etc, etc.

I hope they continue this build in Empyre and show just how difficult it will be for the Kree and the Skrulls to put their differences aside and unite. If you’re looking for something entertaining to keep you busy during Quarantine 2020 this Kree/Skrull War will be the book for you.