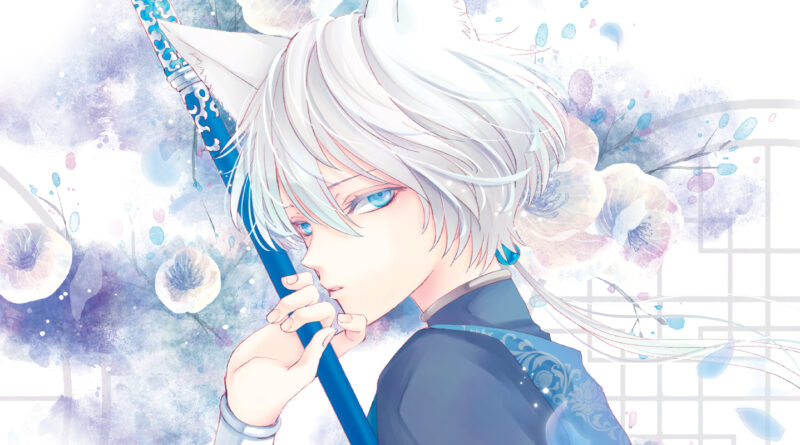 
Dive Into An Amazing New World In Rei Toma’s The King’s Beast Vol. 1

The King’s Beast is the newest series from author Rei Toma, most well known for the popular fantasy manga Dawn of the Arcana. This time the world is set in a fictional ancient China where humans and beast creatures called Ajin live in dysfunction. Ajin, while the minority, live as second class citizens ruled over by the humans. In this world, Ajin with special powers get chosen to protect royalty, no matter the age. Ajin men must serve in the military and women can only work in low ranking positions, the younger ones have to become prostitutes. This first chapter volume cements how awful their society is.

Our protagonist, Rangetus Ko is out for revenge against her brother’s killer. When they were much younger her twin brother, Sogetsu, was taken and chosen to be the fourth prince’s beast servant where he was brutally murdered as a result of a feud between the young royal princes. Renouncing her gender she disguises herself as a man and swears revenge so she can get closer to her brother’s killer. She’s especially vengeful towards the fourth prince, Tenyou, who she believes killed him. She is shocked to learn that Tenyou was not responsible for his death and is not like the other royals who treat all Ajin cruelly.

Instead, he is kind and even expresses his grief and regret at Sogetsu’s death. With enemies all around the two form a shaky alliance as they rally together to find Sogetsu’s killer. The art is gorgeous and the volume sets a good pace for readers to settle into the world. Tenyou has multiple brothers who he plans on questioning so there’s no doubt that there will be a whole host of interesting characters introduced. Watching Rangetsu and Tenyou navigate royal politics sets the story for a lot of dramatic and exciting moments.

The King’s Beast Vol. 1 is a manga we’d recommend to new and old readers of Rei Toma’s work. While The King’s Beast is set in the same universe as Rei Toma’s Dawn of Arcana, readers don’t need to read that specific manga in order to jump into this new story. It’s one of the great things about it.

The King’s Beast Vol. 1 is available now wherever books are sold and on the official Viz Media app.