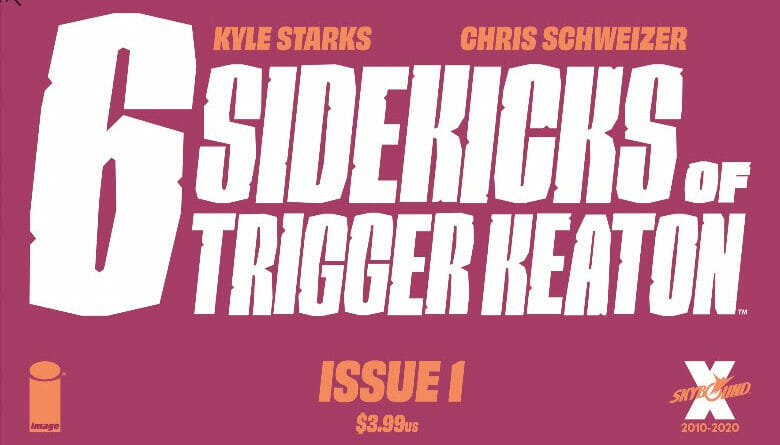 The world’s most unlikable action star has been found dead, and his previous TV sidekicks take it upon themselves to find out who killed him. But how can you catch a murderer when almost everyone hated the victim? Time for the sidekicks to become the stars of this show…that is, if any can survive the STUNTMAN WAR!

“I’m so excited to be working with Skybound again on another great action-comedy series,” said Starks. “This time I get to do it with my best friend, America’s best kept cartoonist secret and three-time Eisner nominee Chris Schweizer. Chris came to me and suggested the remarkable title which we crafted into the tale of six former kid TV sidekicks trying to solve the murder of their awful human TV mentor.

Sort of like Knives Out meets Once Upon A Time In Hollywood? If there are two things I love to write, it’s charming dummies and action, and this book is full of both plus rising stakes, escalating nonsense, and a lot of fun. Comics should be fun, so we made a fun one!”

“Kyle and I are opposites in almost every way, with extremely different artistic and narrative priorities, except for one that we share: we both want to do our very best work, and we want that work to resonate with its audience,” said Schweizer.

“And that sentiment is enough for us to end up seeing eye-to-eye on things and helps to turn our disagreements over story or its execution into a whetstone that sharpens it up into something that we hope we can be proud of. We were keen to take an action story and structure it around a mystery. We both like mystery comedies like Monk, Knives Out, and Psych, and we wanted to combine those genres in a way that was fun for us and fresh for the reader.”

The Six Sidekicks of Trigger Keaton #1 will be available at comic book shops and digital platforms including Amazon Kindle, Apple Books, comiXology, and Google Play on Wednesday, June 9: