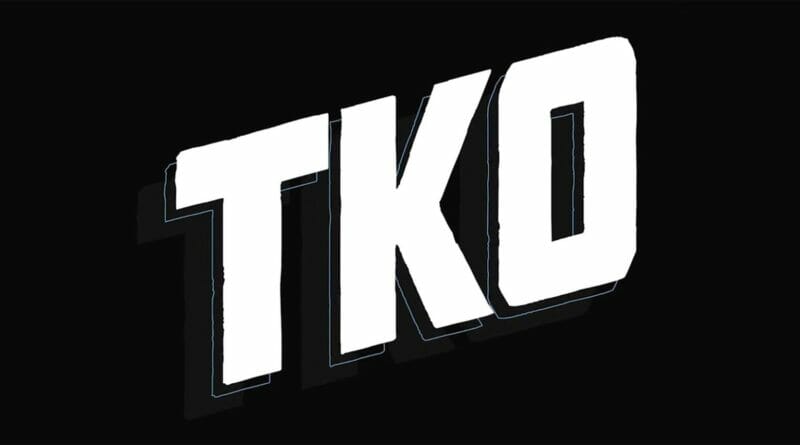 Coming hot off the heels of their partnership announcement deal with New Regency which will see the renowned studios developing new television series based on TKO Studios massive comic book library IP. The independent publisher has now announced the upcoming launch of TKO Rogue, a new imprint that will dedicate itself to releasing novels and illustrated fiction from a range of dynamic authors and creators from both literary and pop culture worlds.

To coincide with the launch of TKO Rogue, TKO Studios has announced the first two titles which are set to release in print and digital this coming January. Those titles include the occult thriller “BROOD X” by Eisner-nominated writer Joshua Dysart (UNKNOWN SOLDIER, B.P.R.D.), and renowned artist MK Perker. Alongside “BROOD X”, TKO Rogue will also release “ONE EYE OPEN”, a nail-biting murder mystery by New York Times Bestselling author Alex Grecian (THE YARD), and artist Andrea Mutti.

“The launch of TKO Rogue is the next step in the evolution of TKO Studios and bridges the vibrant worlds of novelized fiction and comics with works from a renowned pair of award-winning, bestselling authors and internationally recognized artists,” says Tze Chun, co-founder of TKO Studios. “We invite readers to enjoy these new books and join us as we develop an exciting roster of original prose titles.”

Founded in 2018, TKO Studios has garnered acclaim with an expanding roster of well-known comic and graphic novel creators and an innovative “binge release model” that simultaneously publishes entire series in periodical and collected editions, in print and digital formats.

With popular creative teams like Eisner nominee SENTIENT’s Jeff Lemire & Gabriel Walta, THE BANKS’ Roxane Gay and Ming Doyle, and SARA’s Garth Ennis & Steve Epting, to new all-ages offerings like DJELIYA by Juni Ba, and SCALES & SCOUNDRELS, by Sebastian Girner & Galaad, TKO has become known for publishing great comics and looks to make similar inroads into the
worlds of fiction and illustrated prose with the launch of TKO Rogue.

With the Red Scare on the rise and a looming fear of nuclear war gripping the nation, seven laborers gather under the smoldering heat of an Indiana summer to begin a curious project: constructing a bomb shelter in the middle of nowhere. But when the emergence of a once-in-a-century cicada swarm ushers in a series of increasingly unlikely accidental deaths on the site, the survivors start eying each other with more than just suspicion. And with good reason. One of them has heard the cicadas’ maddening song before.

After her mother’s sudden passing, Laura and her daughter Juniper return to her childhood home in the rural outskirts of Denmark. In the scenic village amidst seas of wheat fields, Laura hopes they have finally let tragedy behind them. Then, Juniper notices something strange about the people she encounters, the same people who have worked in these fields for centuries. In tracing her lineage back through her mother and beyond, Juniper makes a horrifying discovery. This town is alive with more than just nature, and the endless fields of wheat demand to be harvested, whether the hands that do so are alive or dead…