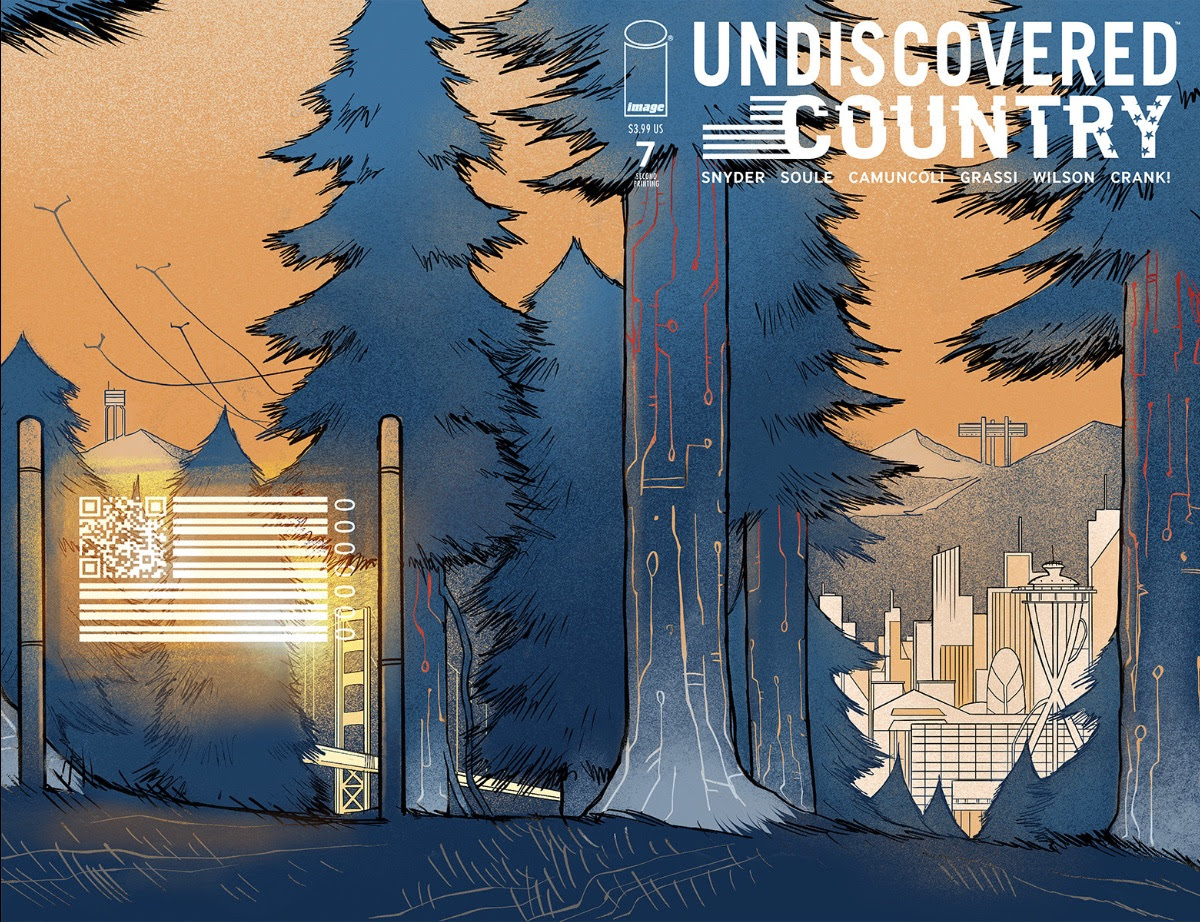 Image Comics will rush the wildly popular Undiscovered Country #7 by New York Times bestselling writers Scott Snyder (Batman, Justice League, American Vampire, Wytches) and Charles Soule (Curse Words, novels The Oracle Year, Anyone) and artist Giuseppe Camuncoli’s (The Amazing Spider-Man, Darth Vader, Hellblazer) back to print in order to keep up with overwhelming demand for the latest issue in one of the most talked about series on shelves. This new printing will feature a stunning wraparound cover by Camuncoli and Leonardo Marcello Grassi.

Undiscovered Country #7 kicks off a new story arc for the series that made headlines for its flashy arrival in 2019 as one of the highest ordered launches in the nearly five years for Image Central and before gaining further momentum to top the charts for reorders throughout the first story arc.

“When Scott Snyder and Charles Soule first pitched Undiscovered Country to me over dinner in Seattle almost five years ago, I knew it was destined to be a huge hit, but aided by the supremely talented Giuseppe Camuncoli they have turned into one of the most riveting reads in comics and a testament to the greatness of serialized storytelling,” said Eric Stephenson, Publisher and Chief Creative Officer at Image Comics. “We couldn’t be more proud to have a series like this at Image, and we’re all thrilled it’s continuing to reach new readers.”

After barely escaping the deadly clutches of the Destiny Man, Undiscovered Country #7 follows the expedition team as they cross over into the strange new zone of “Unity”—a futuristic world of gleaming technology and artificial intelligence. But will it be a safe haven for our heroes, or are they destined to be absorbed into the hive mind?!

The series was acquired early on by New Republic Pictures after a competitive bidding war for potential franchise development with Snyder and Soule attached to adapt the screenplay and serve as executive producers alongside Camuncoli. John Hilary Shepherd will oversee development.

Undiscovered Country, Vol. 1 (ISBN: 978-1534315990) is available now at your local comic book shop or independent bookstore via Bookshop or IndieBound, or it can be ordered on Amazon, Barnes & Noble, Books-a-Million, and Indigo.