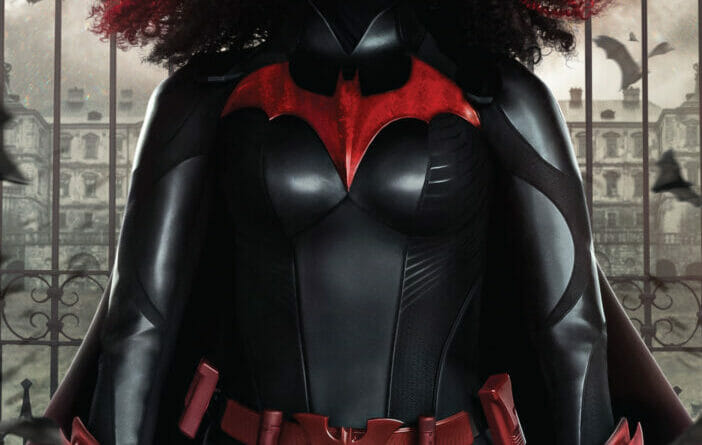 
DC Comics kicking off April’s releases with a trio of new #1s, Batman Beyond: Neo-Year #1, Flashpoint Batman: Knight of Vengeance #1, and Earth-Prime Batwoman #1

Ra’s al Ghul is dead, and Talia is out for revenge! Batman is on the case to find Deathstroke before Talia’s elite killers do! But Batman starts to piece together that not everything is what it seems in Ra’s’s death…and knows whom he must interrogate to get answers…Talia herself! Can the two former lovers ever work together again? Plus, a backup tale showing the secret first fight between Batman and Deathstroke!

Neo-Gotham is alive and has killed Bruce Wayne. It’s rejected Terry McGinnis as Batman and offered him the chance to escape. Terry turned it down—he is the city’s protector, and he will uphold the legacy of Batman. Now Neo-Gotham will do everything in its power to destroy Terry, including creating brand-new villains to fight him. Terry’s first year without Bruce Wayne begins…does he have a fighting chance?

From the rising-star creative team of Collin Kelly and Jackson Lanzing (Kang the Conqueror) and Max Dunbar (Batman: Urban Legends, Robin), a new future for Batman Beyond has begun!

The epic continues, and blood will spill. Catwoman and the Riddler have pulled off the perfect crime and are now in possession of the most valuable object in the DCU. But how long can they hold on to it with not only Batman on their tail but also a terrifying new villain known simply as the Help?

Spinning out of the hit CW shows, Earth-Prime continues the adventures of your favorite heroes from the small screen. While each issue focuses on a different Arrowverse series, a threat lurks in the background, out to finally bring these heroes to their knees!

Ever since the tech that created many of Batman’s rogues hit the streets, Ryan Wilder has been running herself ragged trying to contain the new villains popping up around Gotham City. But when Clayface’s mud binds itself to a local high schooler, Batwoman will need help from an unexpected source in order to contain this muddy foe! Also, follow how Luke Fox balances his life as a superhero and a boyfriend!

Wayne Casinos towers over Gotham City, but even the bright lights can’t keep the dark shadows from enveloping the city. When the Joker kidnaps the children of the city’s District Attorney, the Batman takes the case. But the man under the mask may not be the Dark Knight we know!

The bat’s out of the bag as Monkey Prince and Pigsy both realize what all the demon spirits around the world are after—eating specific superheroes in order to gain their powers!

And this penguin demon has his eyes on…Batman! Uh-oh, Monkey Prince, it’s bad enough you have to keep hiding your tail when you’re Marcus, and how your circlet keeps returning latched onto your body as something else every time you try to get rid of it—but now cannibalism is also on the menu? YEOW!

After an unfortunate accident at Heroz4U headquarters, all the employees are under investigation for the moment it all went up in flames! Now Red Tornado has stepped forward, ready to tell the truth. Could one of our heroes actually be a villain in disguise?

The War for Earth-3 may be over, but the battle at home is only heating up! As egos clash, bugs ambush, and a big-#$% Parademon tries to eat his own teammates, an explosive confrontation between Peacemaker and Bloodsport will leave you breathless! As Ambush Bug would say: HELP! I’M TRAPPED IN SOLICIT COPY!

The second installment of the jaw-droppingly ambitious history of the Amazons finds their future queen, Hippolyta, cutting a swath through the world of men, desperate to be reunited with the astonishing women who saved her life…but unfortunately for her, they’re hard folk to find. Perhaps it is the will of the Goddesses that they cross paths again…but before that moment, Hippolyta will gather to herself a tribe of her very own—and find that the hearts of all women do not necessarily burn with a flame as righteous as her own…

As Kryptonians suffer the effects of the planet’s deterioration, they lose faith in their leaders. But taking to the streets in protest puts them in Zod’s crosshairs. With his own people as his enemy, will he curb his brutality? Meanwhile, Jor-El is distracted by matters of a more personal nature!