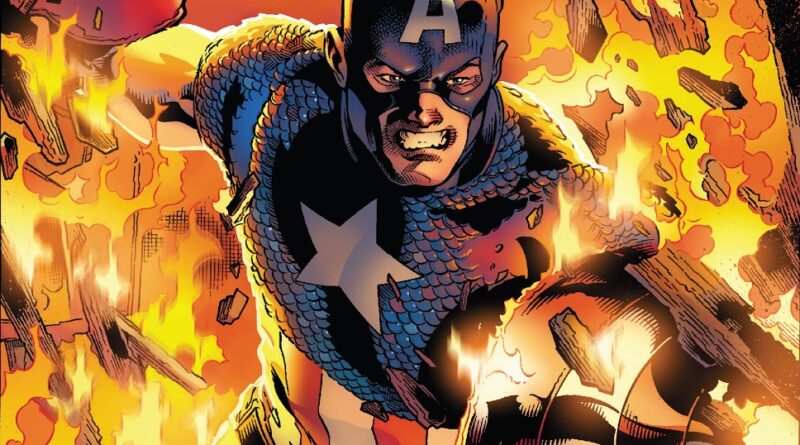 
As the U.S. Agent, John Walker is haunted by his past, as he is being recognized by West Virginia residences as Captain America.

The U.S. Agent is assigned by his handler to go to a Virago distribution hub. He brings along a pizza deliveryman that he fought, named Morrie Watanabe. However, the two men are separated. Walker is attacked by masked guards. He then finds out that one of his attackers is his younger sister. Former employees of a mining company talk about blowing up Virago’s power plant. This was done because the town suffered. They even mentioned that Walker showed up with the pizza guy.

Businessman, April Manning speaks with students at Harvard. After wrapping up, he is thanked for talking with the students. He then enters a taxi, which is heading to West Virginia. He injects himself with a serum and begins bulking up.

Around the same time, in Nebraska, Valerie Cooper bullies agency employees. As she gets word that Walker was given a mission, even though he was fired. Finally, we go back eighteen years into the past and arrive at Georgia. A boy is woken up by a fire. He witnesses his sister running back to retrieve her stuffed toy. He then imagens his savior as Captain America. The boy recused was John Walker. As for his hero, it was his older brother, Mike.

We are now in the present day of West Virginia. John’s sister, Katie is fixing up a motorcycle for her brother’s mission. Katie says that John would be nothing without Val. She was the reason he was popular as Captain America. The siblings continue to fight. The fight then is about John not checking up on his sister after the fire and their family’s death.

Katie storms off but eventually returns to work. Watanabe is then woken by kids. They play with his gun and are chased off. Walker’s temporary ally is talking with one of the ex-mining employees. He was saved by her and is led to the toilet. John defends the citizen of the state, while Katie trashes them. She is unhappy that their power plant was blown up. After this, John tells Katie their brother died in a chopper explosion. Katie just wants her brother to be there for her. John promises to talk to her after he returns.

A few hours later, John is close to Watanabe’s location. His bike breaks down and a civilian offers to help him. The citizen then freaks out because he is meeting a former Captain America. People are the area are excited as they think they are meeting the real Cap. One even believes Walker saved his grandfather in the war. John tries to explain this is not true, but he goes with it.

Going back to his sister and her group, they find out what happened. Katie goes on about how they are racists and people that reject facts. However, John fights back, defending them. Katie then talks about their brother, who suffered mentally. It is revealed that Mike actually committed suicide. This enrages John and the group holds him back. He pushes through the group as she tells him not to blame himself.

John then leaves with a ship, taking Katie’s card. Immediately after, the group is ambushed and killed by Manning’s men. Katie survives because she is working with the new U.S. Agent. The issue ends with the pair kissing each other.

The issue was a pretty good read. It is awesome reading about this character that will be prominent in the Marvel Cinematic Universe. Especially, when you don’t know a whole a lot about them.

The writer, Priest did a nice job showing racists still believing that Walker was the real Cap. I also liked how they showed how he too denies Mike’s real death. He is just like the people that look up to him. They think they have something good. Yet, all they want to do is deny the truth. Also, the twist at the end was pretty cool too.

Karl Story’s and Matt Milla’s work on the comic deserves credit. The shot of “Captain America” saving Jonh was awesome. The transition reveals John’s real savior was pretty wholesome. Seeing his brother as his hero was beautiful. This was my favorite moment of the story. Then, the past and present versions of him was really cool. Even Walker’s messed up shield was badass.