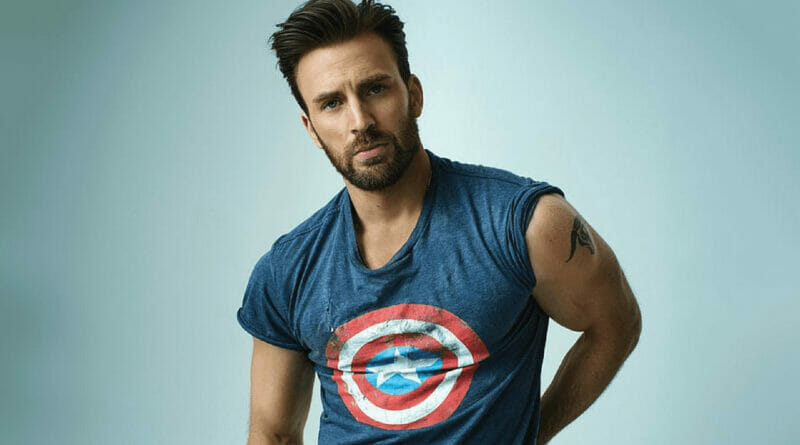 
This article spotlights Chris Evans’ rising acting career, battle with anxiety, and how the beloved star stole the hearts of millions

Chris Evans. When I think of him, three things come to mind: 1) Man crush activated! 2) The quote, “That’s America’s ass!” 3) His smug face flying through the air, trailed by flames on the Fantastic Four poster. But being one of the most recognizable faces within one of the most profitable film franchises ever isn’t all it’s cracked up to be. In this article, I will articulate the rise of Chris Evans from his early acting days through the MCU before diving into his newest adventure, Lightyear.

As a member of a very melodramatic and acting-centric family, Chris Evans has been in the realm of theatre and alternate scripts almost his entire life. Growing up in Boston Massachusetts, he remembers being fearless at acting camps and participating with gusto in his early auditions, but it didn’t always stay that way. As he turned towards acting as a full-time career, Evans states that this confidence almost fell away when anxiety stepped in.

In his early days, Chris Evans picked up roles in Not Another Teen Movie (2001), The Perfect Score (2004), What’s Your Number (2011), and an unreleased film in 2005 titled, The Orphan King. These films regrettably typecast Evans as a heartthrob rom-com actor and he tried to distinguish himself by choosing other roles like the incredible sci-fi thriller, Sunshine (2007), Scott Pilgrim (2010), albeit he was a hot boyfriend in that movie, or Snowpiercer (2013). But it was the choice to play Johnny Storm in 2005’s Fantastic 4 that was the tipping point.

From here, Evans was burned (if you’ll pardon the pun) by the popularity and fame that comes with comic book roles. The fandoms can be horrendous and Evans detested coming out of his home and being recognized so forcefully that it was this that sparked his indecisions around Captain America. It is widely known that Evans originally turned down the role of Captain America for reasons that could be attributed to head noise. And this tweet wasn’t the first time he spoke about anxiety.

Revealing in an interview with the YouTube channel, Motivation Madness, “[Captain America] was a big commitment. If the movie hits, your life noticeably changes. If someone in your family is in the hospital, and you’re going in and out and people are taking pictures of you and you complain, it’s too bad. You made this bed, sleep in it.” All of the anxiety and uncertainty are tied to Marvel’s responsibility. Eventually, it was his mother who turned him around. Most recently, Evans was applauded for his honesty on social media followed by a deluge of support when he tweeted: “Nothing like anxiety for no reason whatsoever. Looking like a 4 pm bedtime for me. Happy Friday!”

Continuing in the interview, Evans is asked what advice he would give himself as a youngster, and the simple answer, “Shh.” Chris then goes on to talk about head noise, that telling yourself to be quiet is not quitting or giving up but rather separating the negativity in your brain and rising above it. And, as someone who has struggled with this sort of mental health issue before, it strikes incredibly close to home and is very eloquently expressed.

Now, Evans is finished up as the Star-Spangled Man, much to the fans’ chagrin, and on the lookout for more differing roles. Not one to want to be typecast again, Chris Evans has tried his hand at devious comedy, Knives Out (2019), the sensational AppleTV+ series Defending Jacob (2020), and unveiling a new political-themed website, A Starting Point (a place to exchange ideas peacefully to begin to solve differences.) But what has the eyes of the media world currently, is Evans’s voice acting chops in the role of Buzz Lightyear of Star Command.

Lightyear, set for release on June 17, 2022, showcases the space ranger behind the toy. In a somewhat, Inception-esque story, the Tim Allen voiced Buzz Lightyear is a toy based on a real astronaut within the Toy Story universe. It will take a lot to appease the crowds with this new film but Chris Evans has tweeted it is a dream come true and animation was his “first window into the magic of storytelling and performing.” Coming full circle now to that young boy who was ready to take on the world of entertainment.

It almost goes to show that Chris Evans emulates Steve Rogers. A timid boy, perhaps in over his head in a world where he is uncomfortable and uncertain. But through the power of positive self-talk and the support of loved ones (not a super-soldier serum), Chris was able to rise above and distinguish the difference between his mind playing tricks, and what he wanted to achieve. And, as he takes on another beloved character, Evans is the epitome of reaching To Infinity and Beyond.