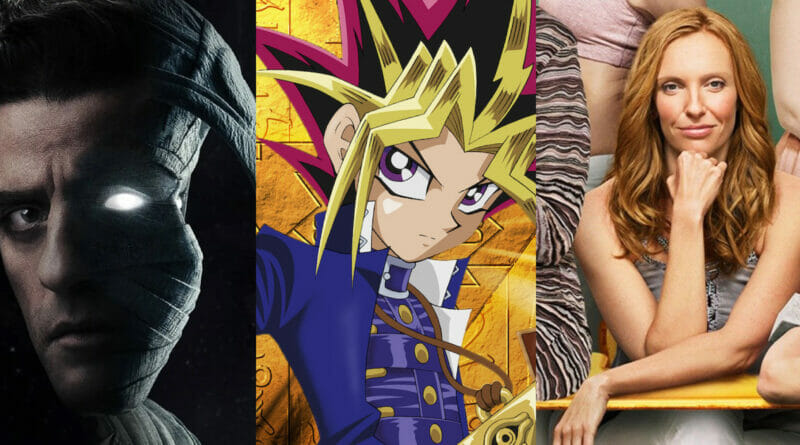 
Below we will be discussing the mental health condition known as dissociative identity disorder (which we will refer to as DID). I would like to offer a trigger warning for readers. Although I will be speaking about fictional characters with DID, the condition is real. If you feel you need to talk to someone about your mental health, please contact a local therapist or hospital.

In order to confirm my understanding of DID, I researched the disorder. There are multiple dissociative disorders that involve experiencing a disconnection and lack of continuity between thoughts, memories, surroundings, actions, and identity. Formerly known as multiple personality disorder, DID is characterized by “switching” to alternate identities. Each identity may have a unique name, personal history, and characteristics, including obvious differences in voice, gender, mannerisms, and even such physical qualities as the need for eyeglasses. Dissociative disorders generally develop as a way to cope with trauma (Mayo Clinic, 2022).

Below, I have compiled a shortlist of fictional characters who suffer from a dissociative identity disorder. Where possible, I have tried to find those who are treated with a sense of seriousness as opposed to comic relief. Each character will be dissected regarding their media form, a number of personalities, impact on media as a whole, and portrayal of DID. Without further ado, let’s get onto the list in no particular order.

Marc Spector, Steven Grant, Jake Lockley—at any given hour you might not know which personality of Moon Knight you are talking to. Brought further into the public eye via Oscar Isaac’s portrayal in the Marvel Studios/Disney+ series, Moon Knight is a character who has been diagnosed with Dissociative Identity Disorder/DID. The personalities are created because of his near-death experience and are a coping mechanism for that PTSD, he goes to therapy for the condition and has tactics in place to assist him.

Another thing that sets it above the rest is the source of his powers, Khonshu, is an Ancient Egyptian God channeling its powers through Marc, or is it? With Marc Spector’s DID, we don’t know what is real or not. I hope Marvel does Moon Knight and the DID condition justice with their new show, it would be a shame to treat mental health lightly when they have the ability to bring attention to it.

The Narrator played by Edward Norton is the typical Everyman: he works an office job, suffers amnesia, and is disillusioned. Then in comes Tyler Durden (Brad Pitt), an erratic fighter who is hell-bent against society. We find out that Norton and Pitt are the same people and while Norton is “sleeping”, Tyler conducts the Fight Club business. This moment in the film was such a bombshell twist on first viewing. The film uses violence to showcase DID and this has come under scrutiny in the past; however, The Narrator uses Tyler Durden as a coping mechanism, which could be seen as something they got right.

The Strange Case of Dr. Jekyll and Mr. Hyde was written by Robert Louis Stevenson in 1886. During this time, medical professionals and alienists were discovering more about the human psyche, and perhaps this is some inspiration for the story. Dr. Jekyll has repressed sadistic urges and in an attempt to banish them forever, develops a serum but this backfired and he manifests his evil personality as a transformation into Mr. Hyde. This is another case of split personalities being evil, which modern science knows is not true. I have included it because of its prominence as a classic tale (one which could have been resurfaced if not for the ill-fated Dark Universe).

Suburban housewife Tara Gregson (played by Emmy-winning, Toni Collette), is trying to live life while coping with the daily struggles of DID. Throughout the show, she exhibits seven alters as they are known, ranging from a 5-year-old child, a flirty teen, or a beer-guzzling Vietnam vet. What I feel is different, and possibly better, about this interpretation than the others on the list is that it showcases DID in a realistic setting. There are no superpowers or villains, it’s just Tara Gregson and her family wavering in successes and depression while navigating family life, alters, and therapy.

The protagonist of the anime Yu-Gi-Oh sports two different personalities caused not specifically by trauma but through the Millennium Puzzle (a Macguffin piece within the show). Yugi Mutou is a sweet boy, short of stature, but when needed, he unknowingly transforms into the embodiment of an Ancient Pharaoh, Atem otherwise known as Yami Yugi. The reason I have included Yugi in this list is that it showcases how DID can be a form of dealing with difficult situations. Yugi is weak and childish yet Atem is fierce and ready for battle. Apart from transformation media (more on that later), it was some kids’ first introduction to DID.

The Alfred Hitchcock film, Psycho, is well known for the “shower scene”, parodied in many shows including The Simpsons, and is a hugely influential film. But Norman Bates is a character with trauma in his past. After the death of his father, he depended on his mother but when her attention wanes, Norman poisons her. Afterward, in order to cope, he assumes a second identity as his mother. One thing the creators got wrong about DID is that the psychiatrist at the end mentions Norman can communicate with the mother persona, this is now known to be incorrect. More of this character can be seen in the show Bates Motel.

Sporting 24 different personalities, Kevin is the titular character in Split (to which the title refers to his split personalities). As a child, Kevin was subject to abuse from his mother and created the personalities as a way to cope. Some of the more notable are: Barry, Dennis, Patricia, Hedwig, and the Beast. Although the film has its fair share of criticism and some focused on its portrayal of DID, I felt like James McAvoy did a brilliant job at acting the different parts. The movie brought DID to where it should be in the media: a mental disorder requiring medical intervention.

Harvey Dent from Batman lore eventually becomes the villain Two-Face. In comics and animated series, the two sides have distinct personalities. In recent years, comic writers have explained the two personalities as DID—a coping mechanism from abuse as a child—and the added trauma of acid from Sal Maroni enabled them to shine through. This is up for debate as it changes depending on who is writing because the Two-Face persona has sometimes been described as his rarely seen brother. He may have DID, bipolar, or schizophrenia. I have added Harvey Dent to this list because of his familiarity as a prominent member of Batman’s rogues gallery.

If you were to Google fictional characters with dissociative identity disorder, you would find a list of characters who may or may not exhibit the disorder in the sense that the medical field would. Below I have three iterations of DID or similar that I wanted to include in the above list but felt like they deserved honorable mentions at the least.

Gollum and Sméagol (The Lord of The Rings):

After his corruption by The Ring, Sméagol develops the alter ego/split personality of Gollum. Although they have differing personalities, the two can interact as seen through arguments or physical fights the two have. This could be identified as schizoid personality disorder because of the awareness and development of the condition.

After the trauma of gamma radiation, Bruce Banner develops the ability to transform into the Hulk albeit unwillingly (at first). Throughout the character’s history, Banner has developed many iterations of the Hulk, some being destructive, highly intelligent or a separate entity altogether. I think where this differs from DID is that Bruce transforms into Hulk and they are both aware of each other with some internal conversations (depending on the comic run).

Possibly the strongest or strangest case for DID in this secondary list, Launch is a side character in the popular anime, Dragon Ball. Launch has the odd disorder where she switches personalities when she sneezes from sweet and blue-haired to a gun-toting angry blonde. The two identities are unaware of each other. Comedically, Dragon Ball creator, Akira Toriyama, actually forgot Launch existed when he wrote the sequel Dragon Ball Z. Perhaps this transformation was a subconscious thought while Toriyama invented the Super Saiyan.

If you feel you need to talk to someone about your mental health, please contact a local therapist or hospital.