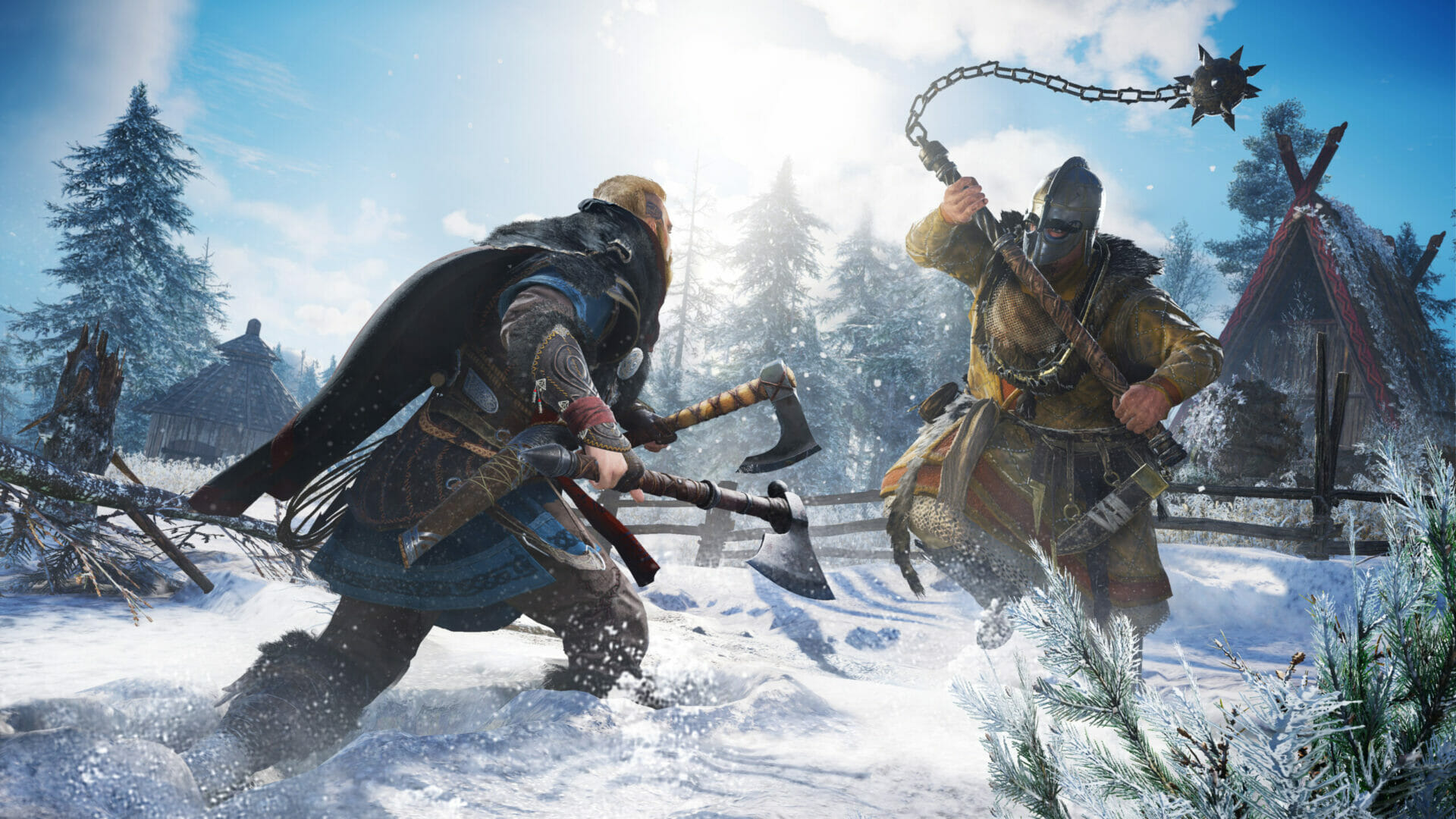 *THIS ARTICLE HAS BEEN UPDATED WITH NEW GAMEPLAY AND STORY DETAILS FOR ASSASSIN’S CREED VALHALLA.*

Yesterday during a special live stream with renowned artist BossLogic. Ubisoft presented BossLogic putting together the official key art for Assassin’s Creed Valhalla (pictured above) the latest installment in the Assassin’s Creed franchise.

Check out the official trailer below:

“Wars will rage. Kingdoms will fall. This is the age of the Vikings.” Is the tagline used by Assassin’s Creed for the game and if the trailer itself is anything to go by, this latest installment will be bloody and gruesome!

While Ubisoft has been steering away from the traditional Assassin’s Creed model which had players train and become a fully-fledged assassin. This has drawn out mixed emotions from fans of the Assassin’s Creed franchise in the most recent years. Today’s reveal was no exception.

The only thing connecting Assassin’s Creed Valhalla to the Assassin’s Creed title is the hidden blade. Which is now located at the top of the forearm, as opposed to the traditional under arm hidden blade seen in almost every installment of this game. Also, the now-iconic eagle that has become a staple in all of these games, was also seen in the trailer.

While it’s not a huge turnoff, having a hidden blade resting on the top of the gauntlet opposed to the bottom of it, it should make for interesting combat mechanics and assassinations.

Become Eivor, a mighty Viking raider, and lead your clan from the harsh shores of Norway to a new home amid the lush farmlands of ninth-century England. Explore a beautiful, mysterious open world where you’ll face brutal enemies, raid fortresses, build your clan’s new settlement, and forge alliances to win glory and earn a place in Valhalla. England in the age of the Vikings is a fractured nation of petty lords and warring kingdoms. Beneath the chaos lies a rich and untamed land waiting for a new conqueror. Will it be you?

Assassin’s Creed Valhalla arrives in the holiday season of 2020 and will be available on Xbox One, Xbox Series X, Playstation 4, Playstation 5, PC, and UPlay+.

For more news and updates on the latest games make sure to keep it locked right here at The Nerdy Basement.