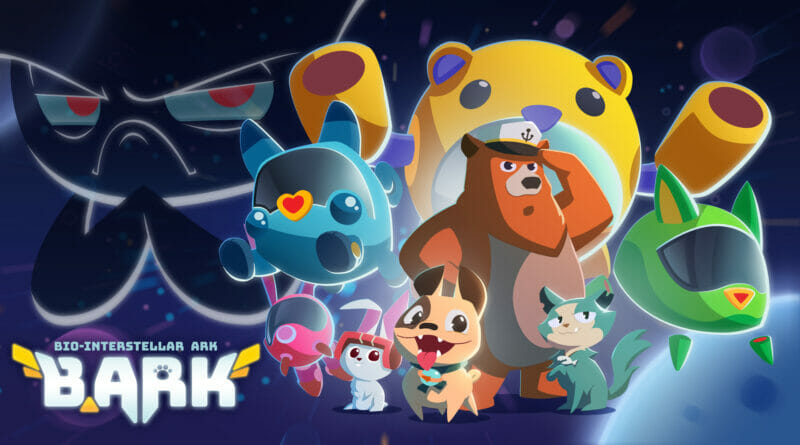 B.Ark The Game That Combines The Best of Classic SHUMP and Saturday Morning Cartoons Gets Official July Release Date


Suit up solo or in teams of up to four in couch co-op on B.Ark when it arrives on the Nintendo Switch™ and PC via Steam this summer

B.ARK, the interstellar animal adventure retro shoot ‘em up from Tic Toc Games featured in a Nintendo™ Showcase early last year, launches into space on Nintendo Switch™ and PC via Steam July 29. Play B.ARK’s new demo now via Steam. Join the ferocious members of Team B.ARK, a squad of animal pilots and Earth’s only hope against the Dark Tide, a menacing armada of cybernetic sea creatures. Soar across the Solar System as one of four formidable pilots: Barker the Dog, Felicity the Cat, Lucio the Bear, and Marv the Rabbit. Master each character’s unique ship, all equipped with their own weapon types and Super abilities.

Combine forces in 4-player couch co-op and unleash Super abilities to create Fusion Combos capable of destroying whole waves of enemies. Power up and battle aquatic mechanical menaces like the ruthless Crush-taceans, the steel-plated Metal Head sharks, and survive the spinning auto-firing onslaught of StarShip 2000! Face off against impressive screen-filling bosses with the risk-taking attitude of a daredevil dogfighter. Downed players can be picked up by teammates’ ships to enable Side-Car Mode, allowing downed friends to stay in the game. Fly like a team, but don’t forget about the end level tally that compares each pilot’s performance!

Whether you’re a seasoned SHUMP player or are new to the genre B.Ark is simple enough and caters to all kinds of players no matter their respective skill level. Veteran SHUMP players will have a bit of an edge when it comes to playing with players with a lower skill level and will be able to help them progress through the game, keeping new players engaged and involved. Veteran players will also get a the challenge of classic SHUMP games they’ve come to love and enjoy throughout the years.

The best thing of all is that B.Ark has great animation, character design and also has a heartwarming story and charm that we’ve come to love and enjoy from our classic Saturday Morning Cartoons. It’s truly the best of both worlds and as Saturday Morning Cartoon did and still do now, they bring us all together to enjoy something truly special.