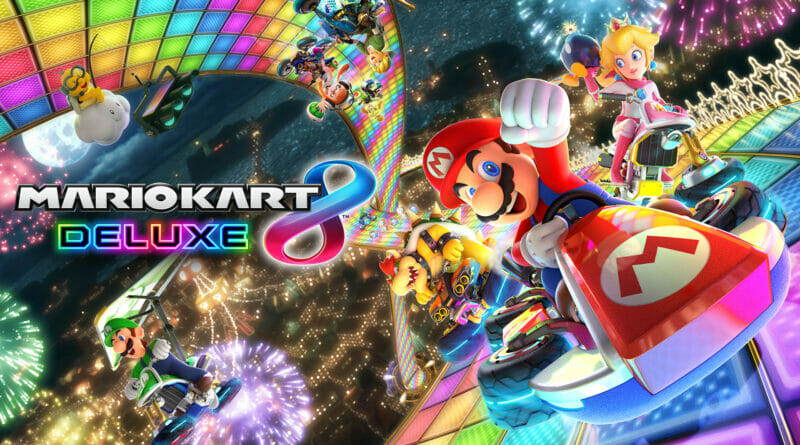 
Black Friday Offers on Mario Kart Live: Home Circuit, Ring Fit Adventure, The Legend of Zelda: Breath of the Wild and More Give Families More Ways To Play Together This Holiday Season

With Black Friday right around the corner, Nintendo is offering a high-octane bundle and powered-up deals on select  Nintendo Switch games to help families save on their holiday shopping and enjoy more ways to spend time together this year. Kicking off Nintendo’s Black Friday deals on Nov. 21 is a Nintendo Switch bundle that includes the Nintendo Switch system, the digital version of the best-selling Mario Kart 8 Deluxe game, and a three-month individual membership* to Nintendo Switch Online at a suggested retail price of only $299.99!

Also, available starting on Nov. 21 is a wide selection of Nintendo Switch games at a suggested retail price of only $39.99 each, which is $20 off their regular suggested price. Shoppers can take advantage of the $20 discount (actual discount may vary) on games such as The Legend of Zelda: Breath of the Wild, New Super Mario Bros. U Deluxe, Splatoon 2, Super Mario Maker 2, Paper Mario: The Origami King, Kirby Star Allies, The Legend of Zelda: Link’s Awakening, Fire Emblem: Three Houses, ASTRAL CHAIN and Xenoblade Chronicles: Definitive Edition.

With Kirby and the Forgotten Land, Splatoon 3, and the sequel to The Legend of Zelda: Breath of the Wild all scheduled to launch for Nintendo Switch next year, now is a great time to pick up some earlier games in the Kirby, Splatoon, and The Legend of Zelda franchises before the new games arrive.

A variety of digital deals will also be available for Black Friday in Nintendo eShop on Nintendo Switch. Details about promotion timing and featured games will be announced at a later date.

“With families looking for new ways to connect and spend time together this year, Nintendo Switch offers a wide variety of experiences for every member of the family,” said Doug Bowser, President of Nintendo of America. “Whether you are shopping for an active gamer or someone new to the world of Nintendo, this year’s Black Friday deals have you covered.”

In addition to the Black Friday deals, there are other holiday options to consider from Nintendo, including the new Nintendo Switch – OLED Model console, which has a similar overall size to the Nintendo Switch system, but with a larger, vibrant 7-inch OLED screen, a wide adjustable stand for tabletop mode, a new dock with a wired LAN port (LAN cable sold separately), 64GB of internal storage**, and enhanced audio for handheld and tabletop play.