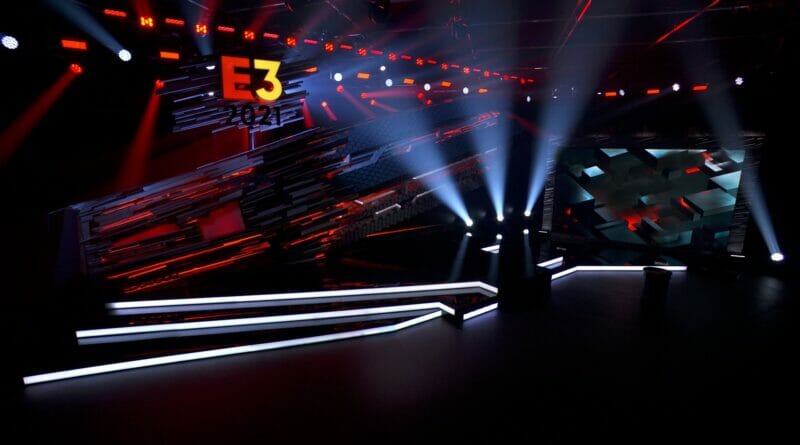 
E3 2021 is officially in the books! Let’s take a look at this year’s biggest announcements and biggest disappointments.

E3 2021 has officially wrapped and now we can take the time to really sit back to redigest and regurgitate any announcements made during this year’s all-virtual event. E3 2021 indeed had some great announcements but also featured some real lackluster ones. Other press conferences were just outright bad and really missed their opportunity to make their conference a memorable one. On the other hand, indie game publishers and developers really had the opportunity to shine…and while the exclusion of Sony/Playstation and EA while missed I’m sure wouldn’t have any this E3 any better.

Going from an in-person event to an all-virtual one is no easy feat and anyone who thinks putting on a week-long showcase like this is an easy feat is in for a rude awakening. It goes without saying that E3 did its part in providing the platform for these gaming publishers and studios to really get fans excited for the next year of video games. However, as I previously mentioned, not everyone delivered and I feel like E3 as a whole takes a bulk of that hit since they’re the ones providing the platform.

Would an in-person event have had any benefit to making E3 2021 that much more memorable? Probably because the press and fans would have been able to get their hands on demos in-house rather than playing them on Steam or waiting for review keys in order to play the game and provide any kind of feedback on it. As well as conducting further interviews and deep dives on games while at the in-person event rather than just streaming their thoughts on their respective channels and websites.

Outside of Nintendo’s Treehouse, E3 2021 did not feature a lot of gameplay demos from developers. Games like Far Cry 6 would’ve benefited from having a developer playing an hour’s worth of the game rather than just highlighting Giancarlo Esposito as its villain with a new teaser showcasing the gameplay and season pass content. Seeing a developer demo as we did for Monster Hunter Stories 2 explaining some of the new gameplay mechanics and how the system differs from previous games while also sticking to its core concept would’ve sold the game more to gamers and fans of the franchise.

I also feel like Ubisoft relied heavily on the return of past Far Cry villains as playable characters as Far Cry 6’s biggest selling point. This is also done with Watch Dogs Legion: Bloodline which sees the return of Aiden Pearce. A character Ubisoft is also using as a selling point for this upcoming DLC. In terms of the biggest announcements for Ubisoft, the standout at least for me is Rainbow Six Extraction and Mario + Rabbids Spark of Hope.

The biggest letdown from E3 Day 1 was Gearbox who simply provided a super secretive behind-the-scenes look at Eli Roth’s upcoming live-action Borderlands film. While we got a glimpse at one of the weapons from the game which will be featured in the upcoming film and having a brief discussion with Kevin Hart about the film who was also in costume. We didn’t get much else. After weeks of revealing the cast in silhouette set photos, you would think Gearbox would be adamant about getting fans excited about this film by providing an official look at the film.

Gearbox also misses the mark by not showing any actual gameplay from Tiny Tina’s Wonderlands. The developers of the game did talk more about the game itself and what inspired it, while also confirming that it is a standalone title. Showing the same trailer we got earlier in the week during the Summer Games Fest was redundant.

Day 2 of E3 2021 was solely owned by Xbox and Bethesda who is now an Xbox exclusive gaming studio. Xbox and Bethesda came out guns blazing by showcasing a whopping 30 games, including the release date for Halo: Infinite, something fans were eagerly waiting for and it’s free-to-play multiplayer which will also be launching this holiday season alongside the main campaign. Xbox and Bethesda also showcased Starfield and a new Xbox original title Redfall.

Xbox and Bethesda held the most watchable presentation in all of E3 alongside Nintendo. Square Enix on the other hand was the least exciting showcase of the day which featured the official reveal of their Guardians of the Galaxy video game. A new title in which players will play as Star-Lord, leader of the Guardians of the Galaxy. Feedback on the socials was rather mixed when it came to this new title and that’s mostly due to the sour taste Crystal Dynamics and Square Enix have left in the mouths of fans who played Marvel’s Avengers.

And speaking of Marvel’s Avengers, Square Enix also revealed a new trailer for a new villain event for the game and the upcoming Black Panther: War for Wakanda expansion both of which are set to release this summer. While exciting, especially for those looking forward to War for Wakanda. Square Enix could’ve gone out of their way to show some Black Panther gameplay so players can get a taste of what his gameplay mechanics will feel like once they’re playing the game.

In a time where diversity, accessibility, inclusion, and representation is such a hot topic and seeing countless people fight the good fight to open the doors to those who are not able to get into a field they want to get into due to their ethnicity, race, gender, ability or disability. Take-Two Interactive and Verizon touched on these very important topics, especially when it comes to the world of gaming and esports. To me personally, this was the highlight of E3 Day 3.

It’s such an important thing to discuss especially when it comes to women in the video game industry and those who are disabled. The lack of inclusivity, diversity, and accessibility and starting that course to change that is something needs to be heavily focused on. Not just behind the scenes but also in the frontlines.

Another huge highlight for Day 3 of E3 2021 was Capcom and Monster Hunter Stories 2: Wings of Ruin. While I’m personally new to Monster Hunter, meaning I have never actually played any of the previous games. I am heavily interested in this specific title. And while we didn’t get any gameplay for the title until Nintendo’s Treehouse Live came around the following day (which made me that much more excited for the game itself), Capcom managed to keep a sense of hype for their titles and esports leagues.

Nintendo Direct and Nintendo Treehouse took the world by storm with new video game announcements and reveals. Unfortunately, we did not get any additional information or gameplay for Pokemon Brilliant Diamond and Pokemon Shining Pearl, but we did get The Legend of Zelda: Breath of the Wild 2 as well as new expansion content for Hyrule Warriors, and an all-new Metroid title. If you were looking for hype, Nintendo definitely brought it. Even Jin Kazuya brought the hype as he was announced to be the newest Super Smash Bros. Ultimate DLC character.

Day 4 of E3 2021 also sheds more light on indie developers and their upcoming titles. Demos for the majority of those titles can be found on Steam as of right now, as well as the E3 2021 Awards Show which crowned Forza Horizon 5 as its Most Anticipated Game of E3 2021.

Despite being an all-virtual event, I would say, yes. We got a lot of hype and have a lot of new gaming content to look forward to in the coming year and heading into 2022 so I think that alone makes it a successful E3. Each year E3 generates a mixed bag of reactions and I can agree that some conferences were more exciting than others but that’s bound to happen either way no matter how E3 is presented. That’s all in the studios’ hands at the end of the day.

What did you think of E3 2021? Which game are you most excited for? Let us know!