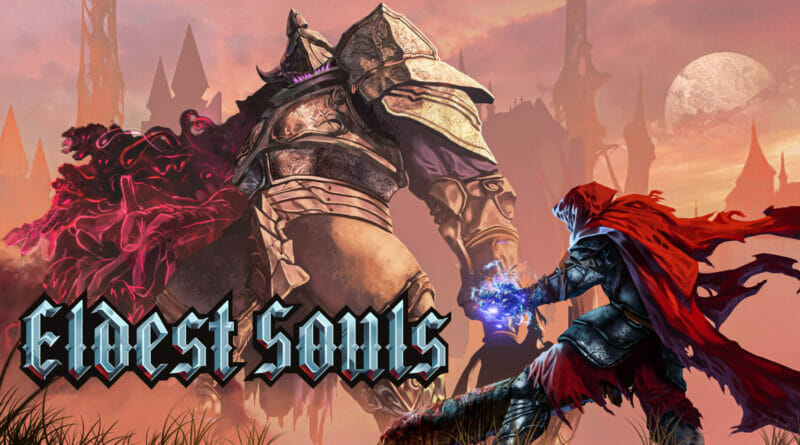 Eldest Souls, the upcoming soulslike boss-rush game from indie publisher, United Label, just dropped an epic new animated trailer, depicting a taste of the brutal combat that awaits. Appropriately titled, ‘At the Door of Death’, this latest cinematic offers a glimpse into the vast, foreboding Citadel, inhabited by the calamitous Old Gods. Eldest Souls is coming to PS5, PS4, Xbox Series X|S, Xbox One, Nintendo Switch, and PC on July 29, 2021.

Created by the indie development team, Fallen Flag Studios, Eldest Souls is a ferociously challenging, pixel-art boss-rush game with a focus on fast-paced melee combat. Players must explore the consecrated Citadel, dripping in gorgeous 16-bit attention-to-detail, in search of the Old Gods – and engage in savage, soulslike-inspired combat, where every moment counts.

Focusing on only the toughest and most engaging of combat encounters – the Bosses! – each Old God presents a new and unique challenge for the player to overcome. Victors may claim the God’s celestial powers to unlock a vast array of unique Talents and Abilities, ready to customize their own personalized combat style from a multitude of combinations.

Deep within the world’s labyrinthine passages, players will also encounter intriguing NPCs, compelling questlines, and a series of ominous mysteries, as they slowly uncover the truth behind the Old Gods and their agelong imprisonment…

●        A cast of intriguing NPCs and challenging questlines

Eldest Souls is coming to PS5, PS4, Xbox Series X|S, Xbox One, Nintendo Switch, and PC on July 29, 2021, and can be added to Steam Wishlists and GOG Wishlists now.