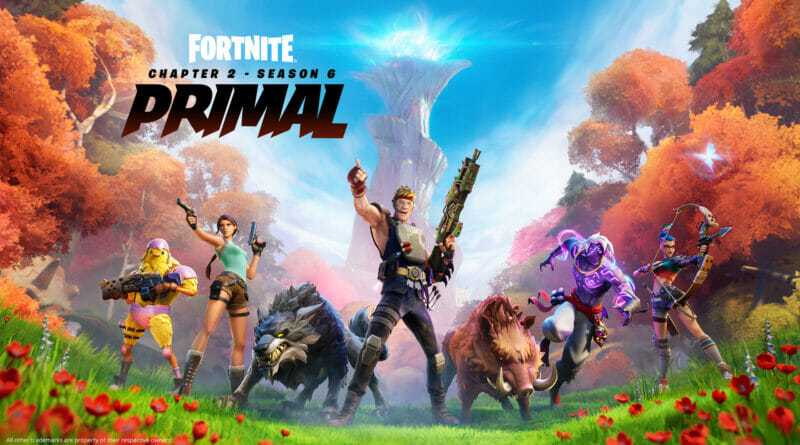 Fortnite Chapter 2 has been nothing but epic throughout its first five seasons. While Fortnite Chapter 2 Season 5 was met with mixed emotions from players, this past season was nothing short of exciting. The previous battle pass which was themed after hunters introduced The Mandalorian himself as the main character of the season while also bringing in other heavy hitters from various areas of pop culture and video game franchises like Ellen Ripley, Alien, Master Chief, The Flash, Ryu, and Chun-Li just to name a few.

As the Zero Point storyline nears its epic conclusion and with a new season at the ready, Epic Games has introduced some major changes to the Fortnite island and the game’s story. All while introducing animals, crafting and so much more. Want to know what those changes are? Keep on reading and get a detailed rundown on what you can expect to see in this new season of Fortnite.

Chapter 2 Season 6: Primal launches straight into the explosive conclusion of the events of Season 5, in which Agent Jones brought the best hunters from multiple realities to the island to prevent anyone from escaping the Loop

You’ll notice that many of these iconic characters were critical to Agent Jones’ mission shown in the new cinematic for the launch of this new season and tie directly into the ever-evolving story of Fortnite. When players first launch into the new season, they will play through the conclusion of Agent Jones’ mission in the Zero Crisis Finale. The Zero Crisis Finale is a solo experience that players can play through whenever they first login during the Season.

*WARNING: FORTNITE CHAPTER 2 SEASON 6: PRIMAL SPOILERS AHEAD, READ AT YOUR OWN DISCRETION*

Following the epic Zero Crisis Finale event to open Season 6, reality has collapsed in the process of containing the Zero Point, resulting in a Primal biome where modern ways of life are no more. In the middle of the map is the towering stone Spire and a new stucco village that surrounds it, and beyond the village are other primal points of interest like Boney Burbs and Colossal Crops. Players can run wild with the introduction of animals on the island (frogs, chickens, wolves, and wild boar), and can now use interactive items to craft makeshift weapons.

In addition to new unlockable Pickaxes, Back Blings, and more, this Season’s Battle Pass features Outfits based on characters unafraid of the primal:

As with every new season, majority of the Fortnite map changes. Whether it’s due to a massive explosion or a failed attempt to escape the loop (looking at you Midas…..come back though…please), each season brings new POIs and landmarks to be discovered as you play along the new season. As the new season develops, expect more changes, new challenges and new locations to be added to add some more intrigue and interest to the new season.

Fortnite Chapter 2 Season 6 is looking to deliver an epic season with a thrilling, yet exciting storyline with a sick set of skins like Lara Croft, who is modeled after her Playstation 2 counterpart and Teen Titans member/founder Raven, daughter of Trigon. With MLS star Neymar Jr. also joining the ranks this season it’ll be interesting to see who else from DC Comics, Marvel Comics, beloved video game franchises, and real-world sports athletes will make their way into the Fortnite Item Shop.

Fortnite Chapter 2 Season 6: Primal is available now! Where are you landing?