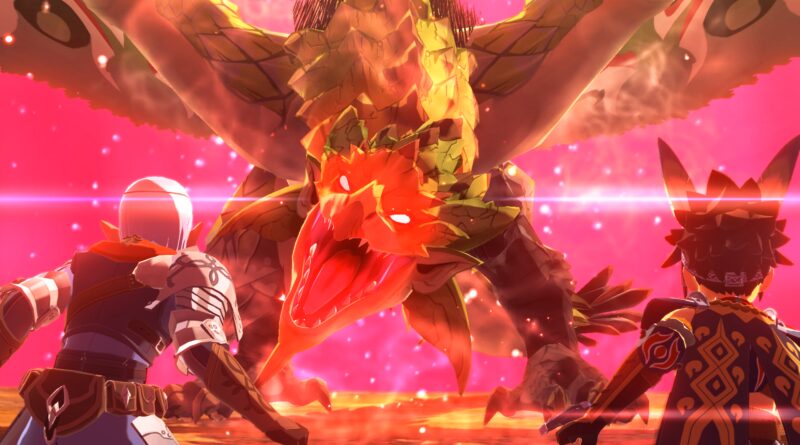 Monster Hunter Stories 2: Everything We Learned From E3 2021

The trial version of Monster Hunter Stories 2 isn’t due out until June 25th. To give fans a peek at the upcoming demo of the game, Nintendo presented 45 minutes worth of gameplay during their live Nintendo Treehouse presentation. Giving us a lengthy look at the demo, the areas we can explore, the monsters we can fight, and a deep dive into the game’s elaborate and strategic turn-based battle mechanics.

Monster Hunter Stories 2 demo will be bulky. Providing players with over 10 hours of gameplay. As shown during the Nintendo Treehouse presentation, 11+ hours were clocked in at the commencement of that live demo meaning players will be able to explore every little nook and cranny from the game and the game’s setting, including the Monster Dens you will be exploring as you play through the game. Seeing how much you’re able to explore in just the trial version of the game, makes it extremely evident as to why Capcom opted to allow your save data to be transferable.

During the Nintendo Treehouse presentation, viewers were given a deep look at the vast setting of this game and were encouraged to explore this world in both its afternoon and evening settings. As both settings will be vastly different and the player will encounter different monsties and find different crafting items in both settings. Gathering different items from the world on Monster Hunter, in addition to gathering parts from monsties will help you craft unique items, weapons, and armor.

The game will also feature a quest board in which will allow the player to choose quests and turn in quests. In addition, different NPCs throughout the different areas will also provide players with different quests giving them the chance to earn different rewards and gain various levels of XP. All this will help you in crafting that piece of armor or weapon to your specific liking. Using the monster’s parts in order to craft weapons or items will provide your piece of armor or weapon with that respective monster’s strengths and weaknesses.

A bulk of Nintendo’s Treehouse presentation for Monster Hunter Stories 2 focused on the game’s gameplay and its gameplay mechanics which will feel very familiar to seasoned Monster Hunter players but could seem like a bit of a challenge to newcomers embracing the franchise for the very first time. As a turn-based RPG, Monster Hunter Stories 2 has a heavy emphasis on tactical and strategic gameplay. As players will only be able to control their player and not the entirety of their party if they are playing solo.

The goal is to build perfectly build and compliment your partner’s attack with yours in order to maximize damage output build kinship and end the battle and quickly as possible, while also getting the highest battle rank possible to earn even more XP and even better rewards. Some weapons and monsties in your party will work better against other monsters you face than others, hence the need to explore Monster Dens. In exploring these dens and nests you will encounter different monster types which you can add to your party and also use as a way to level up your party as a whole.

Battles with monsters will be based on a power system. There are power attacks which beat out technical attacks. Technical attacks beat out speed attacks and speed beats out power. Monsters you face will have one of these base powers which will be a benefit or detriment to you the player.

If too much damage is in inflicted on the player, the player will lose one of three hearts. Lose all three hearts and you’ve lost the battle entirely. So building kinship and using items during battle is extremely important in coming out victorious. In addition, players can pick and choose which part of a monster they would like to break off in order to gain the advantage.

During the demo, we say the Monster Rider faces off against a Pukei-Pukei, a poisonous monster who can shoot out the poison from its mouth and its tail. Once the tail became an extreme obstacle, the focus of the battle was shifted to breaking off the tail in order to prevent poison damage. Once again, emphasis on tactical and strategic gameplay. If this seems like a lot, especially for those who are playing Monster Hunter Stories for the first time, do not fret. Nintendo has confirmed an in-game tutorial that will teach you the player in-depth how the gameplay mechanics work.

As previously mentioned, Monster Dens and monster battles will leave great reward items for players to use during battle and to use in order to craft gear and weapons. Holding onto certain items cause be beneficial in the long run especially if there’s a specific piece of armor or weaponry that you might be interested in. Players have the choice to be as stylish as they would like to be as well.

Defeating a monster in a Monster Den will allow players to collect monster eggs. Earning a higher rank in battle will also reward the player with better items. Ranks seen during the demo were Rank A and Rank S, with Rank S providing more XP, greater and better amount of rewards when compared to Rank A.

(Cool tip: hatch your eggs prior to turning in your quests so new hatches get some serious XP bonus)

Are you excited for Monster Hunter Stories 2? Let us know!