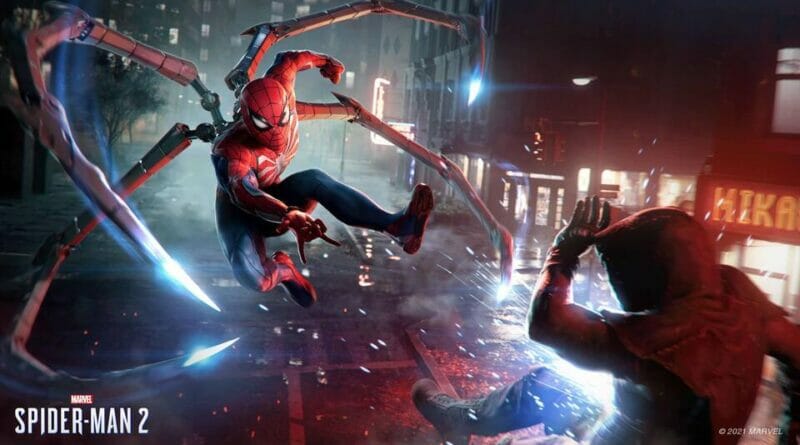 The Playstation Showcase of September 2021 did not disappoint. The presentation was full of exciting and heavily anticipated titles that most have been looking forward to for a long time now. There were also a few surprises thrown in!

Here are the titles revealed during the Playstation Showcase:

This was the first game that was featured during the presentation. The game Star Wars: Knights of the Old Republic came out in 2003 and is getting a major remake for the Playstation 5. The short clip did not show any gameplay or in between scenes, but the title alone drew excitement from fans! Star Wars: Knights of the Old Republic will be a timed PlayStation 5 exclusive at launch.

Playstation surprised viewers with a teaser of Wolverine from Insomniac Games. The development studio has quite a bit on its plate with Spiderman 2. I know this will be another incredible release though from Marvel. Not much information has been revealed about the upcoming game post-announcement but based on the trailer it seems like it might be taking inspiration from the Old Man Logan storyline.

Speaking of Spider-Man 2, the sequel game to Insomniac Games’ hit “Spider-Man PS4” game is set to release in 2023. The highly anticipated sequel is looking epic, and it seems to have teased the possibility of a co-op mode. A lot of fans enjoyed Miles Morales last year and the game was a huge success. Co-op play or being able to play with either Spider-Man is surely going to appease fans even more. The trailer also teases Kraven the Hunter and but ultimately reveals Venom as one of the game’s villains with Tony Todd serving as the villain’s voice.

Marvel’s Guardians of the Galaxy (Square Enix and Eidos Montreal):

The highly anticipated God of War sequel, God of War: Ragnarok revealed an epic cinematic trailer. The trailer highlights the tension between Kratos and his son Atreus. While teasing more of the Norse mythology the game is adapting, including a tease of Thor who was later fully revealed via images on social media (see Instagram post here). God of War: Ragnarok picks up from the end of the 2018 God of War. This one is sure to be a can’t miss!

The expanded version of GTA 5 for Playstation 5 and Xbox Series X is pushed back until March 2022. Rockstar Games was hoping to push it out in November. Grand Theft Auto Online the stand-alone version will be available for free for PS5, the first three months after its launch.

The highly anticipated Borderlands spin-ff Tiny Tina’s Wonderlands from Gearbox Entertainment finally gave fans a gameplay trailer. The trailer hints at lots of metal and magic, as well as lots of guns. The release date is March 25th, 2022! Catch another glimpse viewing the trailer of all the action-packed excitement.

Square Enix and Luminous Productions revealed a new trailer for Forspoken. The protagonist is Frey, who has persevered despite her rough New York City upbringing. The game is packed with lots of fast-paced combat and spells! Frey is guided by Cuff, a magical bracelet that helps her navigate the landscapes of Athia. The trailer was quite interesting to watch and was among the titles that left the viewers the most excited. The game is set to release in the Spring of 2022.

For this one, I will let the trailer speak for itself. The game looks epic as hell! From Magic to Ghosts, fire, fight scenes…and Tokyo. Ghostwire Tokyo from Tango Gameworks is set to release in the spring for Playstation 5.

Uncharted titles, A Thief’s End and Lost Legacy are being remastered. They will be available for Playstation 5 and PC. The game is expected to come out early next year.

Playstation’s premiere racing series is back in a slick fashion. The trailer featured some sick-looking race cars and different kinds of tracks. A lot of Playstation fans grew up with this game, so of course, it touches the heart a bit. Gran Turismo 7 comes out March 4th, 2022.

Project Eve by Shift Up:

South Korean game developer Shift Up is working on Project Eve. The game is looking stylish with Eve battling her way through the world that is being destroyed around her. It was announced in 2019 that the game would be in development. What a treat to witness at the event! There has been no official release date for the game, but stay tuned!

Team Rainbow invites you to save the world from the threat of aliens. A lethal mutating threat too! The parasite has taken over four regions: New York, San Francisco, Alaska, and New Mexico. Your task is to gather intelligence and push back the Archaean threat while keeping your team safe. The game is coming out in January 2022 for Playstation 5 and Playstation 4!

Kid A Mnesia Exhibition Presented by Radiohead and Epic Games:

An upside-down digital/analog universe created from original artwork and recordings to commemorate 21 years of Radiohead’s Kid A and Amnesiac. Coming in November 2021.

A Tropical Open-World adventure. Climb, glide, swim, and sail your boat around a beautiful archipelago in this physics-driven sandbox. Use Tchia’s Soul Jumping ability to take control of any animal or object you can find, and Jam on your fully playable Ukulele. A game inspired by New Caledonia.

Join the Bloodhunt and become the ultimate vampire! Bloodhunt is a free battle royale game set in the Vampire: The Masquerade universe. A treacherous betrayal has stirred a war amongst the vampires, who are also being targeted for annihilation by a secret society known as the Entity. Use your supernatural powers, weapons, and wits in this thrilling battle royale game to dominate the night and restore the Masquerade. © Sharkmob 2021. All Rights Reserved. Vampire: The Masquerade® © Paradox Interactive AB.

The award-winning cinematic action thriller Alan Wake, remastered for a new generation. Play as troubled author Alan Wake, who goes on a desperate search for his missing photographer wife, Alice. The sleepy Pacific Northwestern town of Bright Falls isn’t what it seems. A malevolent presence lurks in the dark, and a horror story Alan doesn’t remember writing is coming true. Experience improved visuals, enhanced character models & richer environmental details in a remaster of Remedy Entertainment’s classic game. Alan Wake Remastered includes the main game and its two-story expansions – The Signal and The Writer – with the complete experience rendered in all-new 4K visuals.