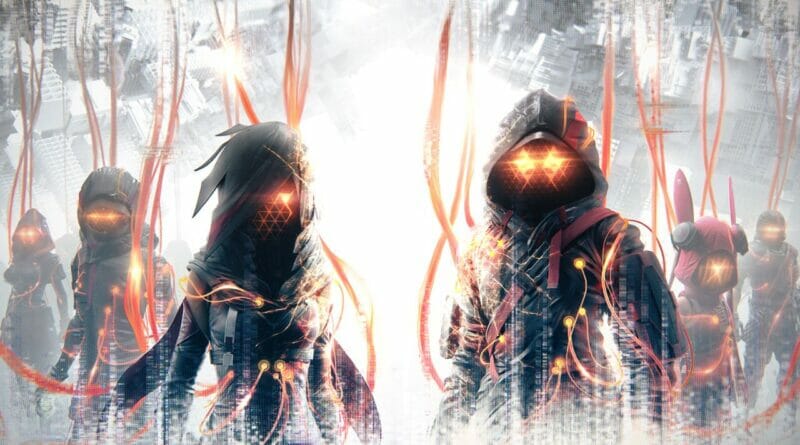 Scarlet Nexus: Everything You Need To Know Before Playing the Game and Watching the Anime


Scarlet Nexus launch day is nearly upon us, here’s everything you need to know before playing the game later this week

Bandai Namco’s Scarlet Nexus video game is getting set to launch in just a few days. Ahead of the video game’s release we wanted to give those who were even slightly interested in the game a rundown of what to expect from the game and how to the game will tie into the upcoming anime series which premiered its first episode early this past week.

What is Scarlet Nexus?

Scarlet Nexus is an Action-RPG in which players will assume control of one of two playable characters, Yuito Sumerago or Kasane Randall. Yuito and Kasane are members of the Other Suppression Force or the OSF; a group of Scarlet Guardians who are tasked with defending New Himuka from mutated creatures known as The Others who have a thirst for human brains. Yuito and Kasane, along with the rest of the OSF, equipped with acute extra-sensory abilities which are paired with their short-ranged weapons, and the use of psychokinesis allows them to hurl objects and debris at the enemies they encounter.

Scarlet Nexus replayability is available at the ready. Giving the players two characters to choose from provides the player with two completely different gameplay experiences. Yuito and Kasane will have their own unique stories and while they coexist in the same universe you will experience the game from their respective perspectives which also changes how you approach and play the game. In order to experience Scarlet Nexus’ story in full, you will have to complete Yuito and Kasane’s respective stories.

Yuito Sumeragi: A bright and positive-minded young recruit with a kind heart. He is the second son of the prestigious Sumeragi family, his ancestor was the founding father of New Himuka. When Yuito was little, he got almost killed by an Other, but a member of the OSF rescued him. Later, he enlisted himself in the OSF and endured intensive training, to one day be able to help the citizens of his city.

An elite soldier with superb fighting skills and power, she was scouted by the OSF and has graduated at the top of her class. Cool and confident, she is usually indifferent to people around her. She reveals her real kind self only to the ones she trusts. She lost her parents in an Other attack as a child and was adopted by the Randal’s, a family running a huge military corporation.

This lovely soldier, the face of the OSF, whose passion and sunny personality have earned her fans of all ages is just a persona Arashi uses when onscreen. When there are no cameras around, she loosens up and slacks off her work, often referred to as “Lazy Ara” by her teammates. If she feels like it, her calm and brilliant mind makes her extremely dependable in any situation.

A quiet and calm OSF veteran with a great knowledge of combat. As psionic powers weaken with age, the growth of OSF members is suppressed to maintain their brain young and powerful. Gemma’s growth having restarted shows that he is nearing the end of his OSF career, and he started thinking about retirement.

Kyoka is widely known as the OSF Major, the perfect fusion of brain and beauty. She is very good at looking after her units and is frequently overseeing platoons as a result. She treats her team as family; a usually kind and loving person who transforms when danger comes knocking.

Shiden’s transfer to this new platoon, where he teamed up with Kasane, was caused by his sharp tongue and attitude. It made his relationship with his old commander complicated. His sense of pride and his very strict nature can make him a troublesome teammate to have, that is until you have proven your strength to him.

Whether you are playing as Yuito or Kasane, players will be able to lift, break, and throw pieces of debris and parts of the game’s environment in order to attack enemies. These kinetic psychic attacks can be combined with mid-range weapon attacks and can also be paired with your squad’s psychic abilities via the Brain Link allowing you to mount immense combo attacks varying different elements like water, electricity, speed, and invisibility. Powers and abilities can be enhanced throughout the game’s skill tree which is referred to as the Brain Map.

Scarlet Nexus will release on Xbox One, Xbox Series X|S, Playstation 4, Playstation 5, and PC. The game will feature pre-order bonuses for those who pre-ordered the game. A deluxe edition version of the game will also be available at launch.

The Deluxe Edition includes the full game and the following content:

Scarlet Nexus’ upcoming anime adaptation which will be adapting the events of the game was announced earlier this year by Funimation who has licensed the IP outside of Asia. The anime series will be produced by Sunrise Inc, with Hiroyuki Nishimura directing the series and Yōichi Katō, Toshizo Nemoto, and Akiko Inoue are writing the series’ scripts. Nishimura and Yuji Ito will be designing the characters, and Hironori Anazawa composing the series’ music. While the series is set to premiere on July 1st, Funimation streamed the first episode of the series earlier this week as part of its Summer Anime Preview. You can check out the anime trailer above and the entire first episode below!