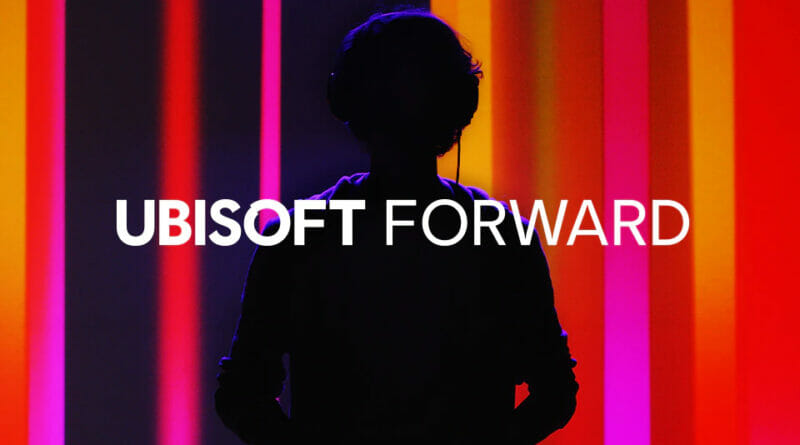 E3 2021 Day 1: Ubisoft Forward Recap – Every Trailer, Gameplay Reveal & Everything In Between


Ubisoft Forward came out of the gates swinging! Here’s every announcement and reveal made during today’s keynote!

E3 2021 is one of, if not, the most anticipated video game showcases of all time. Giving us another all virtual event although more immersive than the last. Ubisoft kicked things off with their Ubisoft Forward keynote revealing new details for Rainbow Six Extraction including a new look at a cinematic trailer and official gameplay. We also got a deeper look at Far Cry 6 with a new cinematic trailer and new details for the upcoming game’s season pass. Let’s get into everything announced by Ubisoft.

Once lush and fertile, the remaining lands of Heathmoor disintegrated into deserts at the end of a great drought. An ancient temple in a tiny oasis is all that’s left. There’s no water. No supplies. No munitions. And yet the factions continue to battle for something...

Year 5, Season 2 of For Honor kicks off July 22nd. For Honor is available now for the PC, Xbox One, Xbox Series X|S, Playstation 4 and Playstation 5.

Trackmania is the biggest and most compelling remake of the legendary racing game, TrackMania® Nations. Trackmania combines easy-to-learn yet hard-to-master gameplay with a large variety of tracks, regular seasons, live events, and customization options. Team up with friends and race your way to glory in Trackmania’s new game modes, available now for free!

The Crew 2 is getting new content for its 4th year! Starting with MOTORFLIX third season this summer: You have your spot on the starting grid of the U.S. Speed Tour, the fastest rally around the East Coast. The Crew 2 Year 4 kicks off July 7th.

The next installment of the Rainbow Six franchise was officially revealed earlier this week. However, all we got at the time was the official title of the new game. Today, Ubisoft revealed the first cinematic trailer for the game followed by a deep dive gameplay trailer featuring the developers of the game. Check out both videos below.

Developed by Ubisoft Montreal, Tom Clancy’s Rainbow Six Extraction is a one to three-player cooperative tactical first-person shooter. Assemble an elite team of Rainbow Six operators to launch incursions into tense, chaotic, and unpredictable containment zones and discover the mysteries behind the lethal and constantly evolving Archæans alien threat. Knowledge, cooperation, and a tactical approach are the player’s best weapons. Band together and put everything on the line to take on deadly enemies and contain the parasite.

Rocksmith+ is the future of interactive music learning; a new subscription service which teaches users how to play guitar and bass through their favorite songs. It builds upon the award-winning Rocksmith method and innovative practice tools developed by Ubisoft San Francisco. With improved state-of-the-art note detection, real-time feedback, practice tools designed to give guitar players control, all-new personalized recommendations, and the only ever-growing library with master recordings, Rocksmith+ is the premiere music-learning software.

Rocksmith+ launches this Summer on PC and on console and mobile devices later this Fall.

Riders Republic invites players to jump into an exhilarating social playground where they can experience the thrill of outdoor sports in an open and densely populated world. Players will roam freely with their friends in a huge and vibrant open world where they can compete and nail crazy moves through an exciting range of sports such as biking, skiing, snowboarding, wingsuiting, and rocket wingsuiting. Whether players want to catch some major air with friends or ride solo to dominate the mountains and canyons, there are plenty of exhilarating moments and activities to be discovered.

Riders Republic will allow players to ride through some of the most breathtaking landscapes the United States has to offer. Some of the most iconic American national parks such as Bryce Canyon, Yosemite Valley, Sequoia, Zion, Canyonlands, Mammoth Mountain, and Grand Teton have been faithfully recreated and imaginatively mashed together to form the ultimate outdoor sports park.

Love, wisdom, bravery… Endowed with the legacy of her ancestors, Thunderbird is ready to ignite the sky of Siege! Thunderbird arrives in Rainbow Six Siege next week! In addition, Ubisoft revealed that crossplay is coming to Rainbow Six Siege starting June 30th on PC and Google Stadia and console in early 2022.

Let Antón Castillo teach you a dictatorship lesson… With his 13-year-old son Diego following in his father’s bloody footsteps, Antón has the future of Yara clenched tightly in his hands.

Embrace the Far Cry legacy and play as the villains with the FAR CRY® 6 Season Pass. For the first time in Far Cry history, you are the villain. Get up close and personal as you take control of the legends themselves: Vaas Montenegro, Pagan Min and Joseph Seed – all played by the original cast. Delve into these iconic villain’s twisted minds, uncover their backstories, battle their inner demons, and reunite with familiar faces. All of this in a new Far Cry gameplay experience in which you will have to die… and retry. Can you escape the mind of a villain?

Developed by Ubisoft Toronto, Far Cry® 6 immerses players into the adrenaline-filled world of a modern-day guerrilla revolution set in Yara, a tropical paradise frozen in time in the heart of the Caribbean. Playing as local Yaran Dani Rojas, players will explore an entire island nation and join the revolution to liberate its people from the oppressive rule of dictator Antón Castillo and his teenage son Diego – brought to life by Hollywood stars Giancarlo Esposito (The Mandalorian, Breaking Bad) and Anthony Gonzalez (Coco).

Far Cry® 6 is playable solo or in two-player co-op and will release on October 7 worldwide on Xbox Series X, PlayStation®5, Xbox One, PlayStation®4, Stadia, Amazon Luna, and for Windows PC exclusively on both the Epic Games Store and the Ubisoft Store.

Cursa, a mysterious and malevolent entity seeks out energy to further its nefarious plans, plunging the galaxy into chaos. Twisting the planets with its evil influence, it’s determined to consume all the energy of the Sparks, uncanny creatures formed by the fusion of Lumas & Rabbids, and destroy all who stand in its way. To bring order back to the galaxy and save the Sparks, Mario and friends team up with Rabbids heroes in a journey through mysterious and ever-surprising planets. Mario + Rabbids® Sparks of Hope will be available for Nintendo Switch in 2022.

Avatar: Frontiers of Pandora™ is a first person, action-adventure game developed by Massive Entertainment – a Ubisoft studio, in collaboration with Lightstorm Entertainment and Disney.

Built using the latest iteration of the Snowdrop engine, and developed exclusively for the new generation of consoles and PC, Avatar: Frontiers of Pandora brings to life the alluring world of Pandora with all of its beauty and danger in an immersive, open world experience.

In this new, standalone story, play as a Na’vi and embark on a journey across the Western Frontier, a never-before-seen part of Pandora. Explore a living and reactive world inhabited by unique creatures and new characters, and push back the formidable RDA forces that threaten it.

Subscribe to Ubisoft+ to play ALL the Far Cry games, and get access to Far Cry 6, Rainbow Six Extraction, and Riders Republic on the day they launch!

With the quarantine finally over, the new season of Mythic Quest finds everyone back in the office (well, almost everyone), attempting to build upon the success of Raven’s Banquet by launching an epic new expansion, but Ian (Rob McElhenney) and the newly promoted co-creative director, Poppy (Charlotte Nicdao), struggle with the game’s direction. Meanwhile, C.W. (F. Murray Abraham) reconciles some unresolved issues from his past, the testers (Ashly Burch and Imani Hakim) test the bounds of an office romance, and David (David Hornsby) loses yet another woman in his life as Jo (Jessie Ennis) leaves him to assist Brad (Danny Pudi).

Mythic Quest Seasons 1 and 2 are streaming now on AppleTV+. Make sure to get caught up on the series before its season finale on June 25th.

Werewolves Within is a feature film based on the Ubisoft VR title of the same name. Directed by Josh Ruben (“Scare Me”), and written by screenwriter, bestselling author, and Ubisoft Women’s Film Fellowship Recipent Mishna Wolff (“I’m Down”), “Werewolves Within” is set in the small town of Beaverfield. When a killer terrorizes the snowed-in residents of the small town, it falls to the new forest ranger to find out who – or what – lurks among them in this hilarious horror whodunnit The ensemble cast includes Sam Richardson, Milana Vayntrub, George Basil, Sarah Burns, Michael Chernus, Catherine Curtin, Wayne Duvall,, Harvey Guillén, Rebecca Henderson, Cheyenne Jackson, Michaela Watkins, and Glenn Fleshler.

Werewolves Within releases in theaters sometimes this month and on PVOD in July. Release dates will vary by territory.

Ubisoft Forward held nothing back when getting gamers excited for their upcoming titles and titles currently available on all major gaming platforms. Despite the delay of Far Cry 6, the announcement that fans will play as Vaas, Pagan Min, and Joseph Seed in Far Cry 6 was probably one of the biggest highlights of the entire presentation.