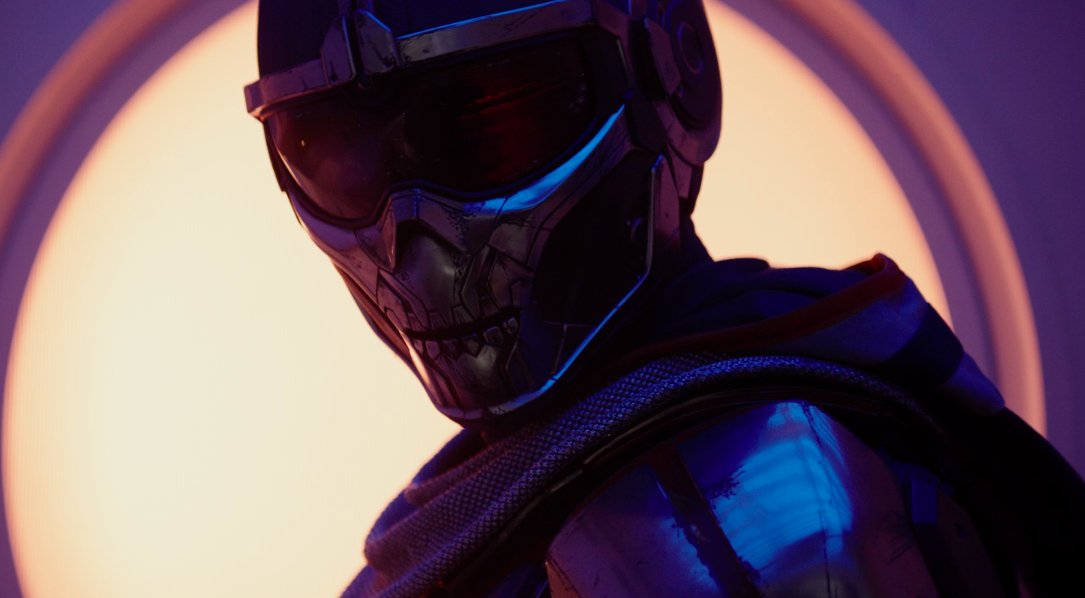 
The final trailer for Black Widow has arrived and while it arrives a few minutes earlier than expected there’s a lot to unpack in this final trailer.

Check out the trailer below if you haven’t already:

The trailer starts with a voice-over of Yelena Belova (Florence Pugh) telling Natasha (Scarlett Johansson) what she tells people about her sister. She tells people who ask about Natasha that she’s moved out West (North America) with her husband and that she is a science teacher, while her husband works as a contractor renovating houses. All while Black Widow is infiltrating a base in her sleek new White Widow stealth costume.

There’s an interesting scene where Black Widow ends up surrounded by police. Most likely agents of Thunderbolt Ross who is hunting Black Widow down. Now, if you’ve read the Black Widow prequel comics, they reveal and confirm that this film takes place after the events of Captain America: Civil War. It also reveals that Thunderbolt Ross wants her in his custody for breaking the accords. Hence why Ross is even in this film, to begin with.

Natasha reveals that prior to her becoming a member of The Avengers, she has made mistakes and a lot of enemies. One of them being Taskmaster who is dubbed Taskmaster for the first time in a Black Widow trailer. Taskmaster immediately shows off his Captain America shield throwing skills and deflecting skills. One of the most eye-popping moments of the trailer is when we see Taskmaster watching old S.H.I.E.L.D. footage of Black Widow from Iron Man 2, where Natasha Romanoff was first introduced in the MCU.

This specific scene essentially confirms a lot of the fan speculation that Taskmaster has studied old S.H.I.E.L.D. footage of each respective Avenger, thus learning all of their fighting styles. This is also proven when we get a new perspective on the Taskmaster vs Red Guardian fight scene. Where Taskmaster throws up the Wakanda Forever hand gesture, followed by a release of his very own vibranium (presumably) claws, just like Black Panther.

Taskmaster follows that up with Black Widow’s signature kick-off backflip, which he does with probably more grace and precision than Black Widow herself. For those wondering how Taskmaster can copy the moves of his opponents, well that’s one of his main abilities. All he really needs to do to learn his enemy’s moves and/or fighting style is by either having a physical encounter or studying them via film or from a distance. Which is displayed in today’s final trailer.

The trailer, for now, has confirmed that Meline Vostokovna is not playing Taskmaster but seeing how Taskmaster’s facemask was changed to more of a metal faceplate/helmet opposed to his typical comic book look which is a literal skull; I can see where fans were trying to make the connection.

Interestingly enough though, Yelena Belova (Florence Pugh) reveals an interesting piece of information regarding Taskmaster. He controls the Red Room. Those who need a refresher of the Red Room which has been teased in the MCU since Avengers: Age of Ultron. Its the birthplace of all Black Widows, including Yelena Belova, Natasha Romanoff, and Melina Vostokovna. As seen in all of the trailers for Black Widow, there will be an army of Widows for our main Black Widows to go up against.

I make this point because Taskmaster’s identity hasn’t been revealed nor who is the actor portraying him. Although early reports leading up to the filming of Black Widow stated that O.T. Fagbenle would be the character. If Taskmaster is indeed in control of the Red Room, which is creating this army of Widows, there’s a much deeper connection between Natasha and Taskmaster.

Quick side note, during the writing of this article actor O.T Fagbenle, has teased in a now-deleted Instagram post, his role as Taskmaster in the Black Widow film.

The trailer tries to imply that Yelena Belova is in some way tied to that connection. This could be some form of deviation from Marvel Studios to keep fans guessing until they watch the film in May.

Overall the film looks great and action-packed! Despite Natasha Romanoff’s death in Avengers: Endgame I personally feel that this film will be integral to the MCU overall. Not only be giving us, the fans what we’ve wanted to see in a Black Widow film since her introduction in Iron Man 2 but using Black Widow again to set up future events just like her death did in Avengers: Endgame.

Marvel Studios also released a final poster for the film which you can check out below: