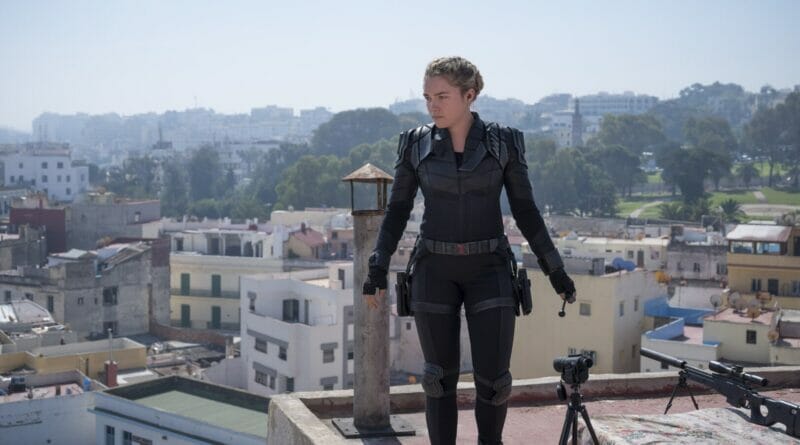 Black Widow Post-Credit Scene Explained – Why Is [SPOILER] Being Targeted By Yelena Belova?


WARNING: HEAVY SPOILERS AHEAD FOR THE POST-CREDIT SCENE OF BLACK WIDOW

Black Widow has finally been released and the highly anticipated prequel film has left MCU fans rather mixed. Whether it was the film as a whole or THAT Taskmaster reveal. Needless to say, that the film is building up quite the buzz for all the right and wrong reasons. Setting all that aside we want to focus specifically on that post-credit stinger as it directly ties into an upcoming Disney Plus series in which Florence Pugh’s Yelena Belova is set to appear in. Another courteous spoiler warning before we jump into that post-credit scene.

Why is Clint Barton/Hawkeye Being Targeted By Yelena Belova?

With Black Widow being set directly after the events of Captain America: Civil War and before the events of Avengers: Infinity War. The film lends itself mostly to give more insight into the origin of the Red Room, all whilst introducing us to Taskmaster, the Red Guardian, Yelena Belova, and Melina Vostokoff. In Avengers: Endgame, Natasha made the ultimate sacrifice by sacrificing her soul for the Soul Stone to help The Avengers get the upper hand on Thanos.

As the post-credit scene beings to play we see Yelena Belova arriving at a small graveyard, visiting the grave of her now-dead sister Natasha. Yelena briefly mourns and lets out a heartfelt whistle which is something she and Natasha used as a call to one another. Yelena is then greeted by Valentina Allegra de Fontaine, whom we met back in The Falcon and The Winter Soldier as she recruited John Walker aka The U.S. Agent into what we are all presuming to be The Thunderbolts.

Yelena is also working for Valentina. During their brief exchange, Yelena asks for a raise and while Valentina responds by saying she wants one too, she tells Yelena Belova that is there to provide her with her next target. The man responsible for the death of Natasha Romanoff, Clint Barton aka Hawkeye.

Valentina is using Yelena’s grief as a tool for manipulation since she shows Yelena a picture of Clint barton as Ronin from when he is in Japan killing off members of the Yakuza immediately after Natasha greets in the rain. Valentina may manipulate Yelena into thinking that Clint killed Natasha in midst of his blind rage after his family got snapped away and coping by randomly killing off said members of the Yakuza.

How does Yelena Belova Tie Into Hawkeye?

Florence Pugh has been rumored to reprise her role as Yelena Belova in the upcoming Hawkeye series and while the series will include the likes of Echo and The Tracksuit Mafia, we don’t quite know who the real villain or main antagonist of the series will be. One question that comes to mind is, will Yelena successfully kill Clint Barton and that becomes the precursor for Kate Bishop to take up the mantle of Hawkeye?

Will she face-off against Kate Bishop? Will she face off against Maya Lopez aka Echo? Is Valentina secretly putting together The Thunderbolts on the behalf of Thunderbolt Ross or will Marvel flip the script and make her the creator and lead operator of The Thunderbolts? Does Yelena join The Thunderbolts team? There’s a lot of questions for which we don’t have the answers for but one thing’s for sure. Black Widow has found a way to connect and confirm Yelena Belova’s appearance in the Hawkeye series.