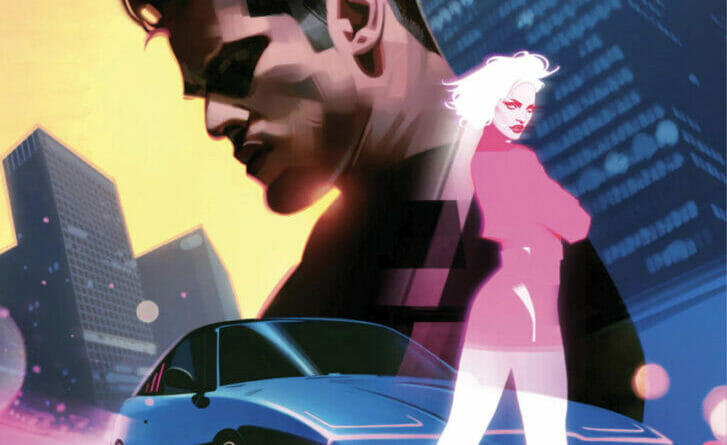 AWA Studios’ Big Screen Debut: Can ‘Chariot’ Be A Success?


AWA Studios’ live-action adaption of ‘Chariot’ is on the horizon, here’s what absolutely needs to happen in order for this film to be a success

‘CHARIOT’ is an AWA/Upshot graphic novel written by Bryan Edward Hill and illustrated by Priscilla Petraites, was released in March 2021. After a competitive auction, which was won by Warner Bros., ‘CHARIOT’ will now be adapted into a live-action film directed by Joseph Kosinski (Top Gun: Maverick) and will become AWA Studios’ first comic to screen adaptation.

Here is a quick overview of the story with minimal spoilers. As per the AWA description, The Chariot was a Cold War-era secret government project to provide its star agent with a weapon unlike any other in the form of a supercharged muscle car. It sank into the ocean decades ago, and the agent along with it. Now, a petty criminal looking to reform his life has stumbled upon the Chariot, and he’s about to find out that the agent’s consciousness is still controlling it in this synthwave thriller.

When I was reading it, I couldn’t help but see the almost direct correlation between it and Knight Rider: a self-aware supercar being driven by a cool dude. With this, combined with Matrix-like technology and Blade Runner style visuals, the filmmakers will need to set themselves apart from the pack. There have been several reboots of Knight Rider with minimal success, and the public may see this as just another one to the pile. In order for this to happen, I have compiled a list of things I would like to see in Chariot, and how they may help the general public turn this into a hit.

When fan-casting, especially in the comic book movie realm, people tend to go on looks. And, I’ll be honest, that’s where I started but chemistry and believability need to be taken into account too. The filmmakers have stated this will be designed around two A-listers so I’ve tried to keep this in mind.

Jim – An ex-crim and down on his luck, Jim is in dire need of a break. In order to find the money for his sick son’s medical treatment, he has always turned to the wrong side. To really sell this character, you need someone who can play a man who is out of his depth but also a conman who turns into an action hero. My first thought on reading was Liam Hemsworth but he doesn’t have the right vibe. I’m putting my money on Michael B. Jordan or Dacre Montgomery.

Gillian – Depending on how they roll with this, Gillian may not be seen too much in the first half of the film. But either way, you need a believable mercenary with killer eyes and attitude. I initially went with Charlize Theron but I think she needs to be younger. Maybe Elizabeth Olsen or Chloë Grace Moretz or Naomi Scott.

Delia – This character has been through some stuff and needs to sell the crazed villain along with being Gillian’s sister. I’m thinking of an action star who can be aged up or down and also can get quite scary: Kate Beckinsale or Lena Headey.

Sadie – While a minor character, you still need someone here who can play a cop with strong emotions and an established relationship with Jim. My first thought was Zoe Kravitz but Keke Palmer or Yara Shahidi could be good too.

The cybernetic or Blade Runner-type visuals are very important to the vibe of the whole comic. Not only do they need strong visuals for driving or location but the montage training sequences set in a Tron-like Hyperbolic Time Chamber will require heavy CGI that is craftily edited to not appear gimmicky. In saying that, they could just do it as if in a Cerebro-type training room that looks real and then peels back to reveal a computer-generated arena.

I think it would be important to utilize practical effects for driving like Baby Driver rather than the later CGI-focused Fast and Furious movies. This will bring a down-to-earth gritty feel to the driving scenes, splashed with some explosions, and immerse the viewer in the action. Ansel Engort learned to drive stunt cars for Baby Driver so there is no reason an actor cannot do it for Chariot.

There are some gruesome fight scenes within the graphic novel, ie an elbow snap or a shoot-out. Well-choreographed action sequences are a must in order to ensure this film is a hit, especially being AWA’s first foray into cinema. Towards the end of the story, we are introduced to almost Voltron-type tech when Delia attacks. This action will also need to be tightly edited and mapped out to seem believable.

As the brain and personality of the Chariot, Gillian both speaks into Jim’s head as well as is physically visible, albeit a hologram. What will be interesting is seeing the filmmakers’ decision on how this is handled. Will they mix it up as in the comic or will she always be visible on screen? I think the latter would be underwhelming and take away some of the mystery / comedic aspects of the story.

I will be following the news surrounding the filming of Chariot and wish AWA Studios the best of luck as a lot of their works have the potential to become feature films or TV series. It was reported that the Warner Brothers bid was for a “pitch package”. Hopefully, that means they will adapt a few more graphic novels in the years to come.

CHARIOT will be adapted by Julian Meiojas (Jack Ryan, The Flash) with Joseph Kosinski (Top Gun: Maverick) directing. 21 Laps’ Shawn Levy and Dan Cohen are producing with Kosinski and with AWA’s Zack Studin executive producing. If you are interested in reading CHARIOT, you can find it here on the AWA website.