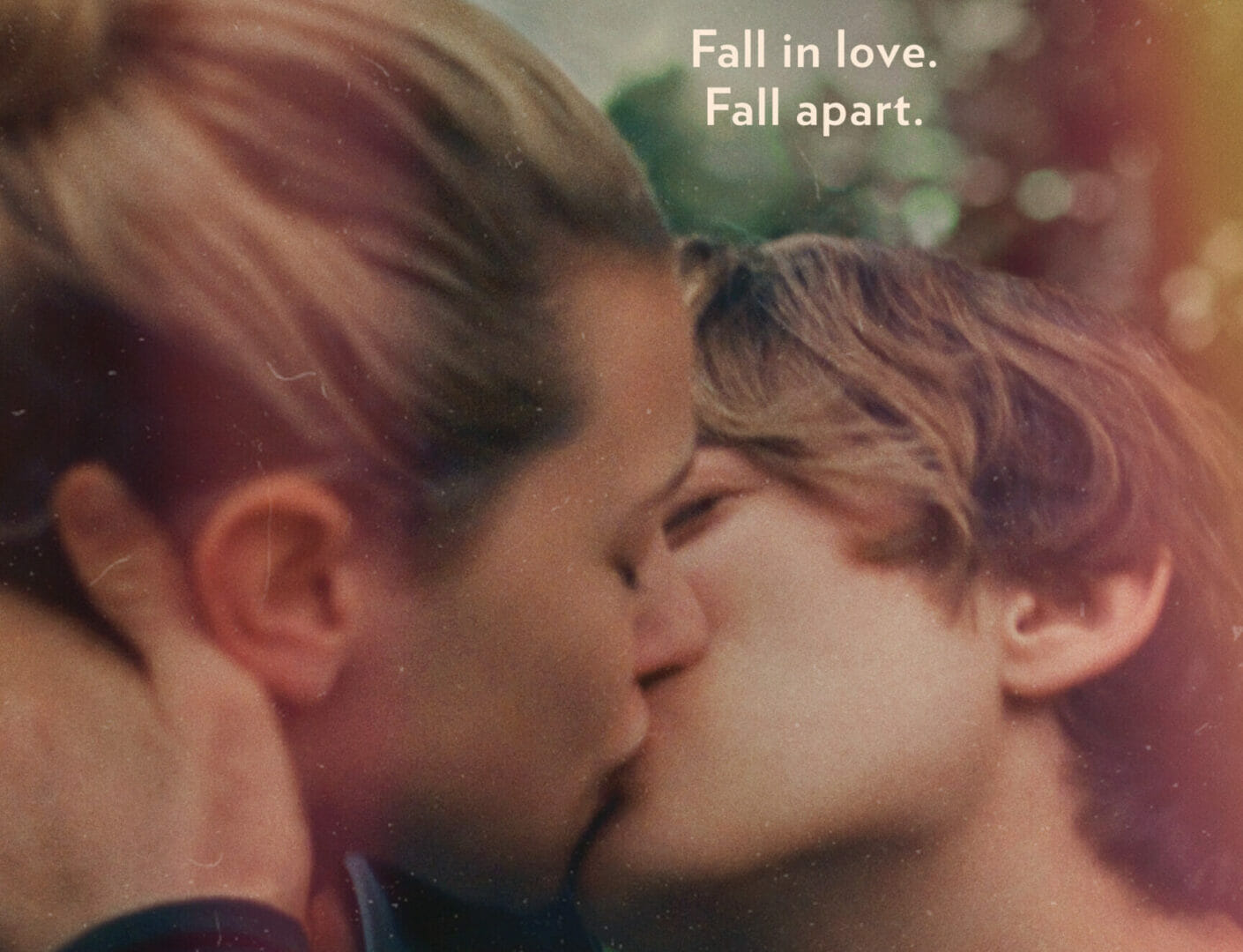 Chemical Hearts: Delivering Flawed Yet Essential Thoughts to Your Brain

The young adult book genre is one that has received quite the amount of movie adaptations in recent years. With some franchises evolving into household names, there has been a cavalcade of YA book-to-film projects that have come out in hopes of becoming the next big thing or at least making an impact on the general consciousness.

This year, Amazon Studios decided to throw their hat into this trend with the August 19 release of Chemical Hearts. Based on the novel Our Chemical Hearts by Krystal Sutherland, the film initially seems to follow the trends of two high schoolers falling in love and learning about life. Once you get past its opening moments though, Chemical Hearts manages to bring a lot more to the table. The film is incredibly heartfelt, but also grounded in reality. Rather than feeling like it is part of an idealized version of the world, the story feels genuine and believable, like it could be based on an actual teenager’s life experience.

That’s not to say the film is flawless; in fact, quite the opposite. The film’s pacing can feel unsatisfying at times, and there are questionable things about the movie, both within it and outside of it. However, if you set those things apart, Chemical Hearts can serve as a breath of fresh air for people wanting more from the young adult movie genre.

The film follows Henry Page (Austin Abrams), a 17-year-old high schooler who, despite believing himself to be a romantic, has never actually been in a relationship. This comes to an end when he starts his senior year of high school when he meets the new transfer student, Grace Town (Lili Reinhart). At first, Grace seems like the antithesis of what Henry’s dream girl — she’s standoffish, comes to school looking grubby, and she uses a cane to get around. When the two are put together as co-editors for the school newspaper, they end up getting closer as they learn more about each other. As Henry and Grace end up falling in love, the question arises: are the two genuinely in love, or are they in love with projections of each other?

A movie with a premise like this is only as good as its main leads since it focuses on the growth of the main characters’ relationship. If the leads do not share any chemistry, then the project is as good as dead. Luckily, Chemical Hearts manages to extract a great dynamic out of the performances of Austin Abrams and Lili Reinhart respectively. Abrams (Paper Towns, Scary Stories to Tell In the Dark) has shown himself to have ranged in his acting with his previous projects, but this is his first starring role in a film of this scope.

Although this was a big risk, it pays off in the end as Abrams, for the most part, portrays Henry as the awkward yet secretly emotional boy that the script describes him as. It doesn’t come off as forced, instead of seeming genuine, as if he was an actual high schooler whose story I happened to be watching. Abrams made Henry a character whose journey I wanted to see unfold, which hopefully spells good things for Abrams’s future acting endeavors.

While Abrams may not have too much star power under his name, his co-star Lili Reinhart certainly has. Establishing herself with her starring role as Betty Cooper in Riverdale, Reinhart has found herself at the forefront of the entertainment world numerous times over. In my opinion, her role in Chemical Hearts is another reason that she deserves the status she has, as she shatters the typecasting that fans have on her with her performance as Grace Town.

Throughout the film, Reinhart shows Grace as a mysterious and deadpan figure, who slowly opens up to both Henry and the audience as time progresses. When things get better or worse for her, she reacts to each scenario in ways that are unexpected but within character. Grace’s emotional journey through the film is filled with complexities, but Lili does a great job of showing that she is capable of depicting such a journey.

The strong performances from the leads are bolstered by a mostly well-done script. The dialogue feels genuine and relatively timeless; there are no forced pop culture references or attempts to seem high-and-mighty with what it has to say. Rather, the characters feel like they capture how awkward, stressful, and at times painful adolescence can be. Having only graduated from high school not too long ago, I could believe that the characters were real people with how they interacted with one another.

This was accompanied by motifs that, while not as cut-and-dry as some might like, are ones that are genuine and realistic. Love and its complexities are the main issue at hand in Chemical Hearts, both the positives and the negatives. Although it may not result in what people want out of the story, it will definitely provide some viewers with what they need to hear, regardless of what age demographic they are in. With a name like Chemical Hearts, one might have expectations as to what the movie will feature; in my personal experience, the film went in a different direction than I expected, but that just allowed me to understand how genuine and admittedly sentimental its name really is.

Chemical Hearts is also bolstered by great visuals. Each shot in the movie is easy to follow, but they also do a great job of highlighting the characters’ emotions without explicitly stating them. There is also a good variety of techniques used in the film, combining camera techniques and color in order to do a great job of using visual storytelling on top of its verbal storytelling. There are even a few shots that I remember long after I watch the movie, and I hope to see the movie praised for its visuals in the future.

Audio-wise, the film sparingly uses music, which in turn allows for the focus to solely be on the characters and the ambiance of the various settings. Whenever it does use music, it uses a small selection of songs, all of which work to add to the mellow vibes that the movie gives off. Each song works to reinforce one of the film’s motifs: life can be tough as a teen, so sometimes you need to look into different things to relax, such as music.

While Chemical Hearts does do a number of things pleasantly, the film falters in a few places. For one, the pacing can feel too fast for some people’s tastes. The first act feels too short, as does the final act. With the former, this can make it hard for viewers to grow connections with the main characters; with the latter, it can take away tension within the film’s narrative at an unnatural pace. I can understand that the movie wants to highlight the growth of Henry and Grace’s relationship, but it does so at the cost of making its pace feel natural at its beginning and end, leaving people wanting more (and not in a good way).

This problem also causes another issue of mine, which is that it can be hard to root for Henry at times. Due to the film going at a relatively fast pace, it can be hard for some to initially form thoughts about the characters. Without going into detail, Henry does questionable actions in the first act, which, while not being necessarily nefarious, might make it hard for viewers to sympathize with his story.

Outside of these gripes, the biggest issue I have with the movie itself lies outside of its content. Namely, I have an issue with Lili Reinhart as Grace Town. I previously mentioned that I enjoyed her performance, and that still rings true. However, this does not do away with the fact that Reinhart is an able-bodied individual playing someone who is disabled. While it may not be entirely malicious, this was a huge missed opportunity to cast an actress who actually uses a cane to play the role.

In today’s world, representation in film and TV is something that has become a large talking point among many circles, with the most well-known types being racial and LGBTQ+ representation. However, disabled representation is another topic that has been in discussion for some time, and Chemical Hearts had the chance to highlight the need for this demographic’s presence to be acknowledged in the world of acting. Needless to say, they did not do this, which is a big disappointment and definitely a talking point that must be brought up when talking about this movie.

Chemical Hearts is a standout among many of the young adult contemporary films out there. With its well-done performances, beautiful visuals, and genuine-feeling script, it definitely feels as though the right elements were brought in to make this formula work. Even though it misses the mark when it comes to pacing and allowing for representation, it is still a movie worth watching, whether you’re in the middle of high school or your high school years are long past you. Though some ingredients were left to be desired, Chemical Hearts manages to rely on the strength of its content to create long-lasting feelings on those that decide to watch it.