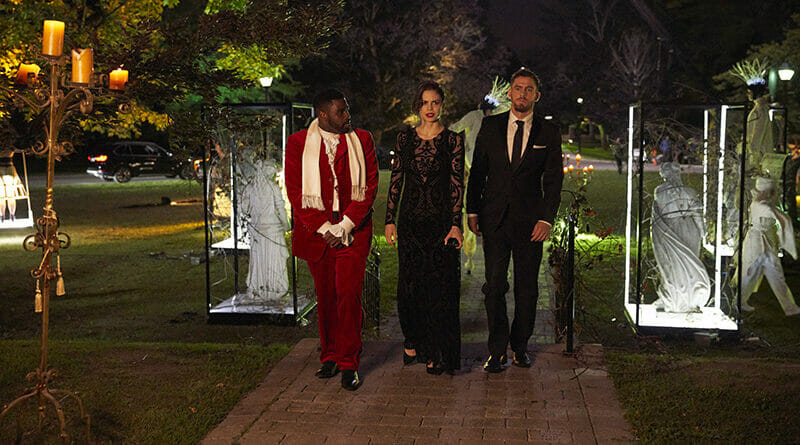 The dark web can be a rather dark place (all puns intended), but when it comes to the real-world puzzle that is Cicada 3301, things get a little darker than the average person might want it to be. Enter Dark Web Cicada 3301, a new film starring Jack Kesy (Deadpool 2, The Strain), Comedian Ron Funches, and Titans star Conor Leslie is co-written by Alan Ritchson (who also has a supporting role in the film) and Joshua Montcalm and marks the directorial debut of Alan Ritchson.

Dark Web Cicada 3301 focuses on the real-life web puzzle known as Cicada 3301. A hacker-based puzzle that is used to recruit the brightest and sharpest minds out there in the world to bring them all together into this cult-like group in a personal pursuit of enlightenment. Labeled as an Action-Comedy Thriller film, the film delivers just that with a stellar performance from Jack Kesy, Conor Leslie, and Ron Funches.

At a glance, Dark Web Cicada 3301 might be intriguing enough to catch the eye of wondering viewers but might turn some of them away due to the film being a smaller film in stature and being tech-based especially in today’s world where due to the pandemic many people are forced to be glued to some sort of digital screen in order to handle their day-to-day.

However, Dark Web Cicada 3301 is much more than that. It’s not just you watching a film of people glued to a computer for the entirety of the film trying to solve this puzzle while also bringing forth the dark side of it and the organizing minds behind it all. The film has a ton of funny moments and those come in the form of Jack Kesy’s on-screen interaction with Alan Ritchson who also had a supporting role in the film.

And at the behest of comedian/actor Ron Funches who adds a whole other layer of funny and awkward moments but also serves as the team’s rock. As he’s always trying to keep Jack Kesy’s character grounded and on the straight and narrow.

Dark Web Cicada 3301 overall delivers what it wanted to deliver and it finds a nice middle ground to keep fans entertained and engaged. With a great balance of action and comedy with unexpected twists and turns, the film will certainly deliver for those who are a bit hesitant about jumping in. Additionally, you have Titans stars Conor Leslie and Alan Ritchson teaming up again to deliver more of that Titans chemistry in another project.

We also had the gracious opportunity to speak to Alan Ritchson and Conor Leslie about Dark Web Cicada 3301 and also spoke about Titans Season 3 briefly and what fans can expect about both Hank Hall and Donna Troy. You can listen to the interview here or in the player below!