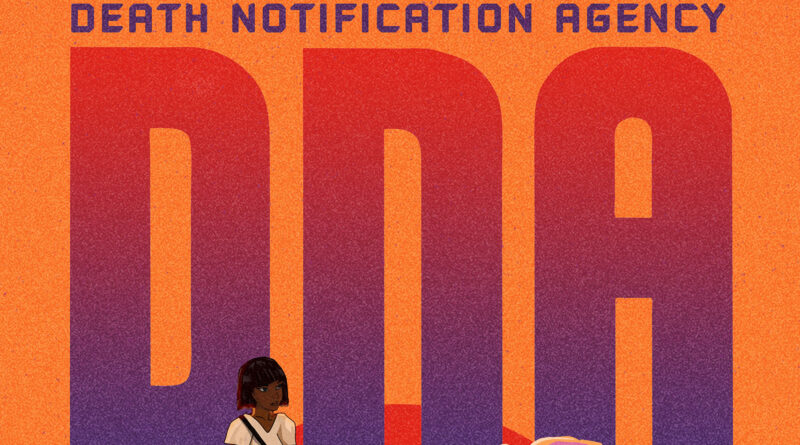 Amazon Studios and Simon Kinberg’s Genre Films have optioned DNA, a neon-noir dystopian novella by writer Julian Meiojas and artist Mad Dog Jones. Set in a twisted future America, DNA follows anti-hero protagonist Ram, a low-level, irreverent “process server” at the Death Notification Agency, who goes on the run after receiving his own death notice and stumbles into a larger conspiracy. Meiojas, an established television writer and producer for series such as Jack Ryan and Ridley Scott’s Raised by Wolves, will adapt the script based on his own series in his first foray into film.

DNA introduces Ramsay Carnes. Known to his friends as “Ram,” he’s a process server – a reaper – for the Death Notification Agency, which is now the biggest government organization in the world thanks to a mysterious and highly-guarded technology that can determine the time of anyone’s demise, right down to the minute. And it’s Ram’s job as a reaper to deliver death notices to soon-to-be-deceased citizens 24 hours before they give up the ghost.

Ram floats through his days letting folks know when their lives are about to go belly up, then heads to Nasty Nate’s Tavern in his aloha shirt to wash down the days with a well-earned drink or ten. But Ram’s simple life is about to get a lot more complicated when one night he receives his own death notice. DNA follows Ram as he now has to outrun his own death, traveling from sweat-drenched Florida down elevated sky roads to New York City, where the DNA’s skyscraper headquarters hides a secret that—if Ram digs deep enough—could unravel the truth behind not just his own death notice but the life and death business as he knows it.

“Death Notification Agency by Julian Meiojas is a laser-powered sci-fi noir action of the highest order,” said the NeoText execs. “We couldn’t be more thrilled to keep building the DNA book series and brand with Amazon, Simon Kinberg, and Audrey Chon as Julian adapts Ram’s saga for film.”