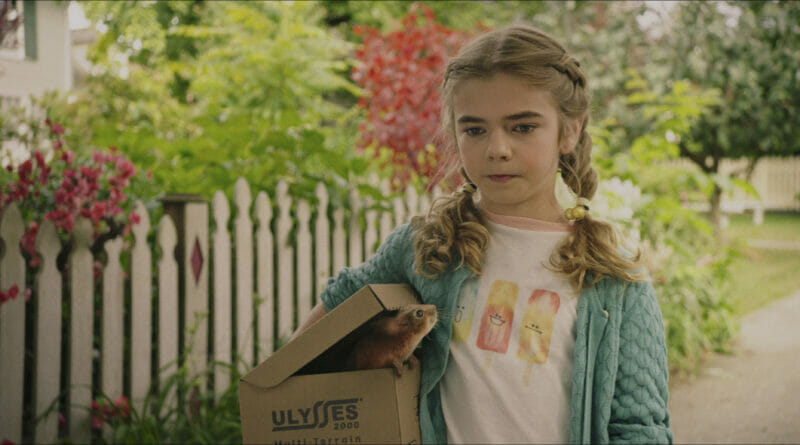 Flora and Ulysses Review: Is a Fantastic Family-Friendly Superhero Movie That Makes Full Use of Disney’s Acquisition of Marvel


Flora and Ulysses is a fantastic family-friendly superhero movie that makes full use of Disney’s acquisition of Marvel in ways that have not been utilized in the past, further emphasizing the ingeniousness of the merger.

The main premise of Flora and Ulysses is that of a comic-book enthusiast ten-year-old, Flora, who is dealing with her parents’ separation. Her parents are both struggling with the new circumstances of their relationship. Flora’s mother, a romance novelist, uninspired since the separation, and her father, a failed comic book artist, beaten down by rejection. Flora’s life suddenly changes when she saves a squirrel, whom she names Ulysses, from a robot vacuum. Flora realizes that Ulysses possesses powers similar to the heroes that she reads about in her comic books. It is through their relationship that hijinks ensue, antagonists are introduced, and familial issues resolved.

On the surface, Flora and Ulysses may seem like a typical Disney family film. With its “talking” animals, a family on the verge of collapse, a child incapable of accepting their new status quo, a quirky fun dad, and a ridiculous villain, Flora and Ulysses could have easily phoned it in, as a generic straight to the Disney Channel films that have been produced in the past. As the eighteenth Disney+ original movie it is one of the first that feels designed for this medium.

Flora and Ulysses are reminiscent of the spectacle of the Wonderful World of Disney, it’s fun, heartfelt, and should be enjoyed by families sitting on their couch together. With a film like Flora and Ulysses Disney could bring back the enthusiasm and excitement that they had with TGIF or The Disney Sunday Movie. With Flora and Ulysses Disney does what they do best, and that is create amazing family films, a formula that other streaming services haven’t seemed to have fully figured out.

What’s terrific about Flora and Ulysses is it allows its stars to shine, the cast is not notorious A-list celebrities who inflate the budget of similar family fare, but are incredible at what they do. Alyson Hannigan (How I Met Your Mother, Buffy the Vampire Slayer), the most well-known of the cast, proves once again how likely she is, regardless of what she is in. Ben Schwartz (Parks and Recreation, Sonic the Hedgehog) is a literal joy and shows that he is leading man material, elevating every scene that he is in.

The rest of the cast is primarily made up of the voice cast of the most recent Ducktales series, including Schwartz himself, Danny Pudi (Community), Bobby Moynihan (Saturday Night Live), and Kate Micucci (Garfunkel and Oates). Pudi also does a terrific job as the squirrel-hating animal control expert, who adds slapstick levity to the film, feeling like a villain directly from a cartoon, in all the best ways. It is the children in family-friendly entertainment that can make or break the film, but that is where Flora and Ulysses shine. The titular Flora, Matilda Lawler (Station Eleven), is an adorable delight throughout the film, selling us hook, line, and sinker on the ridiculous plot of a superhero squirrel.

Where Flora and Ulysses stumbles is on what it could have been, though it makes references and allusions to the likes of Spider-Man, Wolverine, Daredevil, Silver Surfer, and many others, it would have been amazing had this movie existed within the greater MCU. It would have been a great place to plant the seeds for the eventual introduction of Squirrel Girl. Not that they can’t retcon it down the road, similar to what they seem to be doing with Venom and Morbius, but this would have been the ample time to start laying the groundwork for other lighter family-driven MCU properties.

I was thrilled with this movie, as my own young children are not yet at the age where the MCU is accessible, in their overlong run times, their interconnectedness, and their complex plot points. Flora and Ulysses seemed to fill the perfect void that Marvel is not tackling, fun-family adventures geared to a younger audience. That being said I’m excited to see how director Lena Khan’s relationship with Disney moves forward, as this is merely her second directed feature film. She clearly has an eye for what makes Marvel movies so successful, and lovingly incorporates it into Flora and Ulysses.