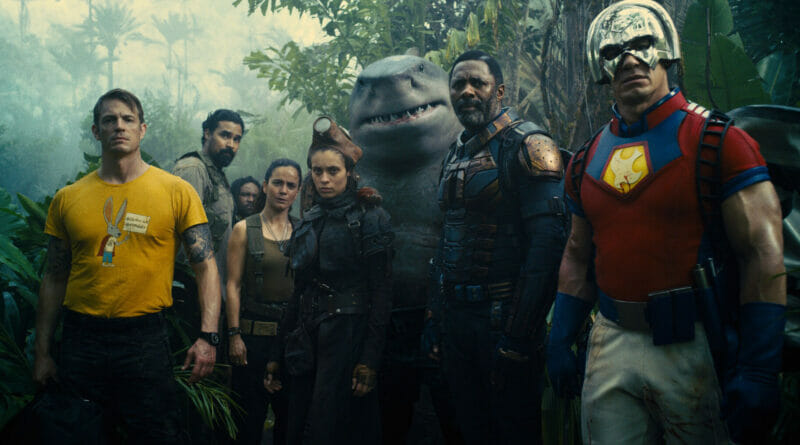 Everything Coming To HBO Max in August 2021

August is the last month of the summer but HBO Max is making sure to keep things hot all month long. Here’s a list of all the titles coming to HBO Max in August including the highly anticipated “The Suicide Squad” directed by James Gunn and “Titans” Season 3. Before we dive into that, here are our choices of shows and films you must watch on the streamer this coming month.

From writer/director James Gunn comes Warner Bros. Pictures’ superhero action-adventure “The Suicide Squad,” featuring a collection of the most degenerate delinquents in the DC lineup—including Bloodsport, Peacemaker, Captain Boomerang, Ratcatcher 2, Savant, King Shark, Blackguard, Javelin and everyone’s favorite psycho, Harley Quinn—who will do anything to get out of prison—even join the super-secret, super-shady Task Force X on a do-or-die mission.

Titans follows young heroes from across the DC Universe as they come of age and find where they belong. In season three, circumstances draw our heroes to Gotham City, where they will reunite with old friends and face new threats.

Nick Bannister (Jackman), a private investigator of the mind, navigates the darkly alluring world of the past by helping his clients access lost memories. Living on the fringes of the sunken Miami coast, his life is forever changed when he takes on a new client, Mae (Ferguson). A simple matter of lost and found becomes a dangerous obsession. Both Warner Bros. Pictures films will be available in theaters and on HBO Max the same day. Streaming only on the $14.99/month Ad-Free HBO Max plan for 31 days from their theatrical release. On September 13, 1971, the State of New York shot and killed 39 of its own citizens, injured hundreds more, and tortured the survivors. The plan to retake D Yard led to one of the bloodiest days in American history and set the stage for the worst aspects of modern policing. Radical lawyer Elizabeth Fink tells the story of the Attica prison rebellion, and how she exposed the cover-up that went on for decades. Marlon Wayans: You Know What It Is, Max Original Special Premiere