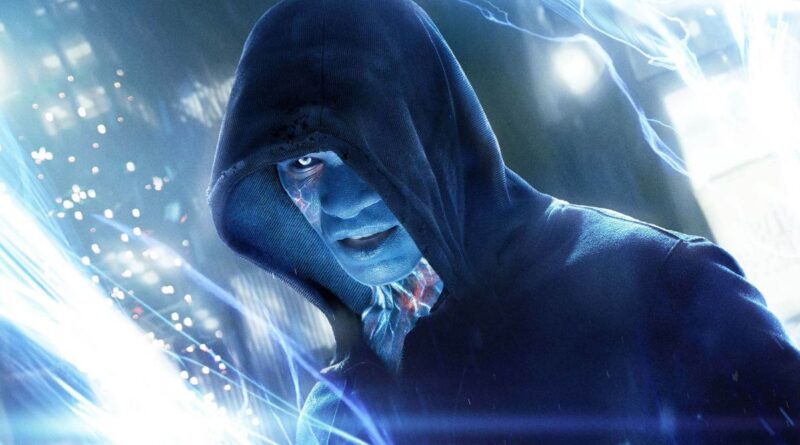 
From Jamie Foxx reprising his role as Electro in MCU’s Spider-Man 3 to the official casting of Kamala Khan, we bring you this week’s biggest Marvel News!

Marvel Studios has been letting loose these past couples of weeks dropping some of the biggest bombs for what’s to come in the future the MCU. While we typically don’t do weekly roundups here at The Nerdy Basement but there has been some HUGE news and rumors making the rounds on the internet as of late, and it’s given fans all around a breath of fresh air and a glimmer of hope to look forward to 2021.

Let’s start off with one of the most shocking news to come out of Marvel Studios in a very long time. Do you guys remember Electro? Max Dillon? Played by Jamie Foxx in Sony Pictures’ The Amazing Spider-Man 2 which starred Andrew Garfield as Peter Parker/Spider-Man? Of course, you do! While that film has its fair share of mixed feelings, more so towards the portrayal of Max Dillon/Electro by Jaime Foxx. Some fans out there really enjoy this version of Spider-Man on the big screen.

To be fair, it has some of the best Spider-Man web-slinging scenes of all-time, and nothing has topped it as of yet (sorry not sorry Marvel). The shocking news comes from The Hollywood Reporter who reported that Jamie Foxx is reprising his role as Max Dillon otherwise known as Spider-Man villain Electro in Sony Pictures/Marvel Studios collaboration film, yet untitled Spider-Man starring Tom Holland.

While details for the third installment of Spider-Man films within the MCU canon remain under wraps. Rumor has it that the upcoming Marvel Studios Disney+ Original series WandaVision starring Elizabeth Olsen and Paul Bettany will have some sort of ripple effect thus opening up the multiverse in a big way allowing Jamie Foxx’s Electro to appear in Spider-Man 3. None of this has neither been confirmed or denied by Marvel Studios, Disney or Sony Pictures so let’s just take this bit of information with a grain of salt.

Fans have been eagerly clamoring for a live-action adaptation of the hit comic book storyline ‘Spider-Verse’ written by Dan Slott. Which was recently adapted into an animated feature film by Sony Pictures but with Miles Morales serving as it’s leading Spider-Man, in ‘Into the Spider-Verse’. If you haven’t noticed by now ‘Into the Spider-Verse’ was a massive hit amongst fans and film critics alike. Much so that a sequel is currently in the works and is looking to release in 2022.

While many fans are rightfully concerned about Jamie Foxx’s return as Electro in the MCU. The idea of Spider-Man villains coming from another dimension isn’t something that Marvel Studios and Sony Pictures are pulling out of their a**. In Spider-Man: Far From Home, the idea of inter-dimensional villains was toyed with when Mysterio (Jake Gyllenhaal) first befriends Spider-Man/Peter Parker as a hero from another dimension.

This idea was further explored in 2019’s ‘Avengers: Endgame’ when The Avengers face-off with past versions of themselves and Thanos during the third act of the film. And yes, I know time travel and inter-dimensional travel is something completely different BUT, that’s a doppelgänger nonetheless. Going back to Doctor Strange (2016) when Stephen Strange is fiddling around with the Time Stone.

Baron Mordo warns him about messing with time and how that can open pockets to other dimensions, cause time paradoxes, and fold space. Something that is also briefly touched on in 2018’s ‘Avengers: Infinity War’ when Doctor Strange uses the Time Stone to “see” 14,000,605 different “outcomes” or for lack of a better word “timelines” to see when and when The Avengers would defeat Thanos in battle.

Do you see where this is all heading? Kevin Feige has confirmed that Phase 4 of the MCU will have a heavy focus on the multiverse. This will begin with the aforementioned ‘WandaVision’ series, then further expanded on in the Doctor Strange sequel ‘Doctor Strange in the Multiverse of Madness’. Which starts filming in late October/early November as per Doctor Stephen Strange himself Benedict Cumberbatch.

As for Spider-Man 3, it seems that Marvel Studios and Sony Pictures are setting up a possible live-action debut of the Sinister Six. While also laying down the foundation to an inevitable live-action adaptation of Spider-Verse. And Jamie Foxx’s return as Electro is the biggest indication of that. Who’s to say we won’t see Andrew Garfield or Toby McGuire return as their respective version of Peter Parker/Spider-Man. If we go back Spider-Man: Homecoming, there’s a Mile Morales name drop in the film by his uncle Aaron Davis otherwise known as The Prowler.

With Miles Morales confirmed to exist in the MCU. The pieces of the puzzle are all coming together to form one of the biggest pictures of all-time for one of the most epic Spider-Man comic book storylines of all time. At the time of this writing, Jamie Foxx has posted the news of his return to the role of Electro on his Instagram story which can serve as official confirmation that he is indeed appearing in the upcoming Spider-Man film.

It’s been a long time coming but Marvel Studios has finally found their Kamala Khan in Hollywood newcomer Iman Vellani. Casting for Ms. Marvel was a tough one for Kevin Feige and company as the studio wanted to nail down the right casting choice for the role. Mostly for wanting to stick to the character’s Pakistani-American roots.

Casting an unknown has been a staple of Marvel Studios since the early days of the MCU and it has proven to be highly beneficial for both the actor and the studio. Casting another up and comer was the best option for Marvel Studios when it came to this series.

The future of the MCU is looking nothing less than bright. Marvel Studios remained quiet during the early stages of the pandemic, facing production delays, film, and show delays, and while WB and DC definitely shined and rightfully owned the Summer. Marvel and Disney are looking to own what’s left to enjoy of the year.

With the second season of ‘The Mandalorian’ arriving at the end of this month and ‘WandaVision’ arriving sometime after. 2020 is looking to end with a bang! Leaving us hopeful and excited for what’s to come from Kevin Feige and Marvel Studios in 2021.

The Falcon and The Winter Soldier arrives early 2021. Followed by Black Widow on May 7, 2021, Shang-Chi and The Legend of The Ten Rings on July 9, 2021, and Eternals on November 5, 2021. Production for both She-Hulk and Ms. Marvel starts next year with the former aiming to start filming in the Spring. Casting for Marc Spector aka Moon Knight is expected to be revealed soon. If the announcements for She-Hulk and Ms. Marvel are anything to go by. News on directors, showrunners, and executive producers will be the initial wave of news that will eventually end with the big casting news for Moon Knight himself.