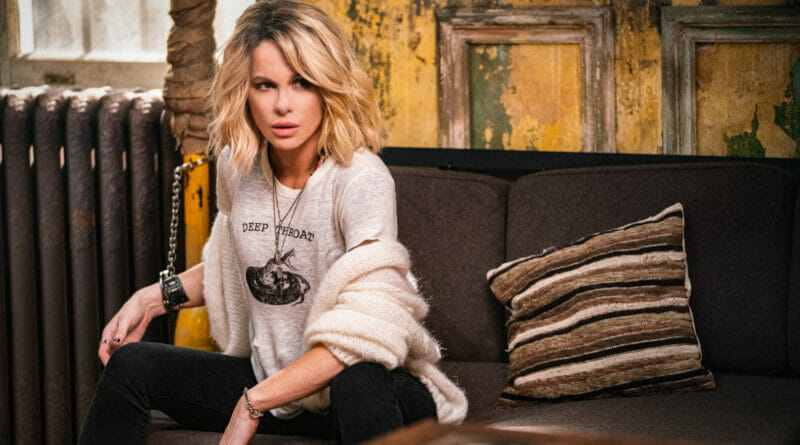 JOLT REVIEW: An Electrifying Spin On Familiar Tropes, Yet Fails To Deliver Something Truly Special


Written by Scott Wascha and directed by Tanya Wexler, “JOLT” follows Lindy played by Kate Beckinsale is a woman with a “strong impulse control problem”, who has zero patience for the irritating and the inconsiderate. Whether it be a man spreader on the subways, bullies, or road idiots, Lindy lashes out with anger and beats them up.

A sign of superhuman abilities and uncontrollable anger issues can always make up for an interesting and entertaining watch, but Tanya Wexler’s action-thriller doesn’t lose its charm after the first few minutes. But completely loses its track and comes off as another pale action movie, filled with so many familiar tropes known to everyone, even those with minimum movie knowledge.

Stanley Tucci plays Dr. Munchin, a therapist who hasn’t given up on Lindy. Munchin creates and develops a vet that is made out of electrodes, which gives Lindy bursts of electric shocks whenever she is overwhelmed with rage and loses control. “JOLT” presents this in the most familiarly known ways, leaving no room for surprises as the film progresses. Lindy goes on a blind date with Justin (Jai Courtney) he charms her easily and things heat up and the following day gets killed and Lindy wants to seek revenge.

First-time writer Scott Wascha turns many action movie tropes into punchlines that come off across as humorous, often feeling forced. “JOLT” does manage to give layers to Lindy and her story but falls flat in trying to change her. Any of the film’s attempts at humor and finding heart in the story feels shoehorned. The main positive of the movie is the buddy cop banter and the dynamic between Laverne Cox’s Detective Niven and Bobby Cannavale’s Detective Vicars, Cox was charming in the majority of her scenes.

Wexler’s direction choices enhance the script to a certain extent and the rest of the cast and crew do put in their best efforts but most go in vain., Kate Beckinsale and Stanley Tucci are a treat to watch as they share the screen in a limited number of scenes and those are some of the memorable ones in the entire film.

Kate Beckinsale tries hard to make a character full of trauma and anger into someone relatable and entertaining and deserves credit for her attempts. While “JOLT” just misses the mark, the ending of the film shows that there is more to her story and the potential of that definitely makes you want to see more of Lindy’s character; but only if it comes with better writing.