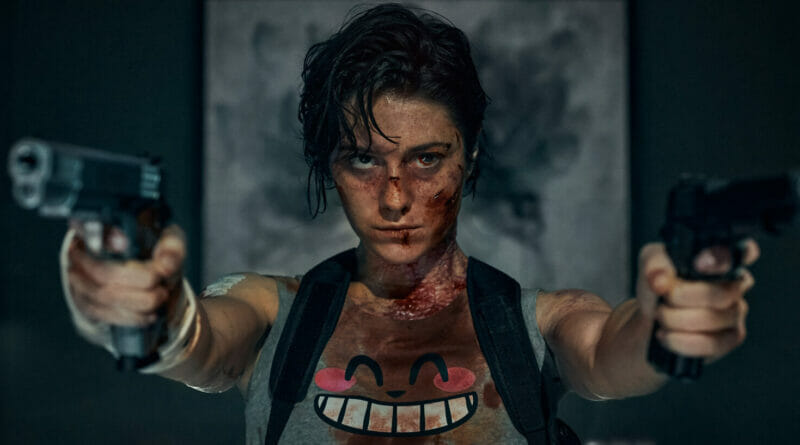 
Although “Kate” delivers some strong performances from its female leads, the action-packed revenge thriller doesn’t provide anything new to the genre

Netflix has just released their all-new original action-revenge thriller “Kate”. The film stars Mary Elizabeth Winstead, Woody Harrelson, and features the feature film debut of Miku Martineau. Directed by Cedric Nicolas-Troyan and written by Umair Aleem, “Kate” follows an assassin named Kate (Mary Elizabeth Winstead) who is operating in Tokyo, Japan. After killing a high-ranking member of the Yakuza, Kate is poisoned and has less than 24 hours to extract revengers on those responsible for poisoning her.

The film wastes no time setting up its plot and showcasing how deadly Kate is as an assassin and how skillful she is in surviving almost every encounter in the film. The film showcases very gruesome but engaging action sequences in the same vein as John Wick but falls a tad bit short of delivering that same impact. “Kate” has many things going for it. It has a very tight script with a lot of deep emotional ties and is heavily character-driven as opposed to other films within this genre that lean more on the action than its story.

“Kate” manages to do both. In addition, the film has great cinematography and direction which are heavily inspired by Japanese culture and anime with the right amount of cyberpunk flair. Complimenting this is the film’s soundtrack which features the likes of BAND-MAID, Aural Vampire, Reol, Chanmina, and many more J-pop artists who create an authentic Japanese vibe and environment.

While these are things anyone who likes Japanese culture and J-pop music can enjoy, you can’t ignore the heavy feel of Americans sticking their nose in countries where they shouldn’t. I couldn’t help but feel like this film would’ve worked better with a Japanese lead as opposed to a Caucasian lead in Mary Elizabeth Winstead. This is no knock to her because she did do a great job in the film but I really feel like this story would’ve worked better with a Japanese lead.

Especially when everyone’s true intentions are revealed. Case and point being Varrick played by Woody Harrelson who sends Kate (Mary Elizabeth Winstead) to unwillingly do his bidding, take out his opposition so he can join the Yakuza while also creating the opportunity for someone within the Yakuza to rise up the ranks. It’s just a little too on the nose in terms of modern-day colonialism and it just didn’t right with me. And by the end of it all, Varrick (Woody Harrelson) just felt like the generic evil white man who wanted to assert his power while gaining more of it.

The biggest standout of the film was Ani played Miku Martineau who as previously mentioned made her feature film debut in this film. She really pushes the emotional envelope and elevates the heart of the story. Providing Kate herself with that sense of relatability and sense of loneliness that she’s suppressed throughout her lifetime. This is what ultimately drives Kat to protect her throughout the remainder of the film (yes, you’ve seen this trope played out many times before).

If you’re someone who is looking for an action film with some great action sequences and nothing more then you’ll definitely enjoy this film to the fullest. If you’re something who was hoping for a little more than what we have already seen then you’ll find it a tad bit underwhelming as it’s not giving you anything you haven’t seen already. I reiterate that the film does have some great moments but by the time it all ends you’re just left wanting a little more.

“Kate” is streaming now on Netflix.