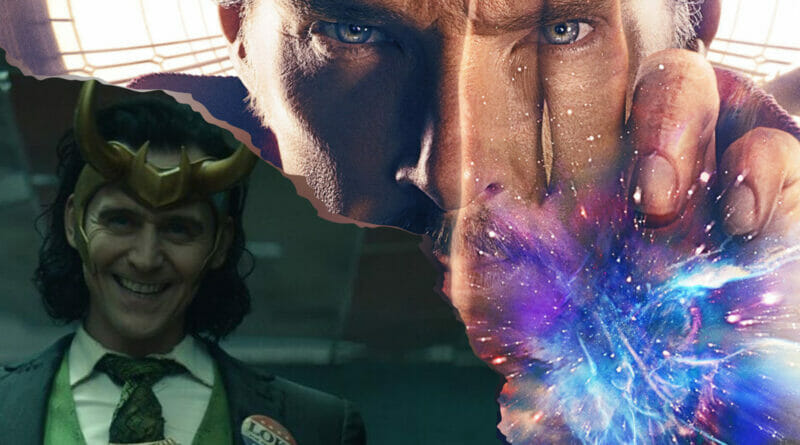 Loki: Tom Hiddleston Expected To Appear In ‘Doctor Strange in the Multiverse of Madness’

As if another season of Loki wasn’t enough. Now that the first season of Loki has officially wrapped, a second season of the hit new series was announced late last night during the show’s final episode. The MCU’s multiverse has been broken wide open and the possibilities of what can come next are literally endless. Whether or not anyone believed that Spider-Man: No Way Home would be an epic multiversal event, even after the head of Marvel Studios Kevin Feige announced that the film would connect to Doctor Strange in the Multiverse of Madness, anything and everything, whether old or new could be cannon to the MCU going forward.

Doctor Strange in the Multiverse of Madness isn’t due out until March 2022 which isn’t that far away. The film will see Benedict Cumberbatch’s Stephen Strange/Doctor Strange try his absolute best to regain control of the multiverse now that it has been thrown into madness following the events of WandaVision and now Loki. The film will also see the return of Elizabeth Olsen as Wanda Maximoff/Scarlet Witch and according to The Hollywood Reporter, Tom Hiddleston is also expected to reprise his role as The God of Mischief in the Doctor Strange sequel as well.

Marvel Studios has yet to fully confirm anything in regards to Tom Hiddleston appearing in Doctor Strange in the Multiverse of Madness. But despite the lack of official confirmation, it’s almost a certain possibility. Now that Kang has revealed himself and busted the sacred timeline (we’ll spare you the more intricate spoilers), the appearance of Toby Maguire and Andrew Garfield’s respective versions of Spider-Man seem all the more plausible.

Whether or not Tom Hiddleston’s Loki does indeed appear in the Doctor Strange sequel, one thing is for sure…we’re in the multiverse now!

Loki Season One is streaming now in its entirety on Disney Plus. Doctor Strange in the Multiverse of Madness will release in theaters on March 25, 2022