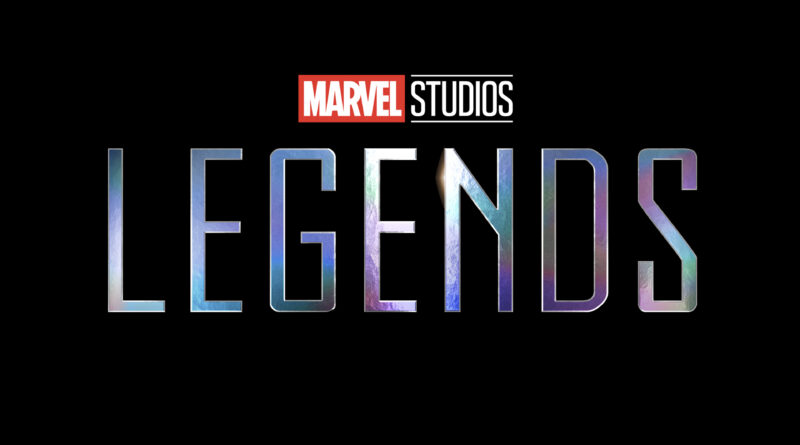 
2021 Will Be A Stacked Year of Releases For Marvel Studios and In This Article, We’ll Guide You Through Every Single Title Marvel Studios Is Releasing In The Coming Year

2020 has been a year unlike any other. From a global pandemic, worldwide lockdowns, an overabundance of film and television delays. These dire times were certainly unprecedented. After Avengers: Endgame many Marvel/MCU fans were left with the burning question…what’s next? Fans got all of their questions answered just a few months later during Marvel Studios’ return to San Diego Comic-Con and their massive takeover of Hall H which has been nothing short of historical and memorable every single time Kevin Feige blesses that stage.

Coming out of Hall H was the official lineup for Phase 4 of the MCU which included many titles like Black Widow, Shang-Chi and The Legend of the Ten Rings, Blade, Captain Marvel 2, just to name a few. Black Widow was slated to kick things off for Phase 4 of the MCU this past May but the global pandemic had other plans, and for the first time since 2009, we were living in a weird time where there was no Marvel Studios content for fans to watch. Given the massive slate of films and Disney+ Original shows coming from Marvel, fans were and still are eagerly desperate to consume Marvel content.

Due to these unprecedented times and lockdowns all throughout Hollywood, and the entirety of the nation, Kevin Feige had a lot of shifting around to do and as I mentioned above all the projected slated to release in 2020 had now shifted to release in 2021. Unlike other film studios like Universal, Paramount, and Warner Bros. Marvel Studios has opted not to release any of their tentpole blockbusters on streaming platforms. While the decision to stick to a theatrical release has bothered some fans, others have met this decision with support and enthusiasm.

And this past week, Kevin Feige cemented his decision to stick to theatrical releases during this year’s Disney Investor Day event which gave us new release dates and new titles coming to Disney+ in 2021 and the future. Let’s take a look at what’s to come from Marvel Studios to both theaters and Disney+ in 2021 and beyond.

Kicking things off with Phase 4 of the MCU is the newly announced Disney+ series Marvel Studios Legends.

Marvel Studio Legends is a new series that will revisit some of the most iconic moments from the MCU, one character at a time. The series will kick off with the two episodes focusing on Wanda Maximoff and Vision and will premiere on January 8, 2021, just a week prior to the premiere of ‘WandaVision’

Premiering January 15, 2021, is ‘WandaVision’. Originally slated to release late this year (2020) due to COVID delays and reshoots Marvel Studios decided it was best to not only push the release of the series back but also make the new series the official starting point of Phase 4 of the MCU as the multiverse will be a huge theme of the overall phase. The events of WandaVision will lead directly into Doctor Strange in the Multiverse of Madness starring Benedict Cumberbatch and Elizabeth Olsen and will be directed by none other than Sam Raimi.

What was once the official starting point for Phase 4 of the MCU is now the midway point of a truly epic year for Marvel Studios. Black Widow was slated to release in May of this year but due to the coronavirus pandemic, it was delayed not once, but twice. This past week at the Disney Investor Day event, Kevin Feige cemented that Black Widow will still release in theaters on May 7, 2021.

We all know the fate of Natasha Romanoff after the events of Avengers: Endgame. This solo outing for Black Widow which was long-overdue will introduce us to a number of new characters including Yelena Belova (Florence Pugh), Red Guardian (David Harbour), Taskmaster (O.T. Fagbenle), and Melina Vostokoff (Rachel Weisz). Black Widow will also feature Willaim Hurt as Thunderbolt Ross and it has been speculated that Thunderbolt Ross will be putting together his Thunderbolts team, hence the connection between this film and The Falcon and The Winter Soldier.

Additionally, the long-winded secret that is the events of Budapest will finally be shown in the Black Widow film which means that Jeremy Renner will be returning as Clint Barton/Hawkeye prior to showing up in his own solo series featuring Kate Bishop.

One of the MCU’s most highly anticipated Disney+ series, Loki heads to the streaming service in May 2021. Although no definitive date has been revealed, we can safely assume its premiere should be about a few weeks after the release of Black Widow. Tom Hiddleston returns as fan-favorite God of Mischief Loki and follows his journey throughout different points in time throughout history and the trouble he gets into after making his escape from the 2012 timeline in Avengers: Endgame.

Although not officially slated for a June 2021 release date and seeing how June is the only month in 2021 without an official Marvel project release it’s almost safe to say that Marvel Studios’ first-ever animated series ‘What If…?’ could take up this unoccupied June slot. What If…? will take moments from the MCU and add a twist to them by asking “What If…?”. What if Peggy Carter was injected with the Super Soldier Serum? What if T’Challe was raised by Yondu and became Star-Lord? What if Jane Foster picked up the hammer of Thor?

Shang-Chi and the Legend of the Ten Rings kick into action at the start of July starring Simu Liu as the titular hero Shang-Chi. This time around we’ll be fully introduced to the REAL Mandarin and his villainous group known as The Ten Rings.

Shang-Chi must confront the past he thought he left behind when he is drawn into the web of the mysterious Ten Rings organization.

Marvel Studios’ Hawkeye series is another series that has been impacted by the wave of coronavirus induced delays. Since its initial waves of delays, Hawkeye started filming last month in Atlanta, Georgia and recently filmed some scenes up in New York which gave us our first look at Hailee Steinfeld as Kate Bishop, Clint Barton’s mentee and heiress to the mantle of Hawkeye.

After a year-long battle for Hailee Steinfeld, Marvel Studios was able to secure the highly sought after actress for the role and officially confirmed her involvement in the series during their panel at the Disney Investor Day Event livestream. Steinfeld also confirmed her involvement shortly after on her personal Instagram page giving us an HD look at her walking into the sunset in her Kate Bishop costume.

Releasing at the start of November is Marvel Studios’ ‘The Eternals’. While not much is know about the plot of the film and even though we have yet to receive even a teaser trailer. The film will tell the story of the MCU thousands of years prior to the start of the cinematic universe.

Coming late in 2021 is the highly anticipated Ms. Marvel series starring newcomer Iman Vellani as she portrays Kamala Khan/Ms. Marvel. Iman Vellani was recently announced to reprise her role as Ms. Marvel alongside Teyonah Parris’ Monica Rambeau in Captain Marvel 2 starring Brie Larson. During Disney’s livestream event and during this very announcement, it was revealed that Captain Marvel 2 was pushed back until November 11, 2022.

As if all the aforementioned projects weren’t exciting enough to get you hyped for a massively eventful 2021. Sony Pictures and Marvel Studios team up once again to bring you another Spider-Man blockbuster starring Tom Holland. A film that is looking to beat Spider-Man: Far From Home’s box office performance with the Mt. Rushmore of returning cast members. From Andrew Garfield to Jamie Foxx, to Alfred Molina to Kirsten Dunst. Spider-Man 3 is looking to fully introduce the Spider-Man multiverse and potentially set up the first-ever live-action adaption of the Spider-Verse.

Just this past week, Kevin Feige announced and confirmed that Doctor Strange in the Multiverse of Madness will tie directly into Spider-Man 3 which will also see Benedict Cumberbatch reprise his role as Doctor Stephen Strange. There’s no word on whether or not Elizabeth Olsen will also reprise her role as Scarlet Witch in this film, given how she’ll be a co-lead in the Doctor Strange sequel which will be dealing with the ramifications of her actions in WandaVision.

All in all this multiverse story is being told over one show and two films and in the long and short narrative format playing well into the Kevin Feige and Marvel Studios’ plans to further interconnect their films and tv shows as they once planned to do back when the MCU first started expanding their universe.

And there you have it, a detailed guide for what’s to come to both theaters and Disney+ from Marvel Studios. Despite the lack of releases in 2020, 2021 is looking to make up for the lost time and it’s coming in hot. We only have a few weeks left in 2020 so there’s a lot to look forward to in the coming year!