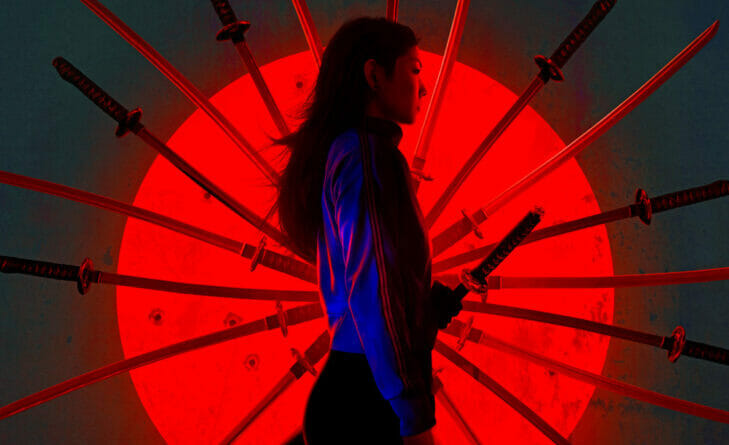 
Yakuza Princess is nearing its official theatrical release this week. The film also premiered during the Fantasia International Film Festival just a couple of weeks ago. Yakuza Princess is co-written and directed by Vicente Amorim and is based on the graphic novel “Samurai Shiro” by Danilo Beyruth and which is set in the expansive Japanese community of Sao Paulo, Brazil — the largest Japanese diaspora in the world.

As part of our press coverage for the film itself in and outside of the Fantasia Festival, we had the opportunity to sit down with “Yakuza Princess” lead star MASUMI, a Japanese-American singer-songwriter and actor who is making her feature film debut with this film. During our interview with MASUMI, we discussed how she got into acting, how she connected with the role of Akemi in the film, and Asian-American representation in the media.

Continue reading below for our full interview with MASUMI!

Tell us about yourself for those who aren’t familiar with you and your music.

Hi, I’m MASUMI I’m a singer-songwriter, actress, and I’m the lead of Akemi in Yakuza Princess.

Was acting something that was always part of your plan, something you always wanted to do, or something that happened along the way as you progressed through your musical career?

I was never thinking of becoming an actress. Music was always my passion, but doing music for a while there was a point where I wanted to step away and a break from music. My husband thought it was a good idea to take some acting classes. So I took acting classes and three months later I got the role of Akemi in Yakuza Princess. It was such a surprising thing that happened to me.

Were you familiar with the source material?

They sent me the comic book and I got to read it prior to reading the script.

Yakuza Princess hits on the themes of identity, coming of age, the fearless female heroine, which of these themes resonated with you the most and really attracted you to this film?

“Honestly, a lot about her resonated strongly with me because I was born in America but I moved to Japan when I was 5 when I was here I spoke mostly English, and then when I moved to Japan I had to learn Japanese and spoke mostly Japanese there. And having that kind of experience I always felt — I feel Japanese but then ai also have this American culture and I’m definitely more Americanized than the Japanese kids that are in japan but I always felt the struggle in that feeling of belonging in the community.

“Who am I? Am I Japanese? Am I American? I felt like I always needed to be either-or. That feeling is what I really resonated with Akemi throughout the film.”

MASUIMI’s response really resonated with me. Not sure if any from our community knows that I am half-Dominican and half-Puerto Rican. I told MASUMI a bit about my upbringing from being born in the United States and then moving to Puerto Rico at the age of six.

Just like MASUMI I had to go from learning English to rapidly having to learn the Spanish language in order to attend school and successfully assimilate to the Latino culture of the island. Something that I have been struggling with now well into my adulthood is that struggle of self-identity. Am I fully American or am I fully Latino?

That sense of not really fitting into either culture has really become prevalent now well into my adulthood and as I venture more into this industry of mass media and entertainment journalism. This is not to say I don’t enjoy being part of both cultures but as the representation has become a more prevalent topic in the world as a whole, especially here in America, I can’t help but to really shed light on my life and see where I really fit and don’t fit in. Something I’m sure any BIPOC can totally relate to.

“There are more people like that nowadays ya know because we’re becoming more and more international so then there’s more melding of the two cultures and I think that’s why this movie is unique and cool. Because Brazil and Japan those two cultures collide and meld into each other.”

And this is why this film stood out to me when it was announced. That blending of Brazilian and Japanese culture and how good the film had interwoven these two into the story felt really unique. Also as a fan of Japanese and Brazilian culture that really added that extra layer of interest in “Yakuza Princess” and speaking to MASUMI about this and getting that perspective from a Japanese-American woman, was great because I found someone who I can relate to despite our semi-different cultural differences. The film also reflects that in a great way.

Also, it is interesting because I was raised in Japan most of the time and I came here when I was close to being an adult so I didn’t really feel the need for the representation because back in Japan I’m seeing myself on tv and in films.

I came here and it wasn’t until I got into the movie industry that I realized that these auditions I’d go to, would ask for a Japanese person so I’d read for it. Most of the time it’s a half-Western and half-Asian person that gets the role but then the lines are in Japanese and they wouldn’t really say the lines correctly in the Japanese language and that was the first time I thought “wow, they’re butchering my language” and our language carries history, right.

For the first time, I realized that’s how Asian-Americans here feel and representation is absolutely important. We need to feel like we’re seen, we need to see our language represented correctly; that doesn’t mean that other people don’t get the chance to play that character but we want equal opportunities.

How was the training process for Yakuza Princess for you?

We took about a month to do rehearsals for kendo and the fight sequences I did kendo before. I am also a little bit scared of knives and pointy things. We went to a kendo dojo and we had fight rehearsals almost every day and I hope I did a pretty good job.

So “Run, Baby Run,” I wrote this song maybe two years ago prior to filming this movie it was during a time where I was really struggling with music, and I wrote the song as a sort of fight song for myself to keep chucking on. I was really happy when it kinda worked for Akemi in the movie because she’s needing to fight on, so it was amazing that I got to use that song; that was one of my “big dreams come true” moments. But we weren’t thinking of using my song in the begging it just happens that it works that way. I just hope everybody goes listen to that original song.

When can fans expect new music from you?

With the launch of the movie in the U.S. which is September 3rd, I’ll be releasing some new music so be on the lookout, please!

YAKUZA PRINCESS follows orphan Akemi (played by pop star MASUMI), who, upon turning 21, discovers that she is the heiress to half of Japan’s expansive Yakuza crime syndicate. After forging an uneasy alliance with an amnesiac stranger (Jonathan Rhys Meyers, History Channel’s The Vikings) who believes an ancient sword binds their two fates, Akemi unleashes war against the other half of the syndicate who wants her dead.